Fourth seeds India will be meeting top seeds South Korea in the semifinals on Friday noon. This is India’s best ever show as a medal is assured 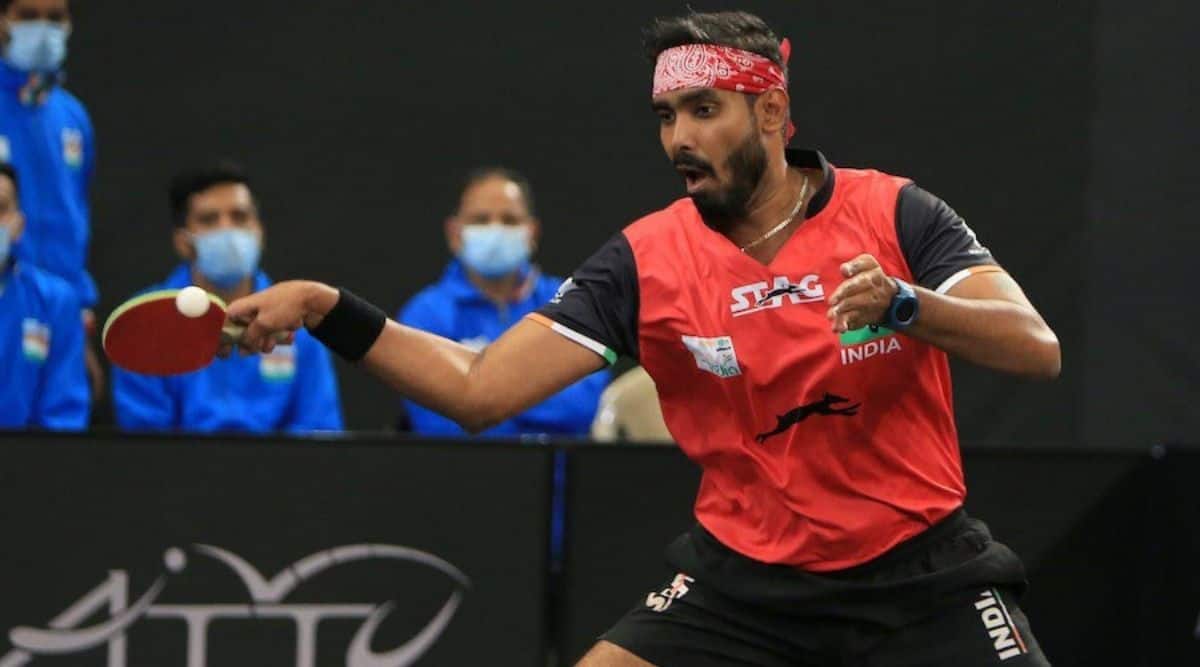 India made history by assuring a medal for the first time in 25th Asian Table Tennis Championships at the Lusail Sports Arena, Doha in Qatar when their men’s team stormed into the semifinals on Wednesday.

Jang Woo-jin, the highest ranked men singles player in the tournament, gave the Koreans a flying start against Lam Siu Hang. However, Hong Kong’s Wong Chun Ting levelled by beating Lee Sang-su but Lim Jong-hoon brought Koreans back in driver’s position with a win over Ho Kwan Kit and in the crucial fixture Jang, as expectedly, overcame Wong to make the expected semi-final place.

In the other semi-final, second seeds Japan will face Chinese Taipei.

“It’s the first time in my two decade-long career that India is playing in the semi-finals of the Asian Championships. I’m proud and really really happy to reach the milestone. I will assure all, this is just the beginning. We’ll not be satisfied with an assured bronze medal and we’ll go for the gold medal,” Sharath told indianexpress.com from Doha on Thursday after a training session.

In team events, all semifinalists are assured of, at least, a bronze medal.

“There were tries and misses in the earlier editions. In a few of our quarterfinal matches we could not convert match points into wins. Now that we have reached this far, why can’t we go further? Why should we be satisfied with a bronze medal?” the veteran said.

Sharath readily admitted that the absence of Chinese players has been a blessing to all in the tournament.

The powerhouse in table tennis China were forced to skip the prestigious biennial event which they have been dominating for decades due to clash of their National Games dates and the mandatory (quarantine) protocol they have to follow on reaching Qatar.

“Rankings are immaterial. We (both Indians and Koreans) will clash on equal footing on Friday,” pointed Sharath.

Sharath also said Indians will make an impact in the singles, doubles and mixed doubles events which will follow team events from Friday. “All are fine and happy. We’re all looking forward to beating the Koreans. We’re focussed and confident too. We’ll go for gold,” Sharath signed off.

He also did not forget to praise the women’s team who too reached quarterfinals after winning group matches for the first time before top-seeded Japan overpowered them for a place in the semifinals. “It was a great feat by our women’s team. That’s why I said earlier this is going to be a fresh start for table tennis in our country. More to come,” Sharath said.

Sleep deprived Indian women overcame Uzbekistan 3-0 in a group winners match to make it to the quarterfinals on Wednesday morning. A league match between Iran and Indonesia went to the wire taking maximum attention and time even as India’s second and final group match against Nepal to decide Group 1 leaders also got delayed on the opening night on Tuesday. India also defeated Jordan in the first group match on Tuesday. Indians reached here without their top star Manika Batra who was dropped after she failed to attend the mandatory national camp in Sonepat.

Meanwhile on Thursday, they beat Chinese Taipei for a place in the 5 to 8 places. And on Friday, in the fight for 5th place, they will meet Thailand who pipped Kazakhstan 3-2 in the place for 5 to 8. The losers, Chinese Taipei and Thailand, will fight for the 7 and 8 positions.