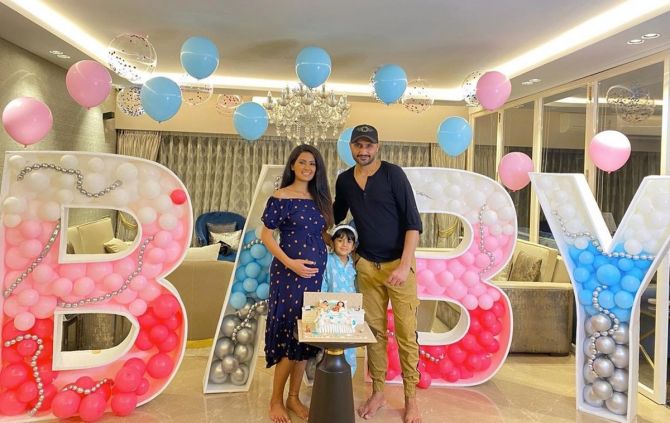 Actor Geeta Basra, who is expecting her second child with cricketer Harbhajan Singh in July, shared some lovely photos from her virtual baby shower.

From Geeta’s post, it appears that her friends, who are in different countries, virtually organised her baby shower with help from hubby Bhajji who played a ‘good accomplice’. 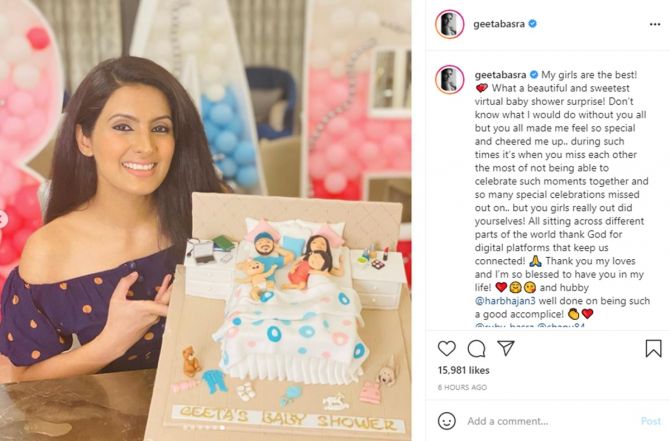 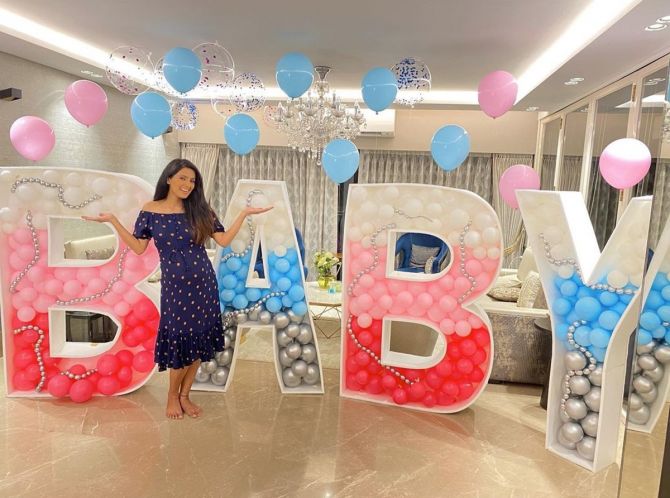 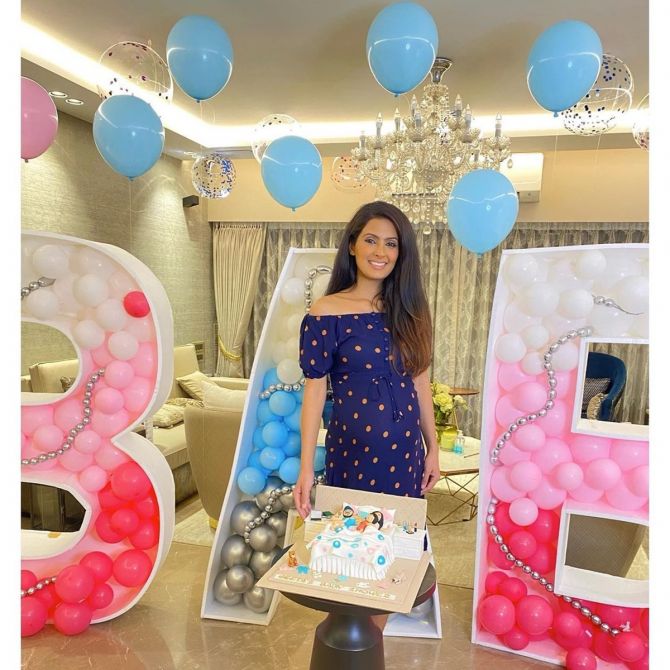 Geeta and Bhajji wed in 2015 and the couple welcomed daughter Hinaya in 2016.