Marcos Llorente and Luis Suárez scored a goal in each half as Atlético came from behind to move six points ahead of Barcelona and eight points in front of Real Madrid. 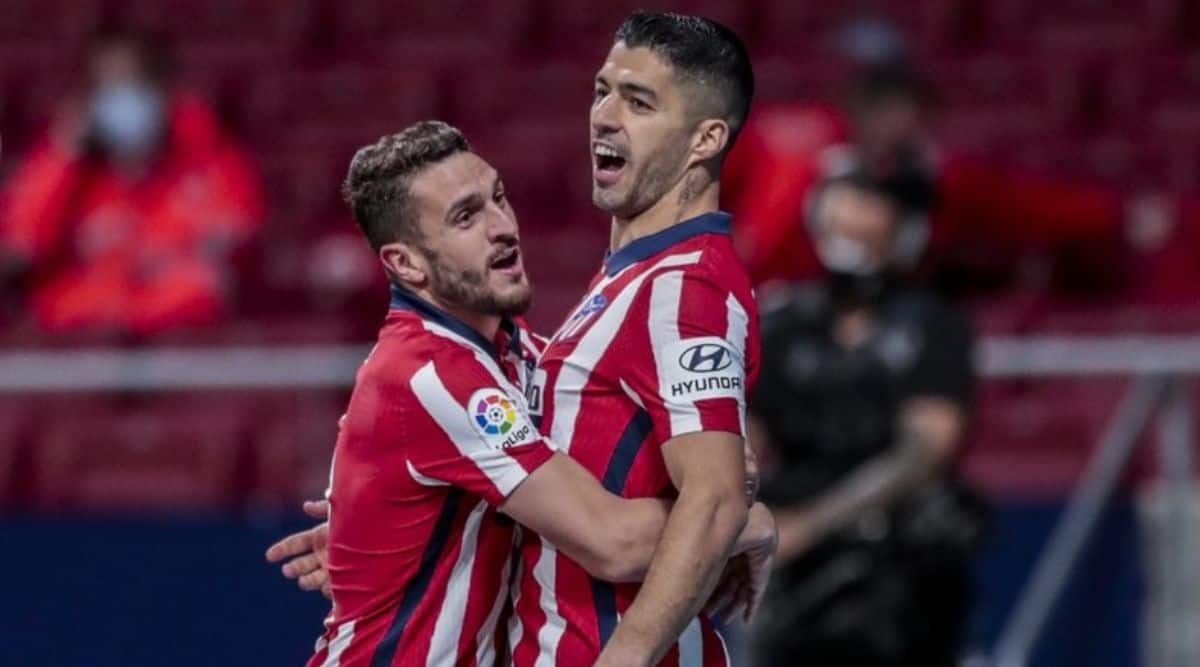 Atlético Madrid put an end to its home struggles in the Spanish league on Wednesday, strengthening its lead in the process.

Madrid ended its three-game winless streak at home in the league by defeating Athletic Bilbao 2-1 in a match postponed from January because of a snowstorm in Madrid.

Marcos Llorente and Luis Suárez scored a goal in each half as Atlético came from behind to move six points ahead of Barcelona and eight points in front of Real Madrid.

Diego Simeone’s team, seeking its first league title since 2014, had been losing ground recently thanks in large part to its setbacks at home.

Atlético conceded in the 88th minute in a 1-1 draw against Madrid in Sunday’s derby at the Wanda Metropolitano Stadium. It was coming off a 2-0 loss to Levante and a 2-2 draw against Celta Vigo in its previous games at home.

All three teams at the top of the standings have now played 26 games. Atlético had been playing with games in hand for most of the time until now.

“This was a special game because now all the teams have the same number of matches,” Llorente said. “These three points were important to keep us at the top and to give us confidence.”

Iker Muniain opened the scoring for the visitors from inside the area after a cross by Iñaki Williams in the 21st minute. Llorente equalized with a header that deflected off a defender in first-half injury time, and Suárez scored the winner by converting a penalty kick in the 51st after he was fouled inside the area.

It was Suárez’s 18th goal in the league, moving him within one of scoring leader Lionel Messi, his former teammate at Barcelona. The Uruguay striker also scored in the derby against Madrid at the weekend.

Athletic, sitting in eighth place, missed a chance to move closer to the European qualification spots. It is four points from seventh-place Villarreal.

“It hurts because we played a great first half but ended up conceding just before halftime and then they scored again early in the second half,” Muniain said. “That settled the match. We are upset because we could have done better.”

The Basque Country club coached by Marcelino García Toral will play in consecutive Copa del Rey finals next month, including the one postponed from last season because of the coronavirus pandemic.

The team visits Getafe on Saturday. Next week it will travel to England to try to reverse a 1-0 first-leg loss to Chelsea in the round of 16 of the Champions League.