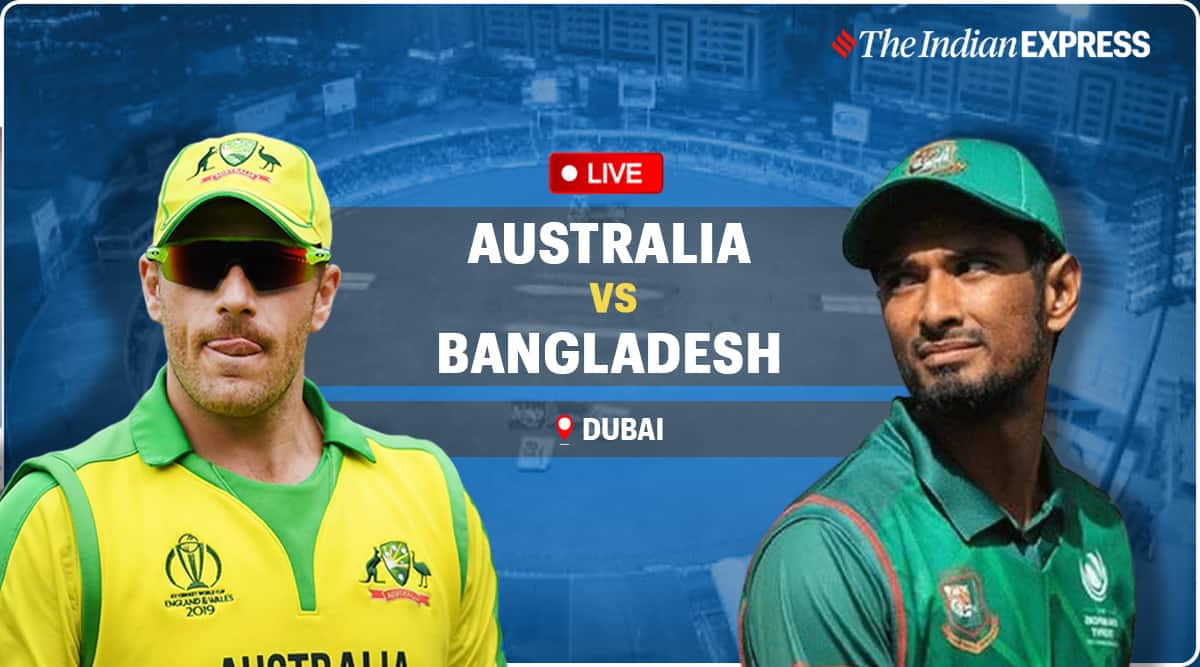 Australia vs Bangladesh LIVE Cricket Score: With four losses in as many games, Bangladesh are out of the tournament but Australia remain very much in the semifinals race after two wins in three games. Australia, albeit a depleted squad, lost a T20 series in Bangladesh earlier this year and they will also be looking to settle scores for that. Bangladesh will have to play out of their skins against Australia for a consolation. Their batting has let them down through out the tournament and they can only go up from the 84 all out against South Africa.

The Aaron Finch-led side was looking a formidable unit until England blew the arch-rivals away, exposing their vulnerabilities. Finch got runs against England but the top-order has been inconsistent and he and David Warner will be looking to give the team a flying start. Questions were raised when left-arm spinner Ashton Agar replaced Mitchell Marsh in the playing eleven against England. It remains to be seen if the team sticks to the same combination. Glenn Maxwell has also not set the tournament on fire yet and the team will be relying on him, Marcus Stoinis and Matthew Wade to provide a bagful of runs in the last five overs. Australia’s high profile pace attack comprising Pat Cummins, Josh Hazlewood and Mitchell Starc was put to sword by Jos Buttler but they will be expected to return to their efficient ways against Bangladesh.