Australia's new squad member Peter Handscomb will be thrust into the cauldron of Thursday's World Cup semi-final against England as a replacement for Usman Khawaja, coach Justin Langer has said. 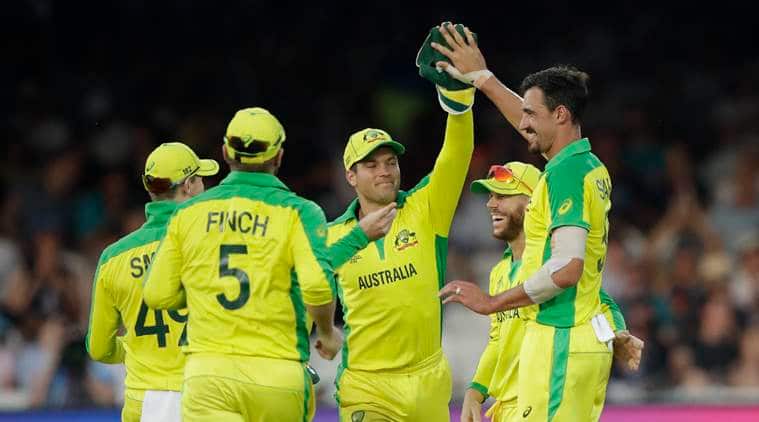 Australia’s new squad member Peter Handscomb will be thrust into the cauldron of Thursday’s World Cup semi-final against England as a replacement for Usman Khawaja, coach Justin Langer has said.

Langer also confirmed that all-rounder Marcus Stoinis had passed a fitness test and was ready for Edgbaston while refusing to guarantee the mercurial Glenn Maxwell a place in the team.

With Matthew Wade in reserve after showing good form for Australia A, Maxwell could be dislodged by the former first-choice wicketkeeper.

“He’s played a lot of international cricket before, he’s a real seasoned pro, he’s had an unbelievable 12 months or so in domestic cricket,” Langer said of Wade. “He’s had unbelievable few (games) for Australia A. He’s confident, he’s a had a little baby so he’s pretty happy with life at the moment. With his experience, if he plays, then we’re confident he’ll do a really good job.”

Handscomb missed out on a place in the original squad, having to make way as Steve Smith and David Warner were reinstated after their ball-tampering bans expired.

“He deserves it, he was really stiff not to be on this tour,” Langer said. “He was so unlucky not to be in the initial squad after what he’d done to help us get to that point. He’s in good form, he played well for Australia A, he gives us nice balance through that middle order, he’s got great temperament, he plays the spin well and he’s on top of his game. So he’ll definitely play.”

Stoinis, who has battled two side strains, bowled and batted in the nets during training on Tuesday to be given the all-clear but Langer stopped short of saying whether he and fellow all-rounder Maxwell would make the 11 on Thursday.

Maxwell has struggled with the short ball at the tournament and was peppered with bouncers during a net session earlier in the week, getting hit on the forearm by a rising Mitchell Starc delivery that left him screaming in pain.

Australian media reported on Tuesday that Langer took the Melbourne man aside for a long chat during training.

The champions, bidding for a sixth World Cup title, suffered a surprise 10-run loss to South Africa in their last round-robin game, a defeat that left them facing a resurgent England rather than out-of-form New Zealand in Manchester.

Rain washed out play in the other semi-final on Tuesday, with India’s bowlers restricting 2015 finalists New Zealand to 211 for five in 46.1 overs. The match is to continue from where it left off later on Wednesday.