"This is where I belong, and these are the people who make me who I am – back on the court and playing with my partners, this is what life is all about!" Satwiksairaj Rankireddy captioned a happy frame with two teammates — Ashwini Ponappa and Chirag Shetty — who had helped him tide over a Covid-19 recovery. 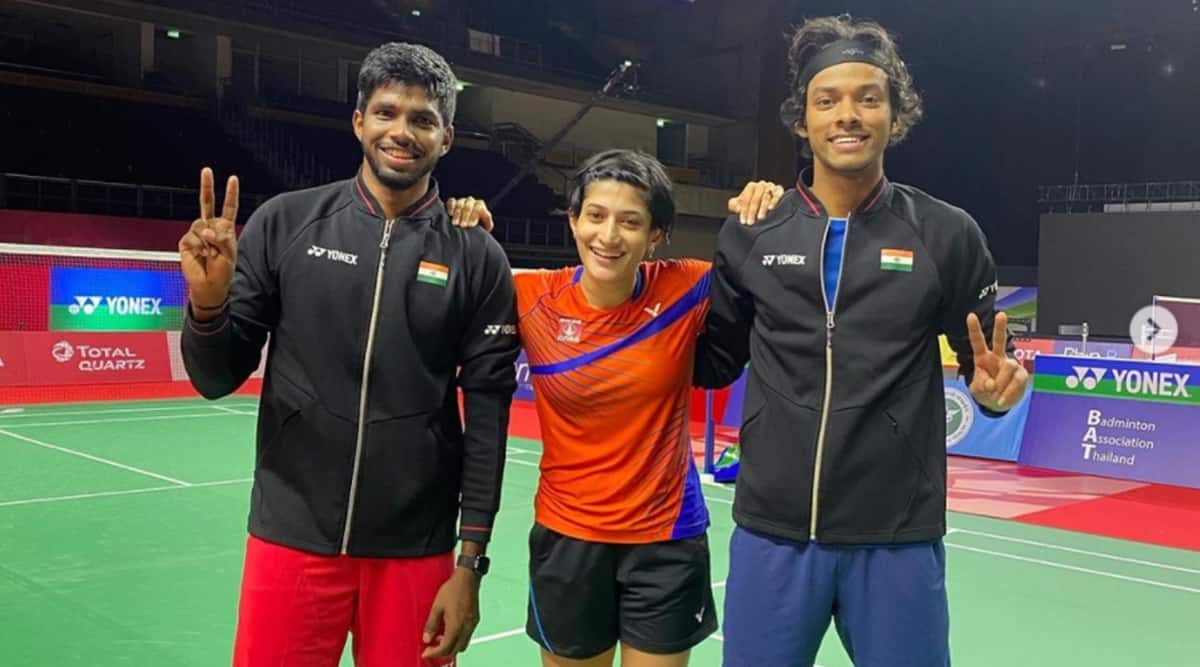 Satwiksairaj Rankireddy had been counting the days. Approximately 300. A season so decidedly wiped off from badminton players’ lives that India’s top doubles name did double takes on the last time he last played on the court. 10 months. 45 weeks later, he would note on the eve of playing his first competitive match at the Thailand Super 1000, posting a picture with two teammates who had helped him tide over a Covid-19 recovery.

“This is where I belong, and these are the people who make me who I am – back on the court and playing with my partners, this is what life is all about!” he would caption a happy frame with Ashwini Ponappa and Chirag Shetty. The mixed doubles pairing will play India’s first game of 2021 against sixth seed Indonesians Hafiz Faizal and Gloria Widjaja.

Badminton, like Parupalli Kashyap’s backhand which he drags from one diagonal corner and whips it to the other cross end, has contrived to stretch the pandemic year of 2020 a whole month into 2021. Determined to wrap up last year’s truncated season, the BWF has packed in an Asian leg of three back to back to back tournaments into a bio bubble in Bangkok.

The real business of qualifying for Olympics will begin only in March. It might explain how shuttlers – usually averse to stepping out of the hotel-stadium routines even in non-virus times during a tournament – have opened up their charming low-key lives to the world on social media.

In the week-long diaries chronicled by the BWF, badminton that stuttered towards only its second pitstop on the tour after the Denmark one off tourney in October, has attempted to put on gleeful filters before the shuttle takes flight at the Impact Arena.

For one, the strict quarantine protocols with players seen as part of a country’s squad and obligated to share training times and spaces, ensured that PV Sindhu and Saina Nehwal had a few pleasant practice hits against each other in the run-up. The two are on collision-course in the quarters, and in pre-pandemic times, it would be unthinkable to watch them train together (most countries with top singles players don’t spar together in badminton, for the record). But the 60 minute training slots have thrown the two big names together, and practice has gone on smoothly.

Saina plays the lanky Kisona Selvaduray, the 22 year old Malaysian South East Asia champ from 2019 in her opener. As a perennial contender for any contested crown, Sindhu will find Tai Tzu Ying in her draw half trying to stop her, while Carolina Marin should fetch up from the bottom half, keeping women’s singles the prime attraction of the sport. Korean An Se Young and local favourite Ratchanok can stop the Spaniard. Sindhu is first up against Danish Mia Blichfeldt, who quipped during the first few days of isolation that she would pick up knitting in the hotel room as a hobby since there was little else to do.

The idea of knitting occurred to Mia, via English doubles player Lauren Smith, who besides packing knit yarns, is setting social media alight with her room workouts including the Copenhagen Holds (a one-hand elbow plank) & Bulgarian split squats (one-leg squats). A particularly boring day cooped up in her hotel room also saw her take videos of rubbing her cheeks and nose across the floor length glass windows.

Danish Anders Skaarup Rasmussen decided very early on to shoot daily videos of pigeon activity – enough for him to identify new additions to the usual suspects who put on a show for him out his window. “We spend so much time in the room, didnt want to watch television,” he explained his bizarre birding subjects.

The Danes have made up 3 Vs 2 warmup games in the tiniest of zones where they play dont-drop-the-shuttle passing parcel. The champion is Hans Kristen Vittinghus, who made no bones about being pleased when World No 1 Kento Momota tested positive and returned from Haneda Airport, shearing the tournament of Japan. China had withdrawn earlier.

Vittinghus would travel with an additional suitcase of food. “Brought normal stuff like clothes, rackets, trainers and all that stuff. Then I have another suitcase full of food,” he told BWF. “I have oatmeal, instant noodles, snacks, protein bars, Danish bread and biscuits. You name it, I have it.”

All sorts of comfort food has found its way in precious jars. Aussie Vegemite and Egyptian roasted almond butter, to keep shutters company. Though first the Indians (“too oily”) followed by Tai Tzu (“too bland chicken breast”) and Carolina Marin (“not athletes food”) have crinkled noses at the bento box offerings dispatched to each of them. The English squad celebrated a beef roast with much glee, while the Russians posted a solitary photo entry of 5 topless men waiting for a bus to take them to early morning training, donning shorts and masks on an empty street.

Thai team buses come socially distanced – wide aisles and single seats, retro fitted to allow space. The 800 odd flock of shutters underwent their third covid test on Sunday with Prannoy and Chirag Shetty trying their best to look cheerful before the cotton swab was pushed up their nostrils.

Sai Praneeth will be on show court against Thai Kantaphon Wangcharoen on Tuesday. Kidambi Srikanth starts on Wednesday against Sourabh Verma, and might run into Prannoy, should the backhand beast best Malaysian eighth seed Lee Zii Jia. Kashyap plays Canadian Jason Ho-Shue, but has Indonesian Jonathan Christie potentially lined up next. While the Danes and Indonesians – both having trained uninterrupted for atleast six months – are favourites to win the men’s singles title, India might want to check out how deep an injury-free singles pack may go into the tournament. 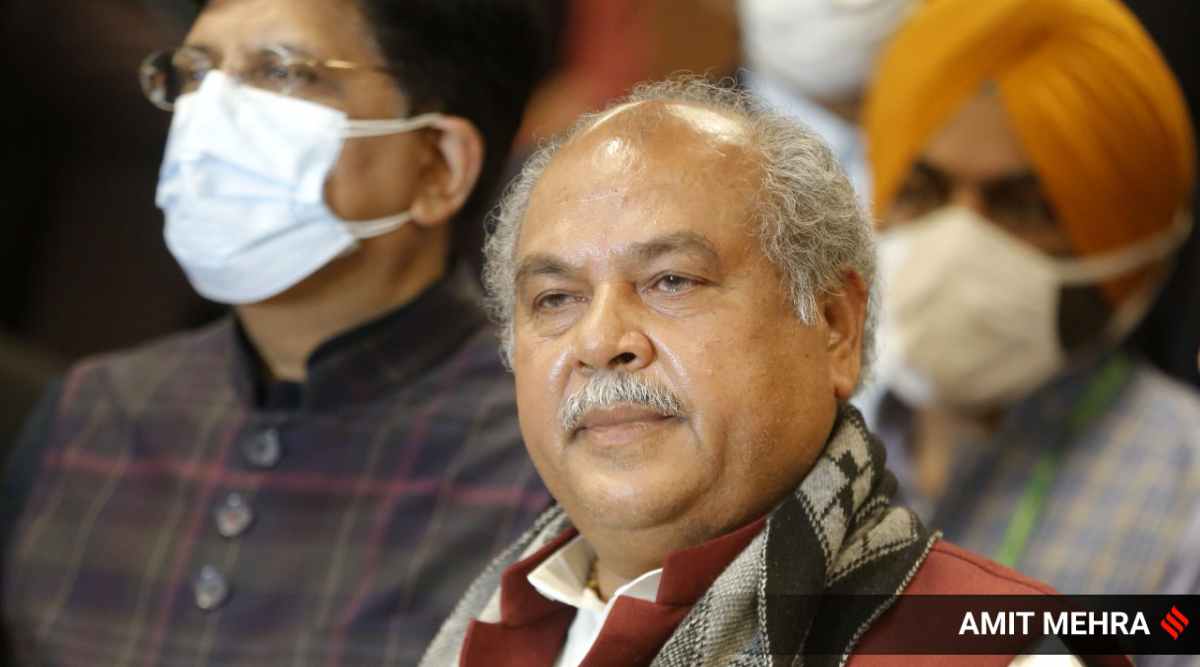