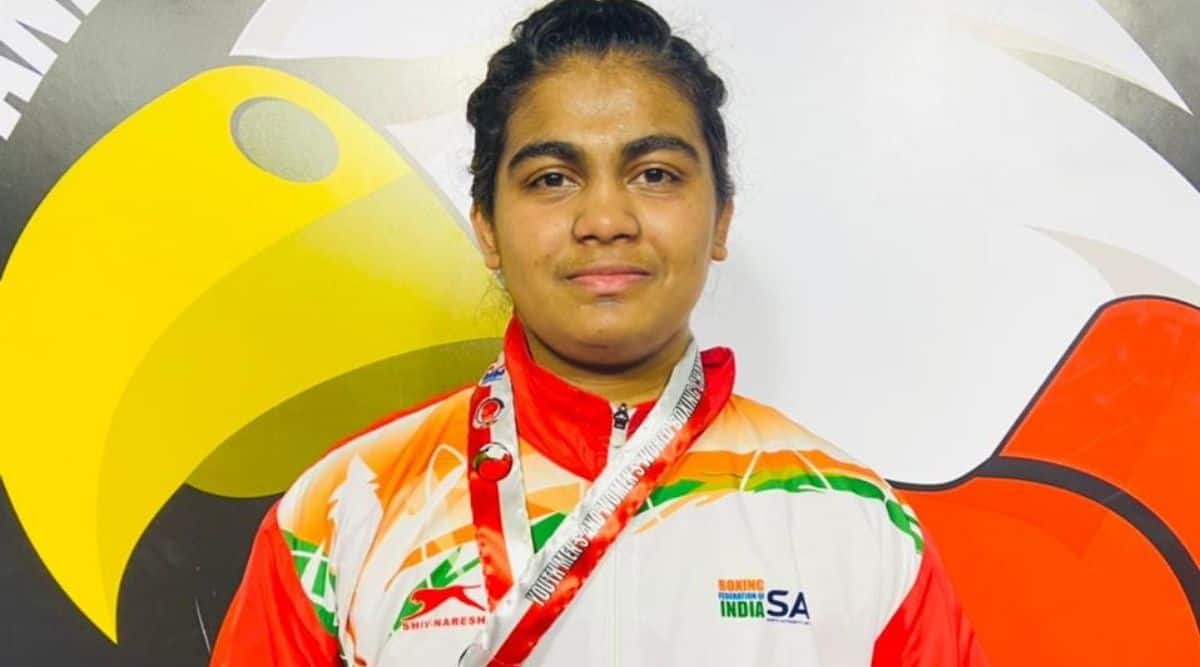 For almost three years, Alfiya Pathan would walk past the halls of Nagpur district’s Divisional Sports Complex of Mankapur after her badminton practice. Her brother Shakib Pathan, a state-level boxer, had been training with NIS coach Ganesh Purohit and Alfiya would wait for his training to be over before both left for their home. On one of the days when she was sitting in the hall waiting for her brother, Purohit turned towards her and jokingly asked, “Boxing khelti kya tu?” (Do you know how to box?)

Alfiya replied, “Bole toh boxing mein kya karna hai? Maarna hai aur maar khana hai.” (What is there in boxing? You either have to hit or get hit.) Laughing, Purohit asked her if she would join his classes from the next day.

For the women’s team, the seven gold medals’ haul bettered their previous winnings of five gold when the tournament was held in Guwahati in 2017. Despite the threat of Covid, the Poland meet saw 414 boxers compete from 52 countries.

Back when she started, while Alfiya joined boxing urged by coach Purohit, her family wasn’t so sure about the move. Purohit had to talk to Alfiya’s father and said, “Don’t let her compete in boxing but at least let her come here and train. Seekhne mein kya takleef hai?” (What’s the harm in learning?)

The NIS coach immediately noticed a couple of things in training. One, Alfiya was left-handed and boxed southpaw – instantly guaranteeing her first-child treatment. Two, she was a willing listener and was good at constant repetition, something that helped when learning the basics of boxing.

In 2017, Indian women had thoroughly dominated lower weight classes – a feat they repeated this time as well. The real improvement though was in the higher weight categories, particularly the +81kg category that normally sees minimal participation from Indians.

Sparring was an issue for Alfiya because she was in a rarefied weight class, especially in India, where boxers are usually abundant in the smaller categories – but the herd starts to thin as weight classes go up a notch. So Purohit took the decision of getting her to spar with boys of either the same or higher weight category.

Even though he felt it was time for her to go to competitions, Purohit said that her father had reservations. Both coach and parent came to the conclusion that if there was a caretaker who went as the manager with her, then competitions could be a possibility. The result of this decision was immediate as Alfiya did well in the state meet and when the next morning her family and relatives saw her face in the local newspapers, her entry into boxing was sealed and delivered.

Her entry into the national level of boxing happened at the 1st Khelo India Games where she won gold in the 80-kg category and fell into the radar of national coaches and started working with junior boxing’s coach Amanpreet Kaur. 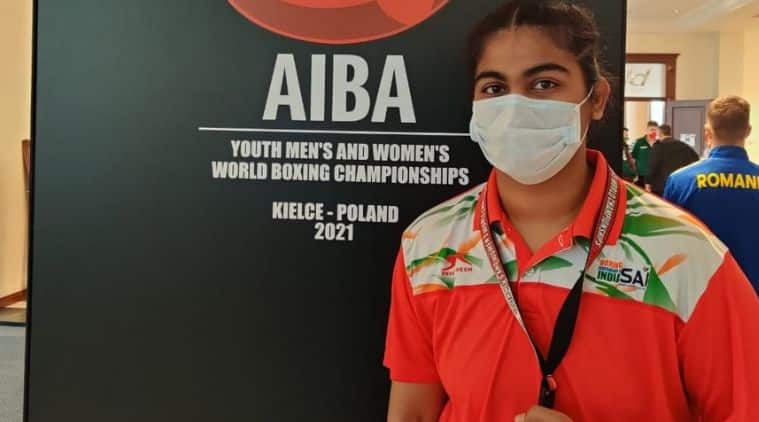 “When she joined the camp in Rohtak, she didn’t have many skills, but there was a killer instinct,” said Kaur to the Indian Express. “At the end of 2018 we went to Kazakhstan for an exposure trip. She was a junior at the time and was sparring with other juniors from the area. Alfiya then had to spar the Kazakhstan youth boxing champion of a higher weight category.” The sparring session was heated and both boxers went neck-to-neck, with Alfiya giving a surprisingly good account of herself. Kaur remembered telling anyone who’d listen that this young boxer was going to bring India an international gold medal.

At the Youth World Championships in Poland, Alfiya’s route to the semi-finals was expected to be as easy as boxing at the world level can be. It was at the semi-finals where the India women’s youth national head coach Bhaskar Bhatt felt that she would face her toughest test of the tournament.

“For Alfiya, we believed that her toughest opponent was going to be the girl from Hungary who was bigger than her in both height and weight. Tactically we were clear that she has to keep a close guard and then attack. We kept screaming that at her in the middle of the rounds as well,” said Bhatt. Alfiya was lagging in the first round but made up for it, listening to the coaches and managed to reach the final.

At the final, she faced Moldova’s EUBC European Youth Champion Daria Kozorez. A 5-0 blanking of the Moldovan ensured just as quickly as Alfiya’s punches were landing. The European champ attempted to make a comeback in the last round, but it was too late as the 17-year-old Indian picked up her first international medal.