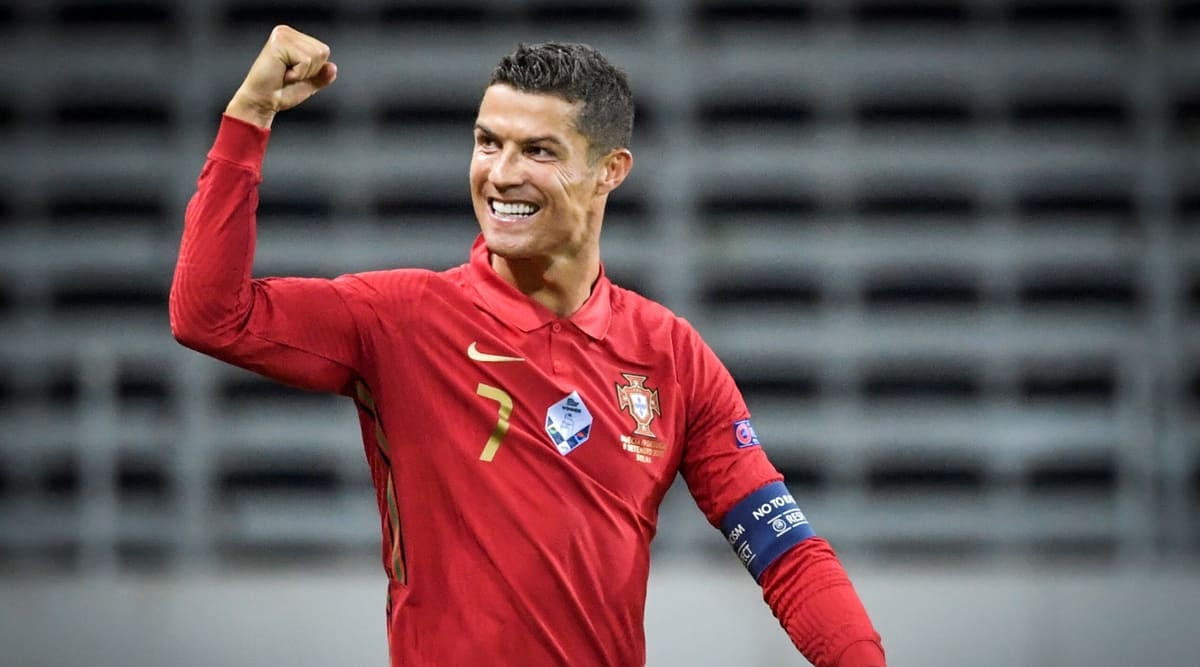 Portugal will play its upcoming World Cup qualifiers with Cristiano Ronaldo, who will have another chance to break the all-time men’s international scoring record.

Coach Fernando Santos on Thursday included Ronaldo in Portugal’s squad, which will have many of the players who participated in the European Championship.

Santos said Ronaldo left Juventus’ practice session with an arm issue on Wednesday but should be fit to join the national team. He dismissed the notion that the star forward will be affected by the rumors about his club future.

“If there is one thing that no one can question about him is his love for the national team,” Santos said.

Seven players from Euro 2020 team were left off Santos’ list, including Atlético Madrid’s João Félix because of injury. Others not included were Nélson Semedo, William Carvalho and Renato Sanches. Ricardo Pereira and João Mário were back in the list after not playing at Euro 2020.

Portugal will face Ireland and Azerbaijan in September. It will also play World Cup host Qatar.