Cricket legend A B de Villiers is set to pick up a set of golf clubs and tee off with former tennis World No 1 Ashleigh Barty at the Icons Series golf event in the US.

De Villiers and Barty will represent Team Rest of the World against Team USA in a 10-hole team match-play tournament in New Jersey on June 30 and July 1.

Swimming legend Michael Phelps and boxing great Oscar de la Hoya are some of the stars who will represent Team USA, captained by former World No 1 Freddie Couples.

Barty, who turned 26 on April 24, announced her shock retirement from tennis in March. De Villiers retired from all formats of cricket last year after the IPL.

Shane Warne played in a previous edition of the Icons tournament. 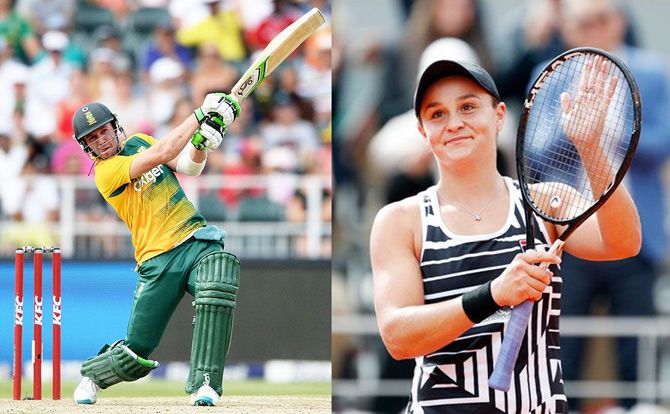