Tweets that Pakistan's Nadeem is blameless for taking his javelin as rules allow for common use. 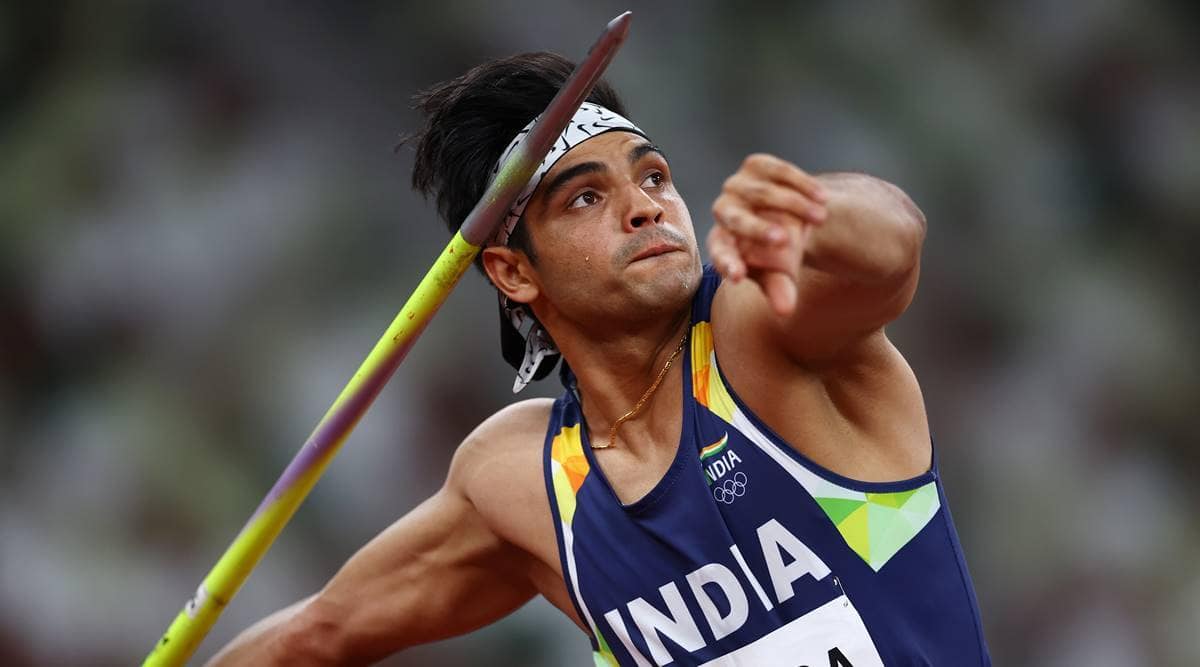 Olympic champion Neeraj Chopra on Thursday asked people not to amplify their ‘vested interests and propaganda’ by twisting his comments from an interview and alluding to Pakistani javelin thrower Arshad Nadeem taking his javelin on purpose during the final in Tokyo.

Chopra had tweeted along with a video clip on Thursday in an attempt to put an end to the controversy being created.

“I would request everyone to please not use me and my comments as a medium to further your vested interests and propaganda. Sports teaches us to be together and united. I’m extremely disappointed to see some of the reactions from the public on my recent comments,” Chopra said in a Tweet.

Chopra had first spoken about this first throw in the final in an interview to The Times of India.
“I was searching for my javelin at the start of the final (in Olympics). I was not able to find it. Suddenly I saw Arshad Nadeem was moving around with my javelin. Then I told him ‘bhai give this javelin to me. It is my javelin. I have to throw with it’. That is why you must have seen I took my first throw hurriedly.”

However, stories curated by certain other news websites, based on the quotes in the interview, and comments on social media painted out Nadeem as a villain.

Chopra, in his video clip on Thursday, put the rules of the sport in focus and said that Nadeem did not do anything wrong.

“An issue (mudda) has come up that I had talked about taking the javelin from Pakistani participant Arshad Nadeem before my first throw in the final (on August 7). It has been made into a big controversy,” Chopra said in a video clip posted along with his tweet.

“It’s a very simple thing, we keep our personal javelin (inside a holding rack) but it can be used by anybody. It is the rule and there is nothing wrong in that. He (Nadeem) had the javelin and was preparing for his throw. I asked him to give it to me for my throw. I am very sad that a big controversy has been created using my name. We, javelin throwers share a good bond and speak to each other nicely.”

During the live telecast of the men’s javelin throw final, Chopra was seen asking for the javelin Nadeem was holding. Nadeem handed it over immediately and Chopra quickly made his way to the runway. His first throw was the unsurpassed 87.03 metres and he followed it up with 87.58 metres, his best effort to win a historic gold for the country in track and field.

International technical official CK Valson said javelins were not for exclusive use of an athlete during a competition. “Personal javelins are submitted as per the stipulated time mentioned in the team manual. Once it is submitted anyone can use that. It is common for everyone,” Valson told The Indian Express.

Chopra made history by winning the gold at the Tokyo Olympics, but the endless stream of felicitations and functions he has had to attend after returning home has taken a toll.

On Thursday, Chopra in an Instagram post said he was cutting short the 2021 season because of a ‘packed schedule’ and a ‘bout of illness’. Chopra was scheduled to participate in the Diamond League in Lausanne and Paris on August 26 and 28 but that is now off the agenda.

“The packed schedule of travel and a bout of illness has meant I have not been able to resume training since Tokyo and therefore, along with my team, have decided to cut short my 2021 competition season to be able to take some time off, recharge and come back stronger for a packed 2022 calendar which includes the World Championships, Asian Games and Commonwealth Games.

“I have been encouraged by all the support to Indian athletics over these past few weeks and would urge you all to keep supporting India and Indian athletics in the months and years to come, Jai Hind,” Chopra posted.

On returning from Tokyo on August 9 Chopra had to attend a series of functions. He felt feverish and was fatigued by August 12 but after a day had to continue to attend events hosted to felicitate him. He also had to cut short his welcome ceremony in Panipat because he was feeling ill. From the capital he has had to travel to Chandigarh, Pune and Mumbai.