Eden Hazard, who joined Real Madrid from Chelsea for a reported €120 million in 2019, has scored just five goals in 54 appearances for the La Liga club. 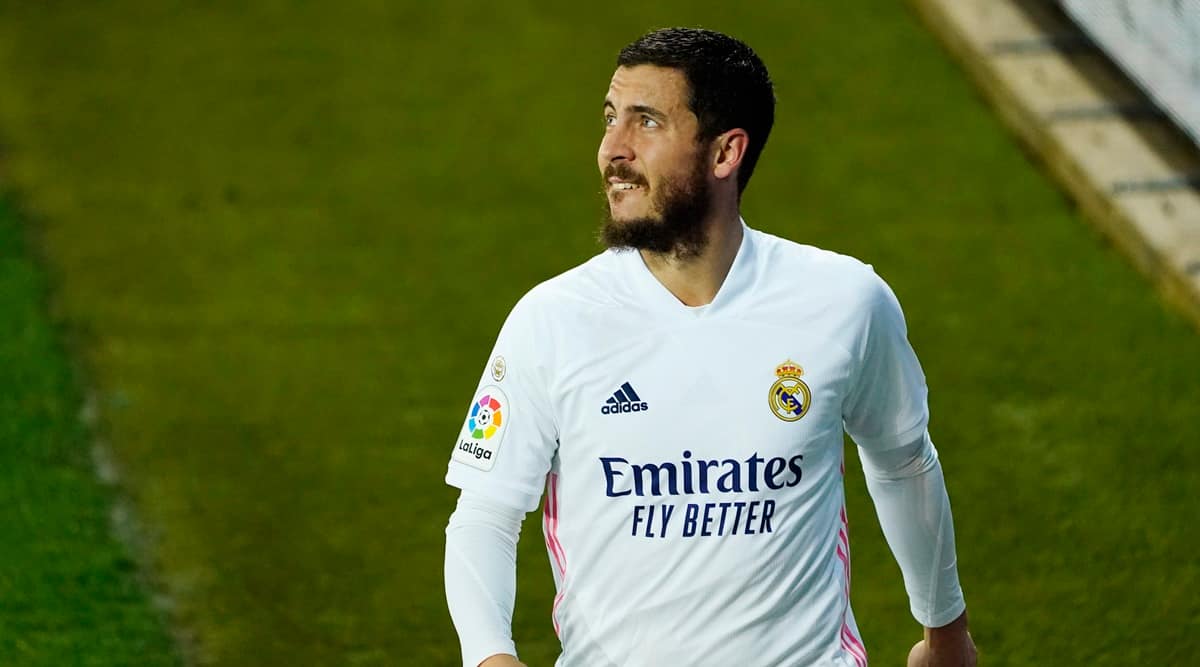 Real Madrid goalkeeper Thibaut Courtois said forward Eden Hazard still wants to succeed at the club despite being hampered by injuries and poor form since arriving in 2019.

Belgium international Hazard, 30, joined Real Madrid from Chelsea for a reported 120 million euros (US$134.94 million). He scored four goals in 21 appearances in all competitions last season but has yet to find the net this campaign, having played 11 times so far.

Hazard has not started a game since their shock 2-1 Champions League home loss to Sheriff Tiraspol in September and was not included in the squad for Wednesday’s return match in Moldova.

“I have known Eden for a long time and know that his dream was to play for Real Madrid. It’s a shame it hasn’t worked out yet as everyone would like it to,” Courtois said.

“I can see that he has got the desire, joy and he wants to help the team. He is looking to improve. It’s not easy to take back your best form when you haven’t played for the last two and a half years.

“He has showed in his entire career he is one of the best players in the world. He hasn’t been able to show it lately, but that talent is not gone and I am sure he will get back, so we cannot kill him believing he is an average player because he is not.”