Kane duly filled his boots, following up his hat-trick in the 5-0 win against Albania on Friday with four goals before halftime, including two penalties, swelling his England tally to 48 to move joint-third on the all-time list with Gary Lineker. 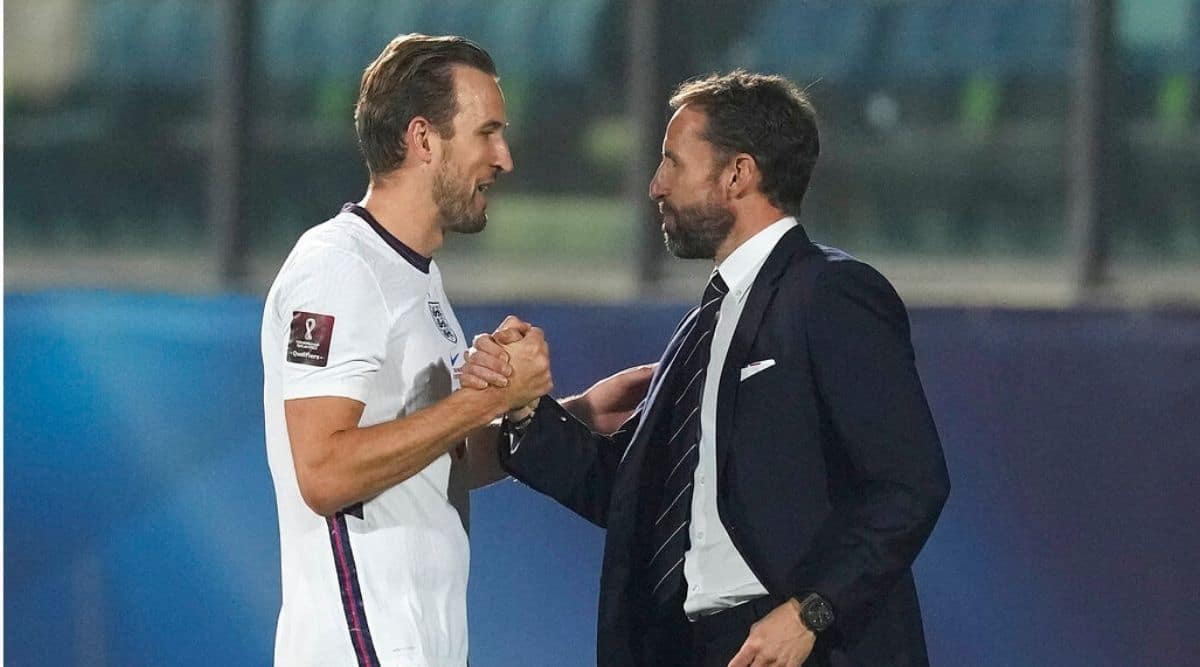 Harry Kane scored four goals in England’s 10-0 demolition of San Marino on Monday as Gareth Southgate’s side made official their place in next year’s World Cup finals in Qatar. In truth England needed only a point against the world’s 210th and lowest-ranked footballing nation to guarantee top spot above Poland in Group I so the only real question was how many goals they would deliver to mark the occasion.

Kane duly filled his boots, following up his hat-trick in the 5-0 win against Albania on Friday with four goals before halftime, including two penalties, swelling his England tally to 48 to move joint-third on the all-time list with Gary Lineker.

Harry Maguire began the rout with a sixth-minute header and Filippo Fabbri scored an own goal before Kane took over to put England 6-0 ahead before halftime. Emile Smith Rowe marked his first England start with the seventh and even after Kane was substituted the punishment continued for San Marino who had Dante Rossi sent off for a second yellow card in the 68th minute. Tyrone Mings, substitute Tammy Abraham and Bukayo Saka all got on the scoresheet in a farcically one-sided match that did little for the reputation of international football. Former England striker Michael Owen said he was “rapidly falling out of love with watching international football” after witnessing what he said was a “pointless game.”While the debate about the worth of such lop-sided fixtures rumbles on, Kane did not care on a night that had statisticians working overtime.

He took his calendar-year haul for England to a new record of 16, became the first England player to score back-to-back hat-tricks since Tommy Taylor in 1957 and the first to score four in a match since Ian Wright against San Marino in 1993.It was also the first time England had scored 10 in a match since a 10-0 rout of the United States in 1964.

In topping the group by six points from Poland, who rested Robert Lewandowski and lost 2-1 at home to Hungary, England scored 39 goals, their highest tally in a qualifying campaign. All that must be countered by the fact that as well as playing San Marino, who have won once in 186 internationals, England also faced Andorra who are not much better.

Things will toughen up from now on but they will arrive in Qatar as one of the favourites. “It came to the last game and we were expected to win tonight but we’ve done a good job. Fantastic to go through,” the 28-year-old Kane, who is now only five goals behind England’s record scorer Wayne Rooney, said.

Southgate made seven changes to the side that beat Albania with Maguire one of those remaining and his thumping header from Phil Foden’s corner got things going. Saka’s shot was then turned into his own goal by Fabbri before referee Rade Obrenovic gave England a helping hand they hardly required with a harsh penalty against Rossi who touched Foden’s volley with his fingertips.

Kane fired past the helpless Elia Benedettini and then swept in his second after 31 minutes from Smith Rowe’s cross. Another penalty for handball saw Kane complete his fifth England hat-trick and a few minutes later he showed some nifty footwork to fire in his best effort of the night. The second half was purely academic, although there was a debut for Conor Gallagher and disappointment for Jude Bellingham who thought he had scored his first England goal only for it to be ruled out.”We cannot do anything about the level of opposition but the mentality and the way they (England’s players) applied themselves was terrific,” Southgate said.