Former Australia captain Steve Smith did not let the crowd get the better of him and responded to the jeers with an impressive hundred to propel his team to 297/9 in 50 overs. 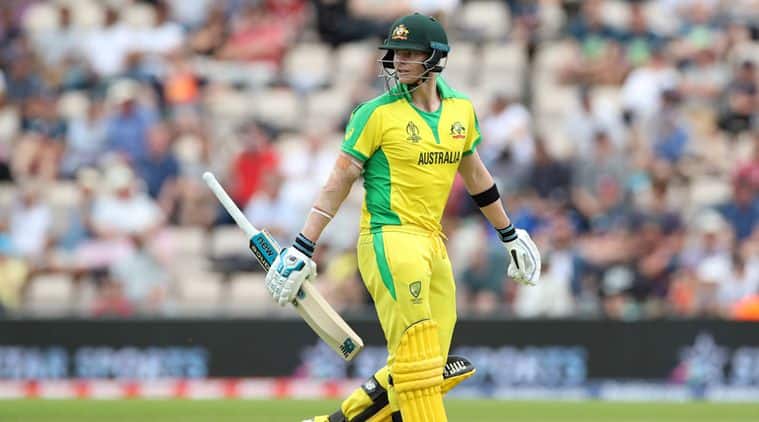 Steve Smith and David Warner, who returned to International action after finishing one-year bans for their involvement in ball-tampering, were welcomed with boos by the crowd as Australia took on England in their first practice match for the ICC World Cup 2019.

The former Australian captain, however, did not let the crowd get the better of him and responded to the jeers with an impressive hundred to propel his team to 297/9 in 50 overs.

After Australia lost the toss and were asked to bat, Warner came out to open with skipper Aaron Finch amidst boos, with a spectator shouting, “Get off Warner you cheat.” Warner fell short of half-century as he departed for 43 to even louder boos.

Replacing Warner was Smith who was also welcomed by chants of ‘cheat, cheat, cheat’. Coming in to bat at No. 4 in the 17th over, Smith’s 79-run partnership for the fourth wicket alongside Usman Khawaja (31)changed the vibe of the crowd as boos got replaced by claps.

After Khawaja’s dismissal, Smith took the onus on himself and helped Australia to a competitive total, putting up 42-run stand for the sixth wicket with wicket-keeper batsman Alex Carey (30).

Steve Smith departed in the final over for 116 from 102 balls after a lengthy deliberation from the third umpire. Meanwhile, Liam Plunkett claimed a four-wicket haul for England.

Former skipper and current assistant coach Paul Collingwood was forced to take the ground as a substitute fielder after England pacers Mark Wood and Jofra Archer suffered injury scares. The 42-year-old, who had led England to 2010 T20 World Cup title, walked out to field after Mark Wood and his replacement Jofra Archer left the ground following injuries.