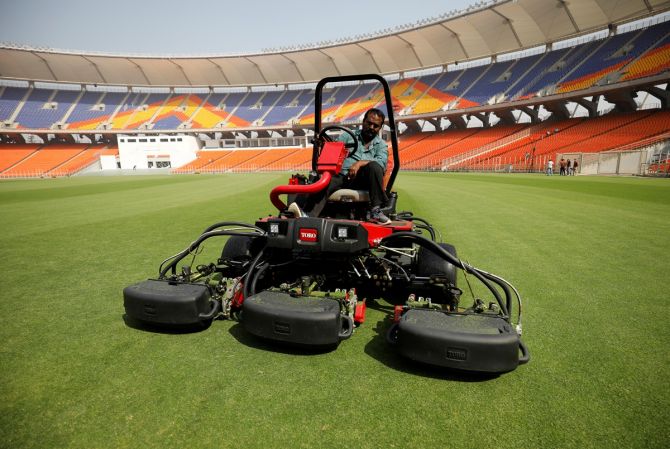 England must register their first win in a pink-ball Test abroad if they are to keep their hopes alive of qualifying for this year’s World Test Championship (WTC) final when they face-off against India at the world’s largest cricket stadium from Wednesday.

New Zealand have already booked their spot for the inaugural WTC final to be held at Lord’s later this year, leaving India, England and Australia vying for the other.

The four-Test series between India and England is currently tied at 1-1 at the halfway stage and Joe Root’s men will need to win the remaining matches to qualify.

The task appears a tad simpler for Virat Kohli’s side, with the hosts needing to win at least one Test and avoid defeat in the other.

Australia’s cancelled trip to South Africa means that Tim Paine’s side are dependent on India and England and would need a drawn series or a 2-1 win in favour of the touring side to set up a WTC final clash against their trans-Tasman rivals.

England have slightly more experience of playing day-night Tests than their hosts but do not have an exemplary record outside their home comforts.

They beat West Indies at Birmingham but lost in Adelaide and Auckland and the Feb. 24-28 Test under floodlights at Ahmedabad’s Motera Stadium will be their fourth outing.

The refurbished stadium, with a capacity of 110,000, has displaced the Melbourne Cricket Ground as the world’s largest for cricket and will be the venue for the remaining Tests.

Local authorities have allowed 50 per cent capacity for the day-night match – only the second in India after the one against neighbouring Bangladesh at Eden Garden in Kolkata in 2019.

India won that match in a little over two days but suffered a defeat in their next one against Australia in Adelaide, where they also suffered the ignominy of posting their lowest ever Test innings of 36.

Players from both sides said last week that the sample size of day-night Test matches was too small to arrive at any conclusion on the behaviour of the pink ball.

Seamer James Anderson, England’s most prolific bowler, said he felt the pink ball swung a bit more in the air during practice than the traditional red one.

“We’ve got a little bit of experience with the pink ball but this is just the second Test in India, the first one in February as well so we don’t know how it is going to behave,” the 38-year-old told reporters.

“The bowlers who get the ball in their hand come the Test match will be hopeful of it doing something and we’ll be hopeful that that gives us a little bit of an edge.”

“Obviously, I’ll be keeping my fingers crossed if I do play and we bowl first, I’ll be hoping it does a little bit.”

England are expected to welcome back Anderson after resting him during the defeat in the second Test in Chennai as part of their much-debated rotation policy while fit-again speedster Jofra Archer will also be available for selection.

The hosts will also receive a boost with the return of rested pace spearhead Jasprit Bumrah while senior fast bowler Ishant Sharma is expected to play his 100th Test match during the day-night affair.