Chelsea slipped up in their push for a Champions League spot when they lost 1-0 at home to Arsenal in the Premier League on Wednesday with Emile Smith Rowe’s first-half goal settling the London derby after a defensive mix-up by the hosts.

The visitors capitalised on a wayward back pass by Chelsea’s Jorginho to goalkeeper Kepa Arrizabalaga who scrambled back to palm it off the line. The ball fell to Pierre-Emerick Aubameyang who cut it back for Smith Rowe to score in the 16th minute.

Kai Havertz spurned a glorious chance to put Chelsea ahead in the 11th minute when the German dispossessed Arsenal defender Pablo Mari, ran through on goal but fired over when he looked certain to score. 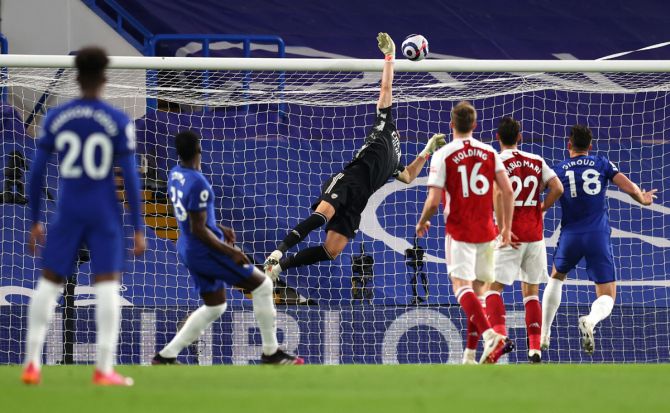 The Blues turned up the tempo as the final whistle approached and almost drew level in the 90th minute when Kurt Zouma’s header was tipped onto the crossbar by Bernd Leno only for former Gunner Olivier Giroud, on as a sub, to hit the bar as well with a volley on the follow up.

The rare defeat under coach Thomas Tuchel – his third in his 26th game in all competitions – left Chelsea in the last of the Premier League’s four Champions League qualifying spots with two games to play. They are six points clear of West Ham United who have three matches left and seven ahead of Liverpool with four.

“It’s still in our hands,” Tuchel told Sky Sports. “We had some good results but we have to cope now with a loss.” 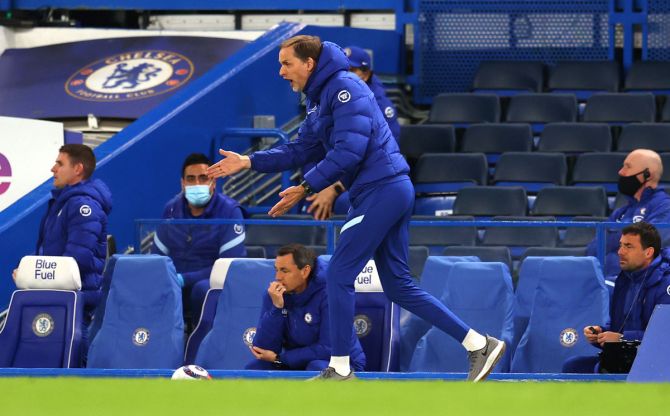 The German said he took responsibility for the defeat, blaming himself for making too many changes to his starting team.

“I’m not happy with my lineup,” he said. “There were too many changes. I should not have done it like this.”

Arsenal edged up to eighth spot but have played more matches than Everton and Tottenham Hotspur, who are also pushing for a Europa League spot.

“I’m very pleased, we haven’t won here in 10 years so it’s very good to get the result,” Arsenal coach Mikel Arteta told the BBC. “It’s a gift because we were pressing through with the right attitude and organisation so you force mistakes.”