Dortmund, who were without the services of Mats Hummels, Julian Brandt, Thomas Meunier, Raphael Guerreiro and Emre Can, began their DFB Pokal defence with a 3-0 win over Wehen Wiesbaden. 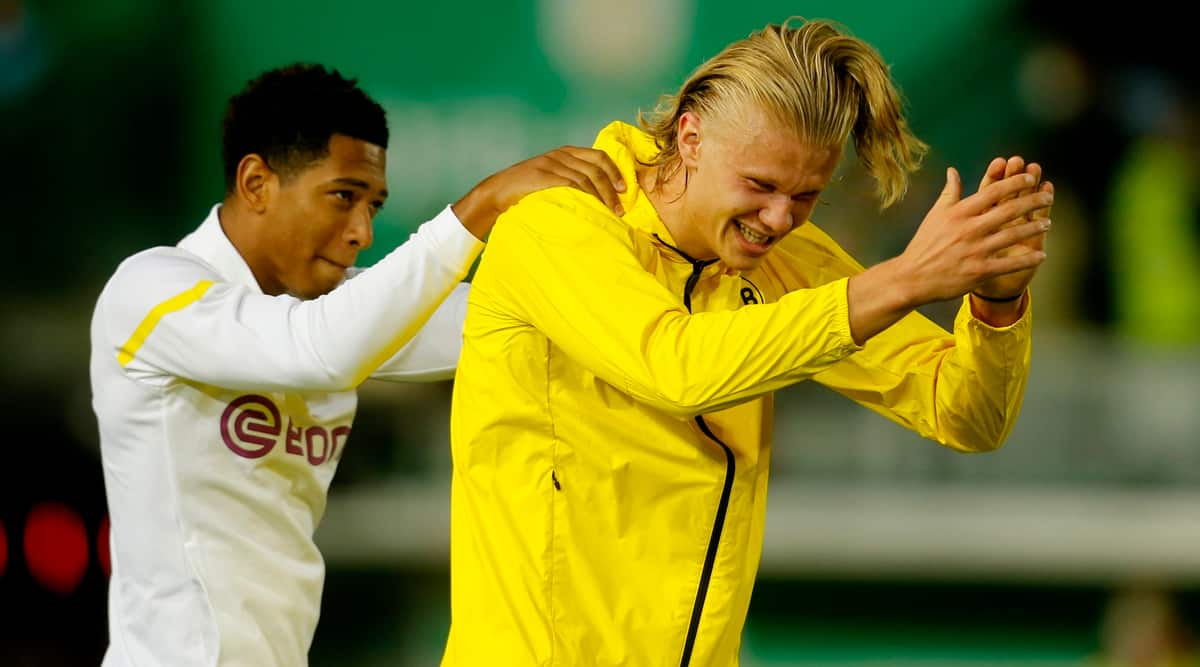 The holders attacked from the off and went close through American forward Gio Reyna, but had to wait until the 27th minute for captain Marco Reus to set up Haaland for his first.

The Norwegian dusted himself off after he was fouled by the goalkeeper to score Dortmund’s second goal from the penalty spot in the 31st. He completed his hat trick early in the second half.

Dortmund was without the coronavirus-infected Julian Brandt and Thomas Meunier, while Mats Hummels, Raphael Guerreiro and Emre Can were not yet fit enough to play. It was Dortmund’s first competitive game with Marco Rose as coach and without Jadon Sancho, who switched to Manchester United in the offseason.

American coach Jesse Marsch enjoyed a flying start in charge of Leipzig with a 4-0 win at second-division Sandhausen.

Old acquaintance Dominik Szoboszlai scored the fourth goal three minutes after coming on as a substitute for his Leipzig debut. The highly-rated 20-year-old Hungarian forward joined Leipzig from sister club Red Bull Salzburg in January but hadn’t played due to injury.

Marsch also arrived from Salzburg, to take over from Julian Nagelsmann, who left for Bundesliga champion Bayern Munich.

Szoboszlai set up fellow substitute Hee-Chan Hwang shortly after scoring, but the South Korean missed when he had only the Sandhausen goalkeeper to beat.

Marsch’s team next faces Mainz in its Bundesliga opener next weekend.

Babelsberg is a district outside Berlin famous for its central role in Germany’s film industry. Its soccer team plays at fourth-tier level and was previously known for its political activities in support of refugees.

Freshly promoted Bundesliga team Greuther Furth was expected to progress, but the visitor was stunned as Babelsberg won a penalty shootout 5-4 after their game ended 2-2 with extra time.

American winger Julian Green scored Furth’s late equalizer to send the game to extra time, but two players missed in the shootout and David Danko scored the decisive spot-kick to set off a party among the majority of the 3,000 fans attending.