In three years, Italy has gone from failing to qualify for the World Cup to a perfect qualifying campaign for the European Championship. 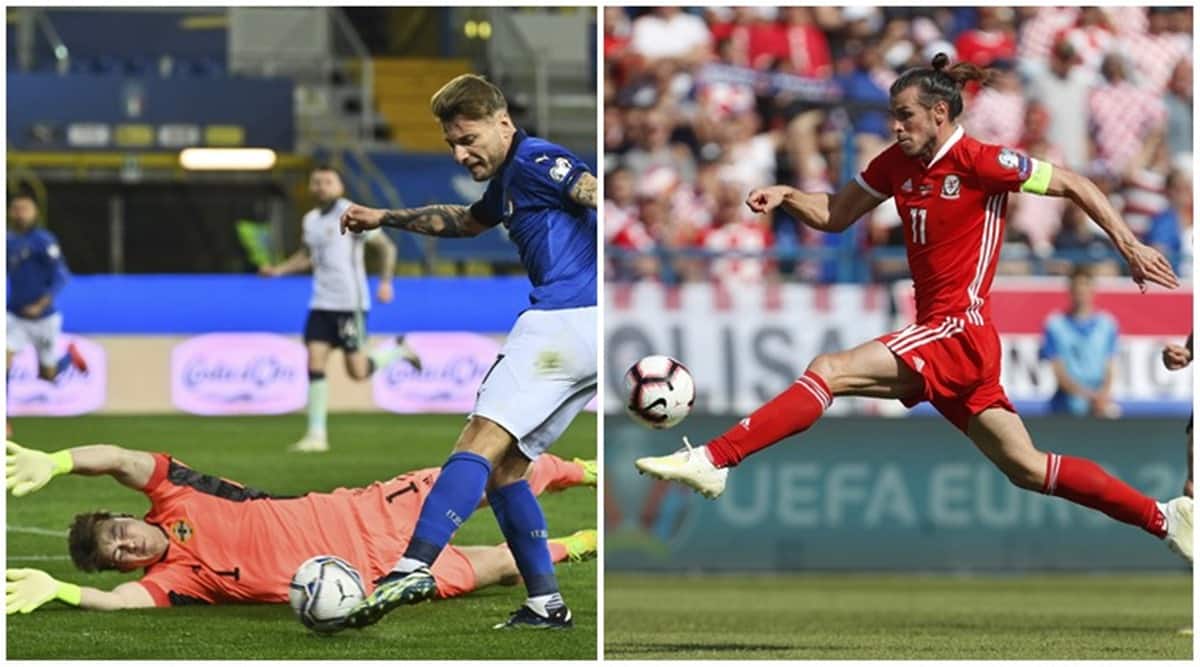 In three years, Italy has gone from failing to qualify for the World Cup to a perfect qualifying campaign for the European Championship.

It’s a transformation that came sooner than expected under coach Roberto Mancini, who has found the right mix of younger players and veterans to create optimism around a team that had lost all of its confidence.

Currently on a 26-match unbeaten run — the second longest streak in the team’s history, trailing only a 30-match stretch from 1935-39 under Vittorio Pozzo — Italy has the honor of hosting the tournament’s opening match against Turkey on June 11 in Rome.

While alternating center forwards Ciro Immobile and Andrea Belotti are supposed to take care of the scoring, Italy’s strength is its large group of diminutive but highly effective wingers and midfielders.

Left winger Lorenzo Insigne is considered Italy’s most talented player and his lack of use during the failed qualifying campaign for the 2018 World Cup — especially when he was benched during the playoff loss to Sweden — irked fans to no end.

On the other wing there’s Federico Chiesa, the son of former Italy striker Enrico Chiesa, while Federico Bernardeschi remains another strong option in attack.

Then in midfield there are endless options with Nicolò Barella, Jorginho, Manuel Locatelli, Lorenzo Pellegrini and Matteo Pessina — plus Marco Verratti and Stefano Sensi, injuries permitting.

Insigne, Verratti, Sensi, Barella and Chiesa all stand 5-foot-9 (1.75 meters) or under.

A four-time World Cup champion, Italy’s only European Championship title came in 1968. While the Azzurri are not one of the top favorites this time, they are expected to make a run into the knockout rounds.

Günes ready to spring another surprise for Turkey

Turkey coach Senol Günes is hoping to spring another surprise.

Günes led his country’s national team to its greatest soccer achievement nearly 20 years ago — a third-place finish at the 2002 World Cup.

He returned to the helm in 2019 after a 15-year absence, helping Turkey qualify for this year’s European Championship.

The Turks surprisingly took four points off France in qualifying, including a 2-0 win over the World Cup champions, and lost only one of their matches to finish second in the group.

At Euro 2020, Turkey will play Italy in Rome in the tournament’s opening match.

For Wales, the buildup to the European Championship has been completely overshadowed by the criminal charges against coach Ryan Giggs.

The former Manchester United winger was charged in April with assaulting two women and exerting controlling and coercive behavior. His trial is scheduled to begin on Jan. 24, 2022, with a preparation hearing set for July.

Giggs is still nominally the coach but assistant Robert Page will be in charge of the team at Euro 2020, starting with group games against Switzerland and Turkey in Baku, Azerbaijan, and then another against Italy in Rome.

Switzerland looks to Xhaka for leadership

A captain wearing the No. 10 shirt has an iconic status in international soccer.

Granit Xhaka might not fit everyone’s idea of a classic example, but the Arsenal midfielder’s importance to Switzerland is valued at home.

Xhaka makes the Swiss team tick and is prized by national team coach Vladimir Petkovic just as he has been by his club manager, Mikel Arteta.

If Switzerland is to break its streak of last-16 exits at this year’s European Championship, the 28-year-old Xhaka likely will play a big part as he approaches 100 games for the “Nati.”