Daley Blind was emotional when he was substituted during Netherlands' 3-2 victory against Ukraine on Sunday. He was hugged by Netherlands coach Frank de Boer and other staff before sitting down. 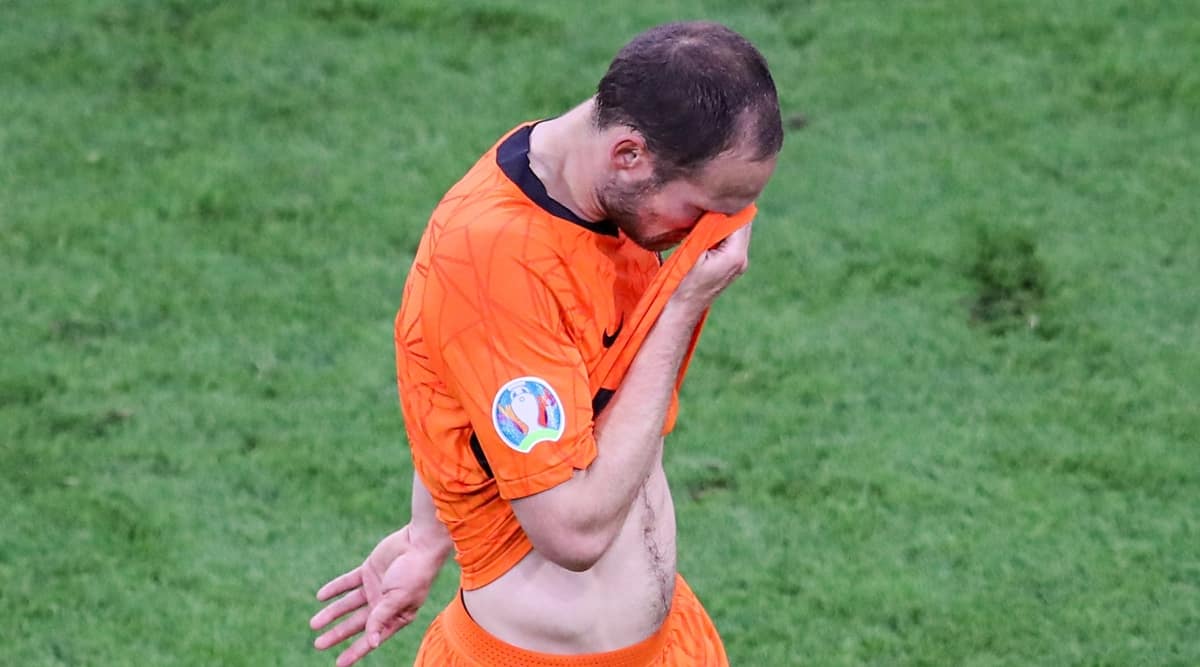 Netherlands defender Daley Blind had to overcome a “mental hurdle” to play in the European Championship match against Ukraine after watching television images of former teammate Christian Eriksen collapse a day earlier.

Blind was clearly emotional when he was substituted in the second half of the Netherlands’ 3-2 victory at the Johan Cruyff Arena on Sunday. He was hugged by Netherlands coach Frank de Boer and other team staff before sitting down.

Denmark’s team doctor said Eriksen’s heart stopped and that “he was gone” before being resuscitated with a defibrillator after collapsing during the team’s match against Finland on Saturday.

“Today I had to overcome a mental hurdle for myself to play,” said Blind, who had an implantable cardioverter defibrillator fitted after being diagnosed with an inflamed heart muscle in 2019.

“For me it was recognisable,” Blind told Dutch broadcaster NOS after the match in Amsterdam.

“That’s what made it so heavy for me and my family. My parents and wife.” Eriksen was a fan favourite in Amsterdam when he played for Ajax from 2010-13. He later moved to Tottenham and Inter Milan, where he is a teammate of Netherlands defender Stefan de Vrij.

Two orange-clad fans held a sign saying “Eriksen Stay Strong” next to a picture of a heart and the player’s No. 10 Denmark shirt.

The fans in the stadium cheered as screens showed a message in Dutch saying “Get well Christian.”

Blind said he considered not playing on Sunday.

“The images from yesterday … of Eriksen had a big impact on me and made me realise a lot,” Blind said.

“And that makes the moment difficult for me to step onto the pitch today.” Netherlands coach Frank de Boer, who also worked with Eriksen during his time at Ajax, said he went through an “emotional rollercoaster” after seeing what happened to Eriksen, who is stable condition in a hospital in Copenhagen.

“For Daley Blind, it was of course very emotional,” De Boer said.

Eriksen’s collapse also revived memories of Ajax midfielder Abdelhak Nouri, who was left with severe brain damage after collapsing during a preseason friendly in Austria in 2017.