The 23-year-old, who quit the sport in 2017 due to her poor financial condition, now spends her days collecting and giving receipts at the busy parking at a daily wage of Rs 350. 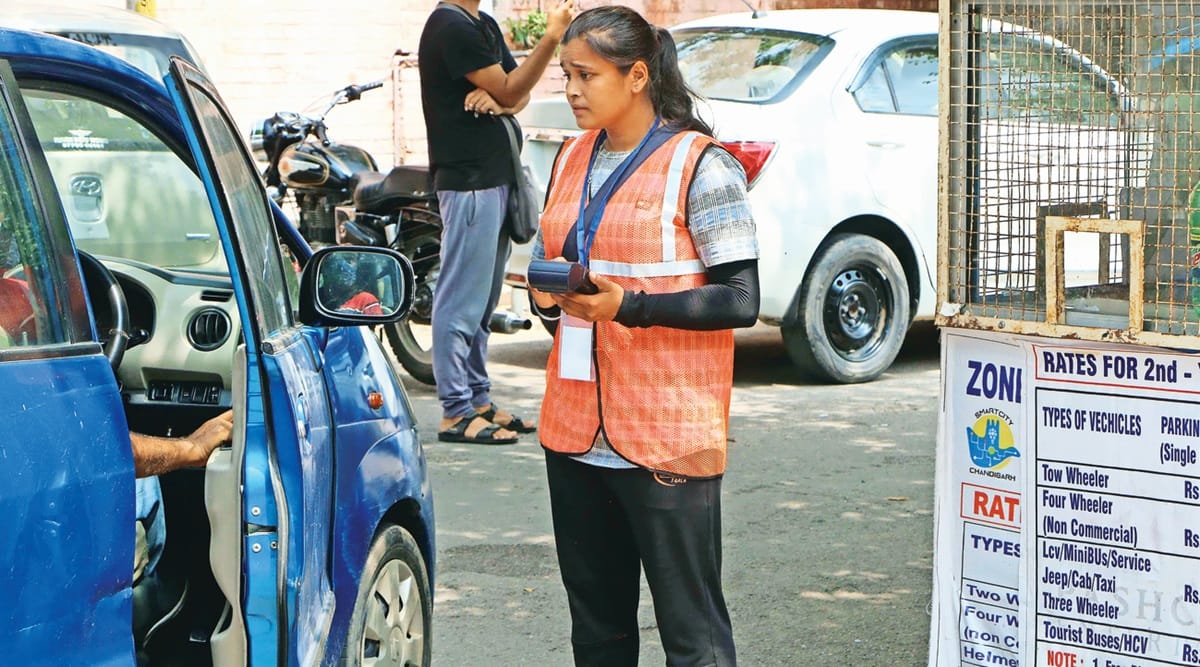 For the past one year, 23-year-old Ritu, a former Boxing School Nationals medallist and Inter-School medallist, has been working as a parking attendant in the Shastri market parking in Sector 22.

The 23-year-old, who quit the sport in 2017 due to her poor financial condition, now spends her days collecting and giving receipts at the busy parking at a daily wage of Rs 350.

“Since my father fell ill in 2017, I had to quit boxing and other sports to support him. While my three brothers work as daily labourers in Mohali and Chandigarh respectively, the income was not enough to support my family. Hence, I started the job of a parking attendant. It has been tough but I have no other option,” says Ritu.

While the youngster started boxing on the insistence of Paramjeet Singh, Physical education teacher at the Government Girls Senior Secondary School, Sector 20-B, in 2015, Ritu was also enrolled in wrestling at the school. She had won a gold in the 63 kg category inter-school competition held by UT Administration in 2016, besides winning a silver in the Open Inter-School Tournament same year. She had also claimed a bronze in the 63 kg category in boxing in School Nationals Games held by the School Federation of India at Telangana, and was a part of Chandigarh schools team in wrestling and volleyball in the same tournament. “Whatever I played, I could play during those three years in school. Once I had to quit school in 2017, the sport stopped for me. I have good memories of playing in school nationals. If I had got support at that time, I would have continued. I could not play in the Chandigarh State or the nationals held by Boxing Chandigarh and Boxing Federation of India as I did not have coach or proper training,” says Ritu.

The youngster had applied for jobs under sports quota, but with sportpersons having medals won at the events held by the national federations at junior and senior level, Ritu did not get preference in the overall list under sports quota. “I have applied with Indian Army and Bihar Police and am awaiting the exams. In the past, I once applied for the post of Home Guard in the UT Police but the post was cancelled after physical test,” says Ritu.

An former boxing player said that the such players should be guided to give trials or training at the UT Administration centres. “It’s the negligence of school authorities and they should have sent the player to specialised coaching centres of the UT Administration. Such players are supported free of cost at such centres and when players win medals at the Boxing India or Boxing Chandigarh competitions, they are given preference to the jobs too,” said the player.