FC Goa captain Eduardo Bedia scored the all-important goal from a set-piece in the 105th minute after the final went into the extra time in front of 34,000 spectators at the VYBK in Kolkata. 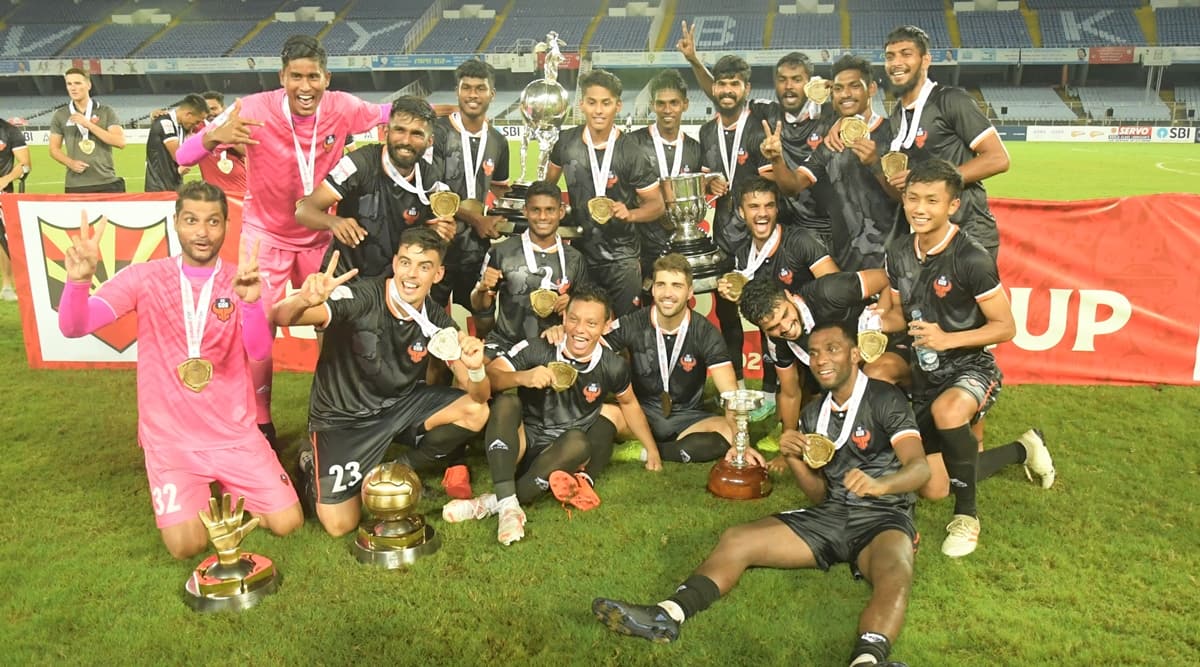 It was only a warm-up tournament but Sunday’s Durand Cup final between this season’s Indian Super League (ISL) favourites and I-League contenders has given plenty of talking points going into the beginning of the new season.

FC Goa, the only undefeated team in the Durand Cup going into the final, maintained their 100 percent record with a 1-0 win after extra-time over Mohammedan Sporting to be crowned champions of Asia’s oldest Cup competition in front of a little more than 34,000 fans at Kolkata’s Salt Lake Stadium.

There weren’t many clear-cut chances – Sporting had a goal ruled out for an infringement in build-up play and Goa came ever-so-close in the final few seconds – in the regulation time of the scrappy, physical match. But in the first half of the extra time, Goa skipper Edu Bedia curled in a beautiful free-kick from roughly 25 yards out, which bounced awkwardly between the defence line and the goalkeeper and rolled into the net.

The goal handed Goa’s Spanish coach Juan Ferrando his first title with the club after he took over last year. But Ferrando is shrewd enough not to get carried away with the result – even though it might be ideal preparation for the season – as much as the performance over the last couple of weeks.

Ferrando took over a strong team before the start of the previous season and after a slow start, has turned them into an even stronger unit. Their AFC Champions League campaign in June was a testament to that with Goa, the minnows of their group, conjuring up solid performances in the defence and midfield to steal points against more established teams from the continent.

Four months have passed since then, an off-season longer than what Ferrando and his players would have been used to back home, so for Ferrando, the Durand Cup turned out to be an ideal tournament to prepare his side for what will once again be a tough ISL season inside a bio-secure bubble.

Goa were the pre-tournament favourites, fielding their strongest team with all players except those on national team duty for the SAFF Cup travelling to Kolkata. In the absence of Brandon Fernandes and Co., young forwards Devendra Murgaonkar and Muhammed Nemil made their presence felt, shining under the leadership of Bedia, the scorer of the goal that won them the title.

Bedia controlled the pace and possession in the midfield along with Alberto Noguera, as was expected from them, but performances by Murgaonkar, who scored five goals, and Nemil would be the biggest takeaways for Goa. Going by the early signs, Ferrando’s Goa will remain one of the teams to beat in the new ISL season, which gets underway next month.

The same could be said of Mohammedan Sporting as well. The club has taken rapid strides in the last couple of years and their spectacular run in this competition is bound to raise the hopes of the team’s fans, who filled the stands of the Salt Lake Stadium even though only 50 per cent of the actual capacity was allowed in due to Covid-19 protocols.

Coach Andrey Chernyshov, who is on a multi-year contract, is relying heavily on Trinidad and Tobago attacker Marcus Joseph and midfielder Nicola Stojanovic for the I-League season but the performances of young players like Brandon Vanlalremdika and Azharuddin Mallick will have gotten their fan base excited.

On Sunday, Sporting ran out of steam after a long couple of weeks – and also the fact that the team is also participating in the Calcutta Football League simultaneously. They were second to most balls and had disciplinary issues, with three players — Mallick, Stojanovic and Shaher Shaheen – getting booked in quick succession.

Sporting couldn’t find their rhythm but the fact that they stretched an ISL team to extra time despite not being at their best will give Chernyshov, their Russian coach, a lot to build on.