The 131-page autobiography written in Punjabi has examples of such prose throughout the book and it had emerged years later that Punjabi poet Pash whose real name was Avtar Singh Sandhu had written this autobiography at the insistence of Milkha Singh. 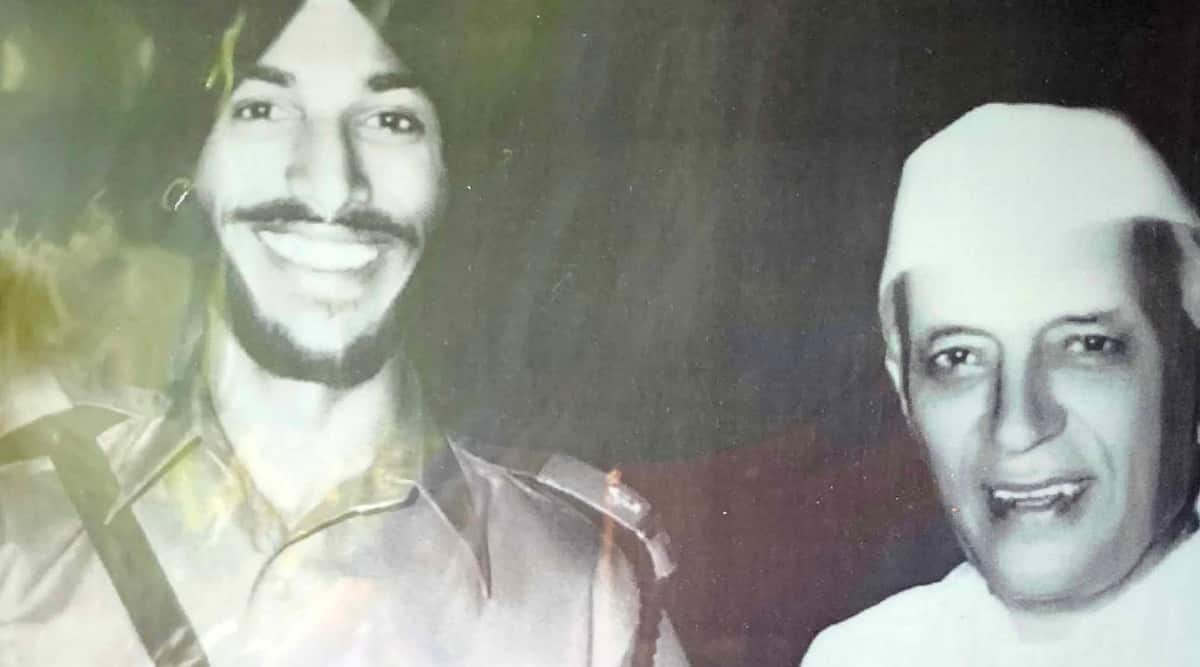 The 131-page autobiography written in Punjabi, which has a foreword by Milkha Singh and the then Punjab sports minister Umrao Singh, has examples of such prose throughout the book and it had emerged years later that Punjabi poet Pash whose real name was Avtar Singh Sandhu had written this autobiography at the insistence of Milkha Singh. While the autobiography is written as a first-person account, the book has many examples of prose and literary phrases in Punjabi. “Milkha Singh was friends with then UK-based magazine Des Pardes editor Tarsem Purewal and it was at the insistence of Purewal and Milkhaji’s friend Punjab sports minister Umrao Singh that they approached Pash to write this autobiography. Pash had earlier written the autobiography of Bollywood star and wrestler Dara Singhji and he accepted this offer of Milkha Singhji too,” said Shamsher Singh Sandhu, who had made this revelation in his book Ek Pash Eh Vi released in 2011.

While Sandhu was a long-time friend of Pash, the 69-year-old would often accompany Pash to Milkha Singh’s residence in Sector 7 in Chandigarh from Jalandhar. While the poet spent hours with Milkha Singh, the legendary Indian athlete would also dictate or send typed notes to Pash during many sessions. “Milkhaji wanted every detail in the book and Pash would spend hours at Milkhaji’s home or office before going back to his village near Nakodar. Later, Milkhaji also made arrangements for Pash’s stay in a Chandigarh hotel and sent his car with a driver. We went to the Sukhna Lake but like most of the writers and poets, Pash needed his own time and space to write such a book. While there were reports that Milkhaji wanted the book to be published as soon as possible, he was never too adamant. Pash needed to listen to every detail in multiple details and needed many sittings. Pash’s stamp and authority over the language and prose was visible in every page of the book. Some say Milkhaji did not give Pash credit as author but Pash himself wanted it mentioned: as helped by Pash in the book’s foreword,” Sandhu added.

Pash’s younger brother Sukhwinder Sandhu too shared his thoughts on the legendary athlete’s demise. “I was very young when I would see Milkhaji meeting my brother Pash. Reading this book brings me memories of Pash too,” said Sukhwinder. Pash was killed by Khalistani terrorists in 1988.

“The one who always wore broken chappals and engaged in his own world and thoughts, Pash wrote the book with Milkhaji’s approval. Today, when the news of Milkhaji has come, while saluting such a legend, we need to remember Pash too,” said Amlok Singh, president, Punjab Lok Sabhyacharak Manch.