What bodes well is that there is youth. All three of the American men to reach the fourth round here were under 25: Opelka, 24; Frances Tiafoe, 23; and Jenson Brooksby, 20. 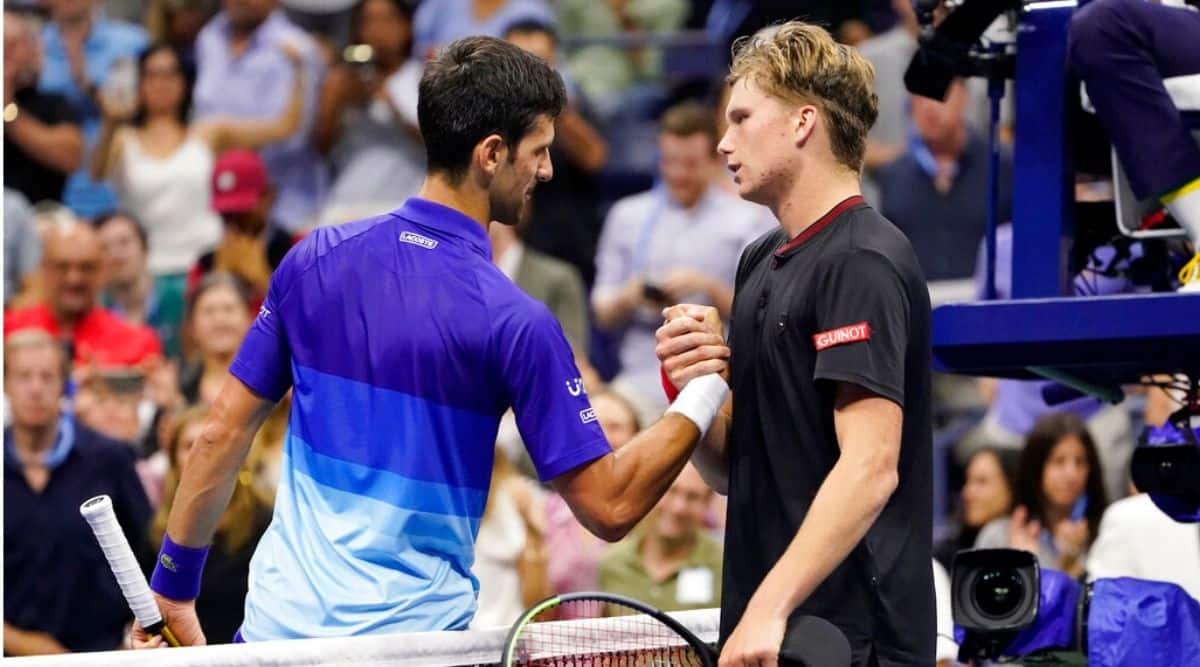 It took a while, but after American Reilly Opelka and his big serve were eliminated in the fourth round of the U.S. Open on Monday by Lloyd Harris of South Africa, I decided to go searching.

I had to weave through the big crowds that have happily again been part of the experience at this year’s tournament. I had to work my way up and down the concourse, examining the banners that commemorate, year by year, the past Open champions — most of whom seemed to be named Novak Djokovic, Rafael Nadal or Roger Federer — before arriving at my destination.

There, near a coffee stand, dangling from the same post, were banners featuring the last two American men to win the singles title at Flushing Meadows: Pete Sampras in 2002 and Andy Roddick in 2003.
Also Read |Novak Djokovic beats last American at US Open to extend Slam bid<br />


It has been nearly 20 years now, the longest gap in the history of this Grand Slam tournament between U.S. men’s champions. I covered both Sampras’ and Roddick’s victories, and there was no suspecting the length of the drought to come.

New American men’s stars had always emerged, sometimes with a slight delay but never this kind of delay. There was concern about the future when John McEnroe and Jimmy Connors got older in the 1980s, but then along came one of the greatest generations from any nation: Sampras, Andre Agassi, Jim Courier and Michael Chang, with fine players like Todd Martin and MaliVai Washington playing secondary roles.

There was big concern when those players aged out in the early 2000s, but Roddick still managed to reach No. 1 before being left knee-deep by the genius of Federer and the inexorable rise of Nadal and Djokovic.

Roddick did his best, no doubt, which was often remarkable, reaching three Wimbledon finals and another U.S. Open final before retiring in 2012.

But though Serena Williams, a winner of 23 major singles titles, has given American tennis fans plenty to celebrate since then, no American man has reached a Grand Slam singles final in more than a decade as the Europeans have put a chokehold on men’s tennis.

“We got a little bit spoiled,” said Brad Stine, the veteran U.S. coach who worked with Courier and now is with young American Tommy Paul.

There has been no room in this upscale neighborhood. The prime real estate has been occupied by the Big Three, which for a time could have been considered the Big Five with Andy Murray of Britain and Federer’s Swiss compatriot Stan Wawrinka each winning three major titles.

Now a much younger group has emerged that you could call the Next Four: Matteo Berrettini of Italy, Stefanos Tsitsipas of Greece, Daniil Medvedev of Russia and Alexander Zverev of Germany. If you like, toss in the still-reigning U.S. Open champion Dominic Thiem of Austria and Andrey Rublev of Russia, a top-10 player.

They, like the stars they are succeeding, are all Europeans.

Tennis is more central to the sports culture in Europe, attracting more interest and presumably a greater percentage of top-quality athletes. There are more professional tournaments, both at the minor league and major league level, in Europe.

But this season and this U.S. Open have offered up some evidence for better days ahead for the American men. There are 14 in the top 100, the most since 1996. There were 13 in the second round at the Open, the most since 1994 when Sampras, Agassi, Courier and Chang were in full flow.

But unlike those halcyon days, none of the new-age Americans are ranked in the top 20. There is depth but, for now, no truly elite players.

What bodes well is that there is youth. All three of the American men to reach the fourth round here were under 25: Opelka, 24; Frances Tiafoe, 23; and Jenson Brooksby, 20. 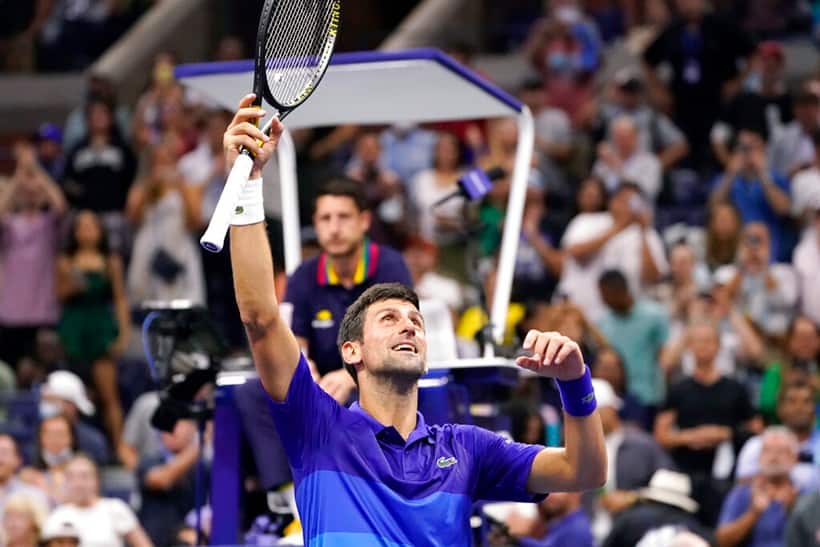 Brooksby, the last American singles player left in the tournament, certainly looked like a world-beater for a set and a half Monday night. In his first appearance in Arthur Ashe Stadium, he played with intelligence and resilience to take a 6-1 lead on world No. 1 Novak Djokovic. Brooksby then got back on serve in the second set after breaking Djokovic in an eight-deuce game that felt more like chess than tennis. But Djokovic, chasing the Grand Slam, has been playing best-of-five set tennis for nearly 20 years. Brooksby is just starting out and could not keep pace, losing 1-6, 6-3, 6-2, 6-2.

Opelka, Tiafoe and Brooksby are not alone. Sebastian Korda is 21 and Brandon Nakashima is 20, and both also have had success this season with Korda reaching the quarterfinals of the Miami Open after beating three seeded players and then winning his first tour title in Parma, Italy. Nakashima made the singles finals in Atlanta and Los Cabos, Mexico, and upset John Isner, the most successful American man of the past decade, in the first round of this year’s U.S. Open.

All this might not have been worth celebrating 25 years ago, but it counts as good news now.