Sami Khedira began his career at VfB Stuttgart and won the Bundesliga title in 2007. He has also won the La Liga and UEFA Champions League with Real Madrid, and five Serie A titles with Juventus. 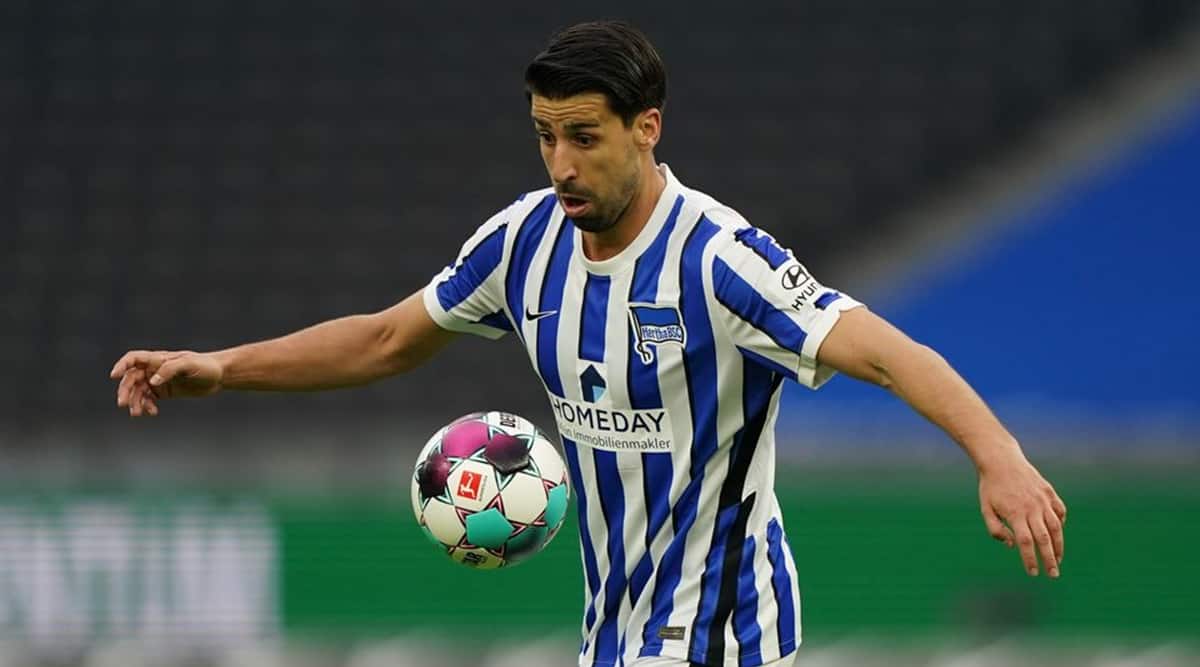 Khedira, 34, began his career at VfB Stuttgart and helped them win the league title in the 2006-07 season before moving to Real Madrid, where he won the league and Champions League in a trophy-laden spell.

Khedira went on to win five Serie A titles at Juventus after joining them in 2015 and left for Hertha three months ago, playing eight games for the team as they avoided relegation.

“After the match on Saturday it’s time to say goodbye,” Khedira said on Twitter.

“So proud that I had the chance to experience all these special moments with you. Thanks to all the fans, team mates, coaches and of course my family and friends.”

“It’s a pretty tough step and it’s hard for me to talk about, but it’s the right decision,” Khedira said of his decision to retire at a news conference on Wednesday.

“Fifteen years in professional soccer have left their mark and I have to honestly judge what I can and cannot do. And at the end of the day, gratitude outweighs everything that I was able to experience.”