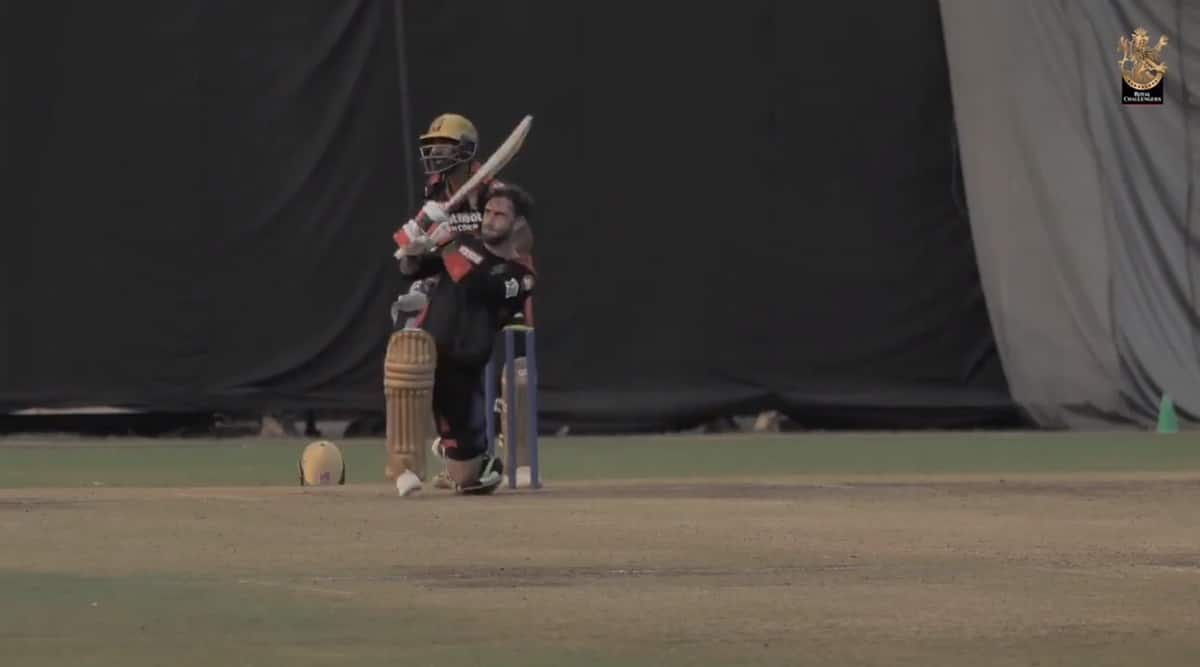 One of the most expensive players in Indian Premier League (IPL) 2021, Australian batsman Glenn Maxwell joined the Royal Challengers Bangalore (RCB) camp. In a video posted by RCB on Twitter, Maxwell aka ‘The Big Show’ can be seen meeting his teammates and coach Mike Hesson. The explosive Aussie batsman was visibly happy to meet Indian leg-spinner, Yuzvendra Chahal. However, the bromance off the field did not guarantee a similar behaviour on the pitch as Maxwell successfully played a few reverse sweeps against the leggie.

Maxwell hit Chahal for a six off the reverse sweep. Playing with the spin, he also played a switch hit to send the ball to the boundary ropes. The 32-year-old’s onslaught did not just stop there. He took on Australian all-rounder Daniel Christian as well trying reverse scoop and other unorthodox shots.

RCB roped in Maxwell for a whopping Rs 14.25 crore after an intense bidding war against Chennai Super Kings (CSK). He had a forgettable season with Punjab Kings (then Kings XI Punjab) in 2020 scoring just 108 runs from 13 games at an average of 15.42. His best season in IPL came in the 2014 season when the Punjab franchise reached the finals.

New Zealand pacer Kyle Jamieson joined the camp as well. Jamieson’s services were acquired for a huge sum of Rs 15 crore. Jamieson will be making his IPL debut this year. Considering the big bucks spent, both Maxwell and Jamieson are expected to be a part of RCB’s playing eleven, when they take on defending champions Mumbai Indians (MI) in the tournament opener on April 9 at MA Chidambaram Stadium, Chennai.

RCB reached the playoffs last season with seven wins from 14 games. They were knocked out by Sunrisers Hyderabad (SRH) in the eliminator.