Rookie Kartik Sharma fires 9-under 59 to be tied third with Yuvraj Singh Sandhu behind Amardeep Malik who is second with 12-under 127 at the Golconda Masters Telangana Open. 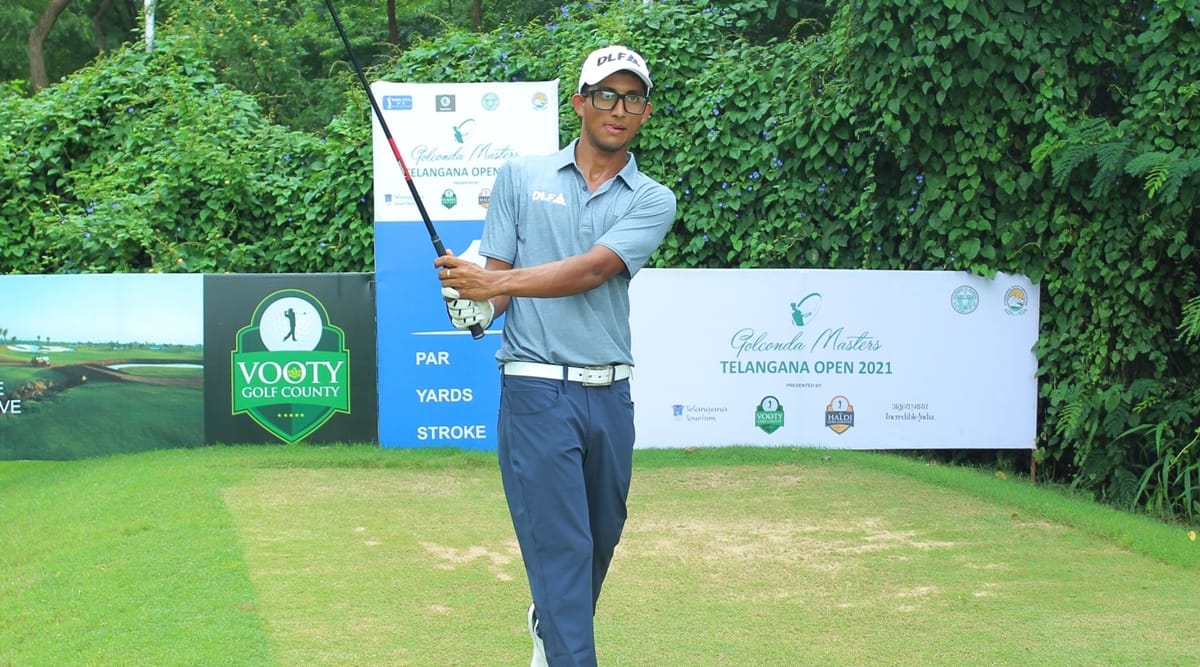 Overnight joint leader Manu Gandas sizzled with 10-under 58 and went on to take five-shot lead at 17-under 122 to be sole leader at the end of the second round of the PGTI’s season opener Golconda Masters Telangana Open at the Hyderabad Golf Association (HGA) course on Friday.

Amardeep Malik followed Manu with 12-under 127 following his second round of seven-under 61. Overnight the golfer from Noida was at fourth place with 5-under 66.

Rookie Kartik Sharma was a revelation on Friday when he finished the second day with an error-free nine-under 59 to be placed tied third at a total of 10-under 129 with Yuvraj Singh Sandhu of Chandigarh who shot a six-under 62 on Friday. Kartik, 21, from Gurugram turned pro recently and was making debut at the HGA. Overnight Kartik was tied 28 with 13 others while Yuvraj was tied 6 with seven others. Round one joint leader Pukhraj Singh Gill was tied 13 with 6-under 133 with four others.

Kartik made four birdies on the front-nine including tap-ins on the sixth and eighth and back-nine was better for the southpaw who added five more birdies. After a birdie on the 14th, Kartik converted from seven to 10 feet to sign off with birdies on the last three.

“I was a little nervous when I began like others, I too was playing tournament golf after a long time. The course was playing softer today due to the overnight rain. That suited my game,” Kartik said of his day’s show.

Overnight rains left water logging on fairways and hole No. 6 with a par-5 was reduced to par-3 and hole No. 18, a par-4 was curtailed to par-3. Therefore the par course was reduced to 68 instead of regular 71. The second day’s start was delayed by an hour. Even though it rained in the afternoon session too, play continued without any hitch

The cut was declared at even-par 139. Fifty two including two amateurs made the cut but defending champion and Tokyo Olympian Udayan Mane who tallied three-over 142 will miss the next two rounds. Milind Soni (T-35 at two-under 137) and Tej Gangavarapu (T-45 at even-par 139) were the local amateurs who made the cut.

On the front-nine, Manu started with five birdies which included two conversions from 20 to 30 feet but suffered two bogeys and on the back nine, the Gurugram golfer had seven birdies included some exceptional chip-putts, a great recovery from the bunker on the 17th and a 25-feet conversion on the 18th. The 25-year-old finished the day making birdies on his last five holes.

“A 10-under is always special and a score of 58 sounds great. I’ve just been striking it great since day one and today I took all my opportunities on the greens. I made adjustments in such conditions and I did too. I feel the back-nine presents more scoring opportunities here and I capitalized on that,” said Manu who is hunting for first ever title.

Chikkarangappa, the 2019 champion, of Bengaluru was tied fifth at nine-under 130 along with Yashas Chandra of Mysuru while PGTI Order of Merit leader Karandeep Kochhar of Chandigarh was in seventh place at eight-under 131. Another former champion, Harendra Gupta of Chandigarh, who won the inaugural edition in 2015, was tied 27th at three-under 136.