Harbhajan Singh said he posted a WhatsApp forward on the 37th anniversary of the operation without realising that the man in the picture was Bhindranwale. Veteran Indian off-spinner Harbhajan Singh on Monday unconditionally apologised for a social media post in which he shared a picture of Khalistani militant Jarnail Singh Bhindranwale to pay homage to those who died in ‘Operation Bluestar’ of 1984.

The 40-year-old off-spinner said he posted a WhatsApp forward on the 37th anniversary of the operation without realising that the man in the picture was Bhindranwale.

“I just wish to clarify and apologise for an instagram post yesterday. It was a WhatsApp forward that I posted in a haste and without even realising the content used and what it signified and stood for,” he said in an apology note posted on Twitter.

“That was my mistake I accept, and at no stage do I subscribe to the views in that post or support the people whose picture were carried. I am a sikh who will fight for India and not against India.

“This is my unconditional apology for hurting the sentiments of my nation. In fact any anti-national group against my people, I do not support and never will,” he added. 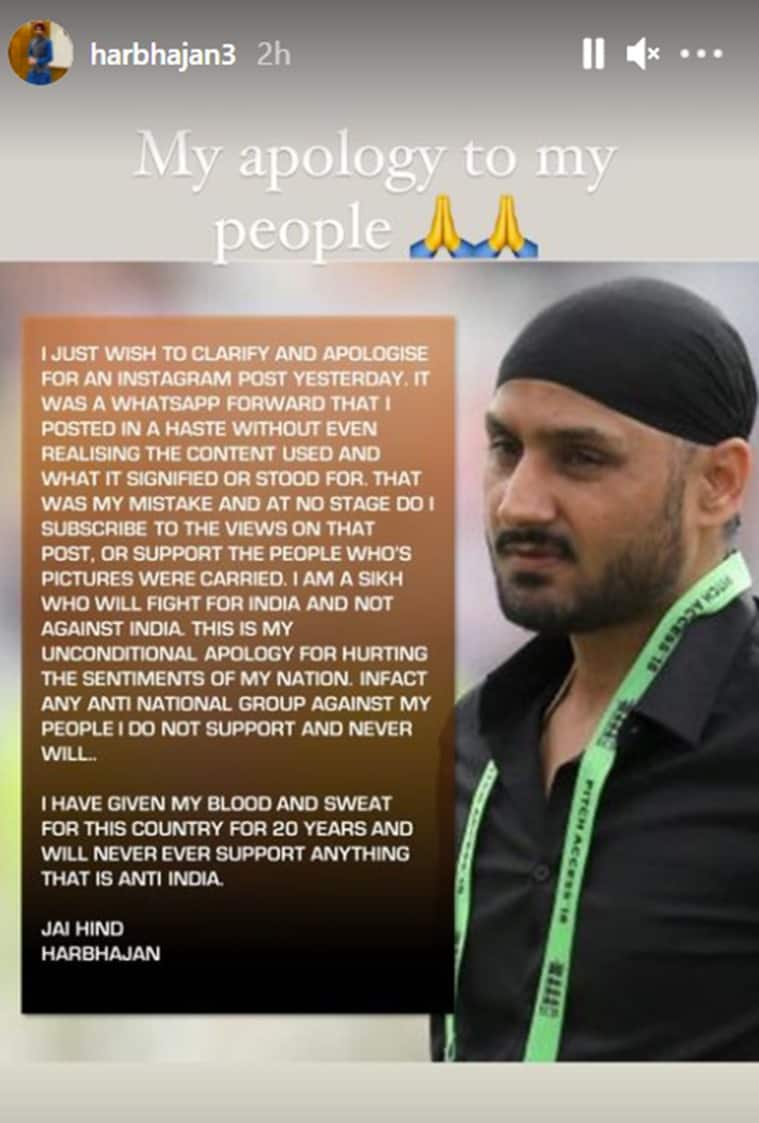 Operation Bluestar was an Army operation which was carried out in 1984 to flush out militants from the Golden Temple in Amritsar. Bhindranwale was the leader of that insurgent movement and was killed along with and several other people during the operation.

“I have given my blood and sweat for this country for 20 years and will never ever support anything that is anti-India,” Harbhajan asserted.

The veteran has played 103 Tests for India, claiming 417 wickets in them.