Fifteen years after making his international debut and being in and out of the Indian team, Dinesh Karthik remains a topic of discussion and therefore, "relevant", in his own words. 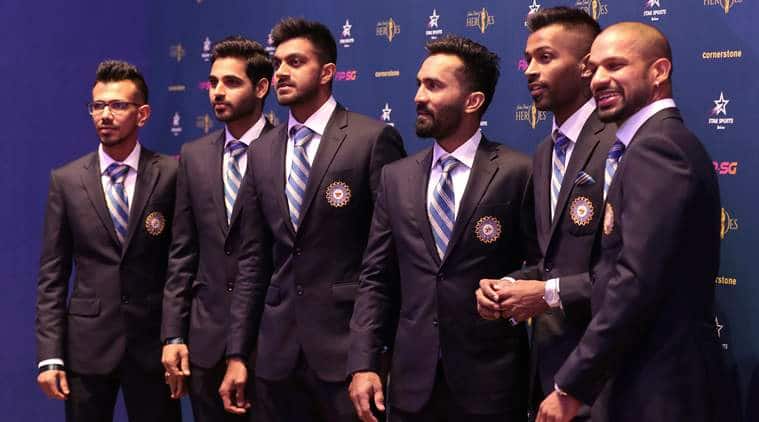 Fifteen years after making his international debut and being in and out of the Indian team, Dinesh Karthik remains a topic of discussion and therefore, “relevant”, in his own words.

After the World Cup squad was announced on April 15, the 33-year-old was the subject of an intense debate with many even questioning his selection over the highly-talented Rishabh Pant.

Chief selector MSK Prasad tried to settled the debate by saying that reserve keeper Karthik was picked for his better skills behind the stumps but even that did not cut it with Pant’s supporters which included the likes of Ricky Ponting.

“I would not still be playing if it was not for the blessings of my friends and family. Good or bad, if people still talk about you it means that you have managed to stay relevant. It is extremely satisfying that I have managed to stay relevant all these years and still trying hard to be part of the team,” Karthik told PTI before leaving for England.

He made his debut even before Dhoni who burst on to the scene in December 2004 and the rest, as they say, is history. If it was not for Dhoni, the Chennai-based cricketer could have played a lot more than 26 Tests and 91 ODIs, but he has never had any qualms in accepting that he was replaced by a special player.

Since he could not replace Dhoni behind the stumps, he had to add another dimension to his game as a specialist batsman to keep his spot in the team since the Champions Trophy in 2017. And he did that by emerging as the finisher the management was looking for, with his most memorable knock coming in the Nidahas Trophy final last year when he won India the trophy with a six off the last ball.

However, there were doubts over his World Cup spot as he was dropped from the ODI series against Australia, India’s last before the World Cup.

“I have batted in various positions (over the last 24 months) and I have had decent success in those positions. But the key is not for me to look back at the last two years, the greatest tournament is going to happen and I now have the opportunity to play there.

“It doesn’t matter what the word is going around. What is important to me is that I have got an opportunity and there are people who believe in me and have faith in me, I need to go out there and stand up for my country,” he said.

In an up and down career, Karthik has experienced the highs and lows, whether it was being part of India’s disastrous run in the 2007 World Cup or the World T20 triumph in South Africa months later. Karthik, who was then in his early 20s, vividly remembers those contrasting campaigns.

“We played two World Cups in 2007. We were very successful in the T20 format and one World Cup where things did not go as per plan. Leading up to it (ODI World Cup), we were playing some really good cricket. The format was such that we got to play three games and we had one bad game against Bangladesh and that really hurt us.

“After that game it was like playing a three-match bilateral series. You had to win the next two matches and there was so much pressure. That is the thing about World Cup.

“But the T2O that followed was a breath of fresh air. The format was new. With Dhoni leading the side so well, it was a great tournament to be part of.”

Fast forward to 2019, and he is one of the oldest members in the squad and someone who loves spending time with the youngsters, especially K L Rahul and Hardik Pandya.

“Those two names matter a lot to me. I am very close to them in this Indian team. If either of them was not there in the team I would have been very sad. At the end of the day, you do make close friends as you go along in the journey.”

For his current run in the Indian team, Karthik is quick to give all the credit to friend and mentor, Abhishek Nayar.

“He is the single biggest factor in me being part of this World Cup team,” he added.