KC Cariappa had gone from debuting in IPL 2015 for Kolkata Knight Riders with a price tag of 2.4 crore to not getting a single game for Karnataka since March 2019. “I was lost. I was depressed. I thought my cricket is over.”

KC Cariappa had gone from debuting in IPL 2015 for Kolkata Knight Riders with a price tag of 2.4 crore to not getting a single game for Karnataka since March 2019. He had lost motivation to work on his fitness and his weight had ballooned to 95 kg, at least 10-12 kilos extra even for his six-foot frame.

“I had been dropped from the Karnataka side after doing well. That was playing on my mind,” Cariappa, who also represents Bank of Baroda, says. “Mushtaq Ali has been the main tournament for me and I was not getting the chance. I was unsold in the IPL also.

“After having played so much cricket in the heat, you won’t go and just work in bank. That motivation won’t come.”

Then the 27-year-old got a call from Rajasthan Royals head of cricket Zubin Bharucha asking him to come for a trial. “They told me we have been seeing your bowling from the time you were picked for KKR in 2015.” 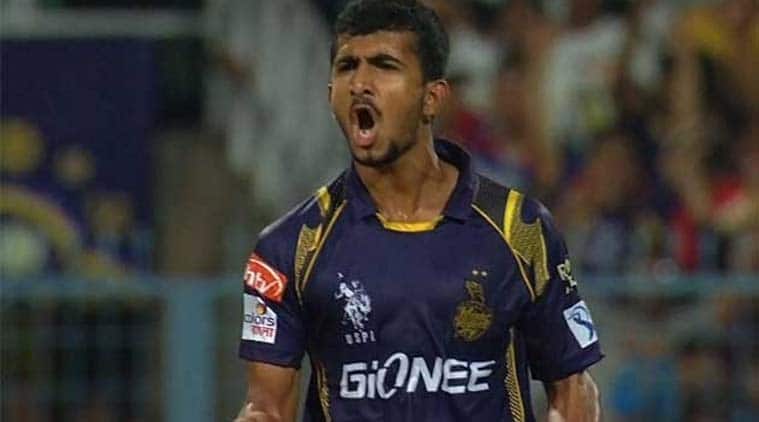 The spinner did enough at the trial to be bought for his base price of Rs 20 lakh in the IPL auction in February. But there was no way he was getting a game with the state of his fitness. That is when the motivation switch flicked again and the turnaround began.

“His skinfold reading was around 123-125 when we started. After the Mushtaq Ali tournament, it was 80,” said RR and now Karnataka strength and conditioning coach AT Rajamani Prabhu. Skinfold is a test to measure body fat. A reading over 130 is considered poor for athletes, 100-plus is below average.

In the recent Syed Mushtaq Ali Trophy, Cariappa not only made his Karnataka comeback, he was also their highest wicket-taker in their run to the final, with 12 strikes at an economy-rate of only 5.63.

He was also Karnataka’s most economical bowler in their 2018-2019 SMAT title win – 10 wickets, economy 5.02 — but had been ignored since. He kept playing the odd club and corporate match in Bengaluru, but was mostly in “eat, sleep, eat, sleep” mode and missing the thrill of the big level.

He says his parents were the main source of support when he was worrying that his career was finished. “My parents told me that cricket is your first preference, so you give your best. We will see what happens. You perform well, then also if they don’t pick you, then it is their loss.”

Once RR had picked him, Rajamani saw that Cariappa’s speed and agility wasn’t too bad. “He is a really strong guy, a natural athlete,” Rajamani says. “The main thing was to reduce the fat. So we made changes in his diet.

“Even if you have one extra kilogram of fat in your body, it is going to reduce your speed tremendously. And our sport requires speed.”

More than totally avoiding specific foods, such as white rice for instance, Rajamani says it is about moderation. “I never tell anyone to stop anything. Whichever food they like, if we tell them to stop, they will not stop it. I only tell them to be careful.

“I tell them you eat what you want, french fries, chicken nuggets, but make sure you do not increase the skinfold.”

Cariappa says he was asked to stay away from sweets mainly, which wasn’t too difficult considering he doesn’t have much of a sweet tooth.

Nutritionist Divya KP, who has been consulting with Cariappa from the IPL, says they had to work through some limitations.

“Immediately before a tournament, it is hard to go on a weight-loss programme because it will affect your performance,” says Divya.

“During IPL season, you have late-night matches, then you come back to the hotel and your dinners are around 1 or 2am. There were the usual cheat meals and all, but overall I’d say we were able to stick to around 80 percent of his plan. From morning to evening, whatever he was eating, he had to report to me. And he was really dedicated.”

Even when he was ill and not feeling like having his regular food, Divya says he would call and ask her for alternatives instead of making an exception for sickness and cheating on his plan.

Within three months, Cariappa lost 6-7 kg. He also trained hard, be it in the India or UAE legs of the IPL, or at a camp RR arranged in Nagpur in between. During the pandemic’s second-wave lockdown, he bought equipment so that he could work out at home. Rajamani took government permission to send his trainers across the state border from Chennai to Bengaluru to work with the Karnataka players, including Cariappa.

“Once he started noticing the difference, he took off from there,” says Rajamani. After the first phase of the IPL, Cariappa’s skinfold was 110. After the second, it had come down to 90.

Finally, after all the effort behind the scenes, the moment of reckoning arrived at the start of this month. Karnataka’s first SMAT group game was against Mumbai. Cariappa wasn’t sure if he would play, but is grateful for skipper Manish Pandey’s support.

“Manish Pandey supported me a lot, played me in the XI. He told me you are the best spinner for Karnataka in T20. We have such a good spin attack, everyone is playing IPL. But before the first game, he called me and said you are playing.”

He would go on to open the bowling for Karnataka and dismiss Rahane, Shaw and Dube – the latter two were bowled — for figures of 4-0-26-3. In the final against Tamil Nadu, he removed opener N Jagadeesan and skipper Vijay Shankar to return 4-0-23-2.

Before the final, Rajamani says a cameraperson asked him during a training session which one of the players was Cariappa. The third guy there, Rajamani pointed. The cameraperson was surprised. ’He looks like his younger brother,’ he said.

Even during the days his fitness went for a toss, though, his bowling didn’t come apart, Cariappa says. “It is God’s gift thankfully, the skill never went. It was always there.”

Cariappa admits there is some way to go still. He still needs to lose another five kilos or so. As Rajamani says, “A good athlete has to be below 65 (on the skinfold).”

“Pressure is there always. Playing in front of 70,000 people at Eden Gardens is not easy. As sportsmen, if we perform, people enjoy. When we don’t, people will talk bad about us,” Cariappa says. “As sportsmen, we face everything, we face depression. Money does not give you everything.

“The main thing as a sportsperson is your achievement. As a cricketer my motivation is to play for India, and I give my 100 per cent every time. Sometimes, I perform, sometimes I don’t.”