Virat Kohli, who had scores of 11 and 72 in the opening Test against England, has 852 points and down one spot in the latest chart issued on Wednesday. 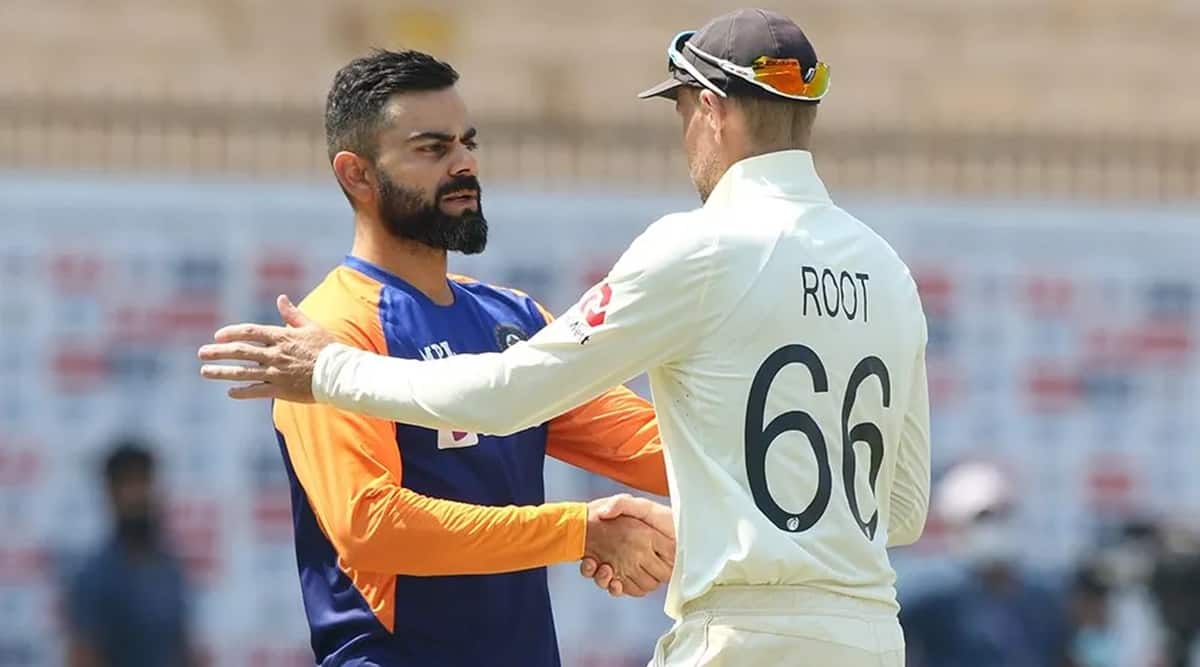 India skipper Virat Kohli was on Wednesday pushed to the fifth spot by his English counterpart Joe Root, who rose two rungs to third in the latest ICC Test rankings for batsmen, even as Jasprit Bumrah and R Ashwin moved up in the bowlers’ chart.

Kohli, who had scores of 11 and 72 in the opening Test against England, has 852 points and down one spot in the latest chart issued on Wednesday.

Veteran spinner Ashwin and pacer Bumrah have jumped a rung each to be seventh and eighth respectively.

Root, who helped his team to a memorable 227-run victory in Chennai that kept England in contention for the ICC World Test Championship final, has reached 883 rating points.

It is his highest position since September 2017 after a fabulous run in the sub-continent saw him accumulate 684 runs in three Tests, two of which were in Sri Lanka.

Ahead of Kohli for the first time since November 2017, Root is now 36 points behind top-ranked Kane Williamson and trails Steve Smith by only eight points. With Marnus Labuschagne also in the mix, competition for the top five slots is intense with all of them above 850 rating points.

For India, Rishabh Pant’s knock of 91 in the first innings has helped him become the first full-time wicketkeeper from his country to reach 700 rating points as he retained the 13th position among batsmen.

Opener Dom Sibley is another England batsman to gain in the latest rankings update, his knocks of 87 and 16 helping him rise 11 places to 35th, while their players also made the way up in the bowling rankings presently led by Australia fast bowler Pat Cummins.

Formerly top-ranked James Anderson is up to third from sixth and only four points behind compatriot Stuart Broad, a fellow-member of the 500-wicket club.

Anderson is at his highest ranking since the start of the ICC World Test Championship while spinners Jack Leach and Dominic Bess are both at career-best rating points, moving up to 37th and 41st positions, respectively.

West Indies batsman Kyle Mayers, whose scores of 40 and 210 not out helped script an epic win in the first Test against Bangladesh in Chittagong, has entered the rankings in 70th position with 448 rating points.

It is the best by a West Indian batsman on debut and the second-best ever on debut after RE Foster, who was on 449 rating points back in 1903 after scoring 287 on debut for England against Australia in Sydney.

Others to gain for the West Indies include captain Kraigg Brathwaite (up eight places to 53rd) among batsmen and the spin pair of Jomel Warrican (up 14 places to 62nd) and Rahkeem Cornwall (up six places to 65th).

Pakistan completing a 2-0 sweep over South Africa is followed with good news from the rankings perspective as well, especially with regard to fast bowling.

Player of the series Mohammad Rizwan has attained a career-best 16th place after scores of 26 and 115 helped him make a leap of 19 places in the list.