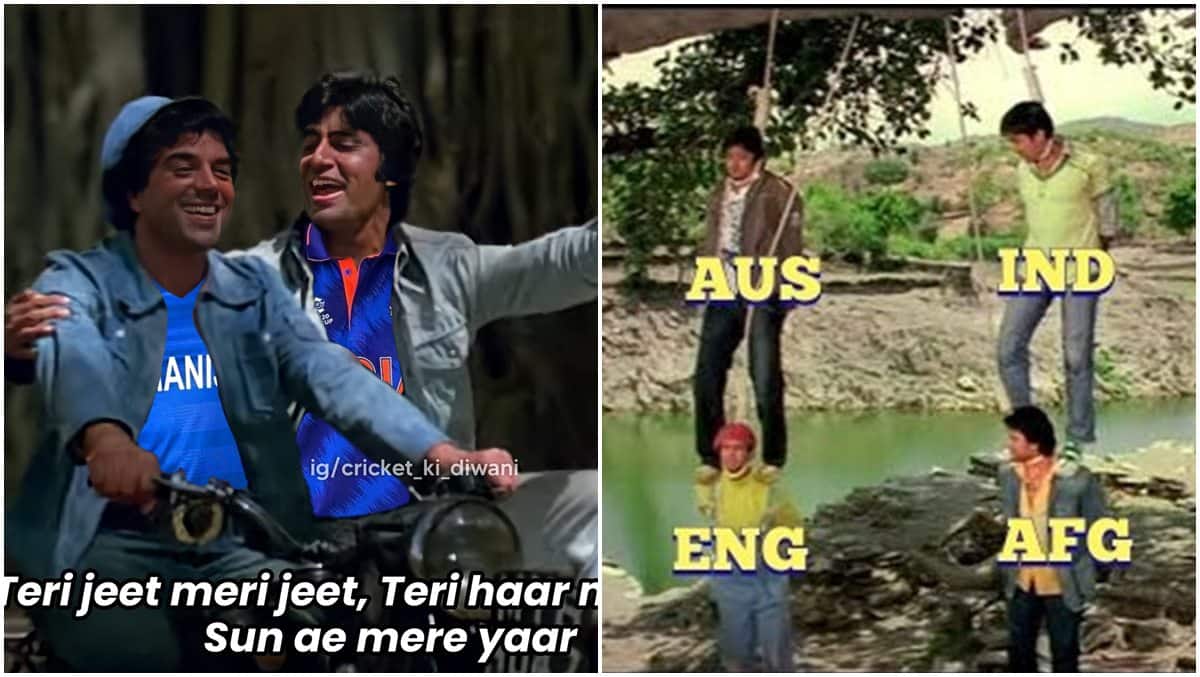 Never before in the history of cricket, have Afghanistan become so important to India. Never before has a T20 game between Afghanistan and New Zealand become a meme fest on social media in India and across the border.

“Kaal New Zealand jitega (Will New Zealand win tomorrow)?” A taxi driver from Lahore was eager to know during a short trip to Motor City in Dubai on Saturday. His question was related purely to cricket, that if India somehow qualify for the knockouts and reach the final, Pakistan will have a tough game. India and England are the two teams he wanted to see the back of.

Wasim Jaffer’s Twitter posts revel in pun and hilarity. A day before the game, the former India opener chose a meme to describe the current situation, England and Afghanistan carrying Australia and India respectively on their shoulders.

A cheeky comment had this: “Current situation: India and AUS not only need to win but need AFG and ENG to win too for certain/easier passage.”

England lost to South Africa yesterday, but scored enough runs to secure Australia’s passage to the semifinals on net run-rate. Indian fans pray for an Afghanistan win on Sunday, against the 2019 World Cup finalists and the current World Test champions.

The Kiwis are expectedly shutting out the outside noise. With a hint of sarcasm, Jimmy Neesham nipped the question in the bud, when asked about 1.4 billion Indians cheering on (for New Zealand’s opponents). “Somewhere between zero and one per cent,” the New Zealand all-rounder was expectedly indifferent as regards to India’s chances of qualifying for the semifinals.

“The result of the match between New Zealand and Afghanistan will be of huge significance for both teams and India,” wrote Afghanistan’s The Khaama Press news agency.

The Indian team remains unperturbed, its mood captured by Ravindra Jadeja after the Scotland game, when he was asked what if Afghanistan fail to beat New Zealand on Sunday. “Toh phir bags pack karke ghar jayenge, aur kya (We will pack our bags and go home).”

The New Zealand-Afghanistan game in Abu Dhabi starts at 2 pm local time (3:30 pm IST). India’s optional training session in Dubai today, ahead of their match against Namibia, is scheduled from 6.30 pm.