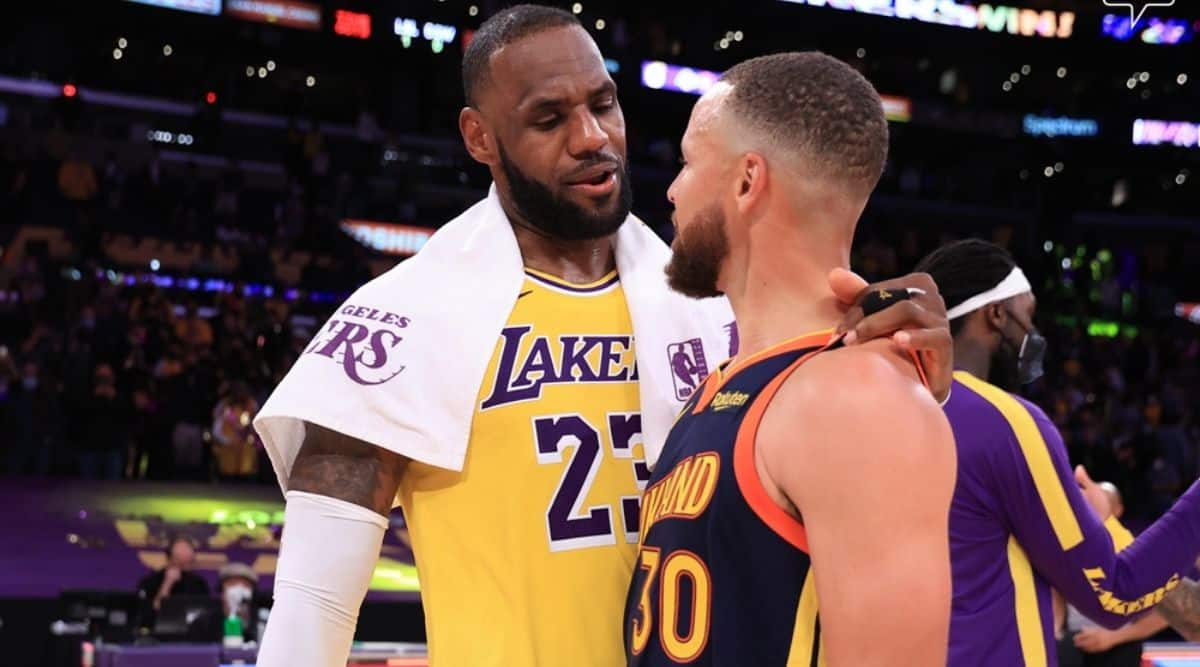 The NBA’s play-in tournament nearly fell flat with a series of blowout games until LeBron James and Stephen Curry rescued the postseason appetizer experiment with a dynamic one-off between the Los Angeles Lakers and Curry’s Golden State.

Now, the real games are here, with the New York Knicks and Brooklyn Nets both earning a seat at the table.

In the Western Conference, neither of the two top seeds — the Utah Jazz or the Phoenix Suns — are favored to escape the conference with the defending-champion Lakers and the Los Angeles Clippers lurking.

In the Eastern Conference, the Nets are finally at full strength at the right time, Milwaukee and Philadelphia are revamped, looking to advance beyond past stumbles, and Jimmy Butler and his Heat — last season’s Eastern Conference champions — will try to prove that success last year was no fluke.

Here’s a look at the matchups.

No. 1 Philadelphia 76ers vs. No. 8 Washington Wizards

The Wizards have emerged as an Eastern Conference feel-good story to rival the Knicks. To seize the East’s final playoff berth, they rallied from a 17-32 start and a coronavirus outbreak that shut down the team for nearly two weeks.

The problem: Washington’s reward is a first-round matchup with the best Philadelphia team since Allen Iverson led the 76ers to the NBA finals in 2001. Joel Embiid is one of three finalists for the league’s Most Valuable Player Award, Ben Simmons ranks as one of the league’s most feared defenders and coach Doc Rivers, in his first season with the Sixers, has this group primed to capitalize on an enticing playoff draw.

The three teams best equipped to keep the Sixers out of the NBA finals — Milwaukee, Miami and Brooklyn — are all on the other side of the bracket, meaning Philadelphia can face only one of them and not before the conference finals.

The potency of Bradley Beal and the triple-double king Russell Westbrook in the Wizards’ backcourt might enable them to steal a game, but this is a series in which the Wizards will badly miss Thomas Bryant, their rugged center who sustained a season-ending knee injury in January. As good as Daniel Gafford has been since Washington acquired him from Chicago on trade deadline day in March, Gafford and a resurgent Robin Lopez will need help to cope with Embiid. — MARC STEIN

No. 2 Brooklyn Nets vs. No. 7 Boston Celtics

The Nets’ starters have not played together enough to be deemed invincible, but it will take a team at full strength to pose any serious challenge. The Celtics are not that team.

Boston limped through the regular season with injuries to Kemba Walker, Marcus Smart and Evan Fournier, whom the Celtics traded for in March. Most significantly, Jaylen Brown and his 24.7 points and six rebounds per game are out for the season following his wrist surgery.

Walker and the offensive virtuoso Jayson Tatum will have to play magnificently and carry the burden just to steal a game or two against a Nets defense that can be porous. The Nets finished with one of the most efficient offenses in NBA history, scoring 117.3 points per 100 offensive possessions, and vied for the Eastern Conference’s top seed, despite piecing together rotations throughout the season.

The most realistic result of this series is that the Nets will use the games as an opportunity to jell following a regular season in which Kevin Durant, James Harden and Kyrie Irving rarely all shared the court. Their real test won’t come until they meet healthier opponents down the playoff line. — JONATHAN ABRAMS

Last season, the Heat thumped the Bucks in the Eastern Conference semifinals, needing just five games to eliminate Giannis Antetokounmpo & Co. It was another disappointingly brief postseason appearance for Milwaukee, which has reoriented itself behind Antetokounmpo for another crack at its first trip to the NBA finals since 1974 — and its first championship since 1971. Few contenders, if any, have gone about their business more quietly. Antetokounmpo went a long way toward ensuring a drama-free existence for the franchise by signing a huge contract extension before the start of the season, and the addition of Jrue Holiday has given the team some defensive-minded toughness.

A season removed from an Eastern Conference championship (and a demolition of the Bucks in the process), the Heat have had their ups and downs. Jimmy Butler appeared in just 52 games because of injuries and illness, but he is a fearsome competitor — especially in the postseason. Duncan Robinson and Tyler Herro are constant perimeter threats, and the power forward Bam Adebayo is coming off the most productive regular season of his career. Slowing Antetokounmpo — who was limited by an ankle injury last season — will be the challenge. — SCOTT CACCIOLA

The Knicks and Hawks might be the most evenly matched teams in the first round. Each team has a marquee player who carried it to the postseason: Julius Randle for the Knicks, and Trae Young for the Hawks. Both teams played their best basketball in the second half of the season after an inconsistent first half. Both were among the slowest in terms of pace.

All of that to say: This is a tossup. The Hawks do have a wild card in their favor: health. They’re getting some key players back, including Kris Dunn and De’Andre Hunter, who were out with injuries for most of the season. That could cause some headaches for the Knicks, who have mostly avoided the injury bug.

The Knicks were elite defensively and have the weapons to contain Young. But offensively, the Knicks have had trouble finding consistent help for Randle. That being said, Randle played the best basketball of his season against Atlanta. The Knicks won all three of their matchups. — SOPAN DEB

What to make of the Utah Jazz? They were the best team in the NBA and did not have a single top candidate for the Most Valuable Player Award. Donovan Mitchell, their young star in the midst of a career year, missed the final 16 games of the season because of an ankle injury. The Jazz went 10-6 in those games. Utah led the league in point differential, meaning the average margin of victory for their games. The team was dominant, in large part because of Rudy Gobert’s anchoring of the defense, and because of players like Joe Ingles and Jordan Clarkson picking up the slack with Mitchell absent.

They’ll face Ja Morant and the Memphis Grizzlies, who overpowered Golden State in a play-in game Friday night for the eighth seed. Morant, who won the Rookie of the Year Award last season, was relentless on Friday with 35 points. The Grizzlies are young and inexperienced, but they’re also fearless. That mindset will give them their best chance against the Jazz. — SOPAN DEB

No. 2 Phoenix Suns vs. No. 7 Los Angeles Lakers

The Suns assembled their best regular season since 2006-7, motoring through a competitive conference to win their division. Just two seasons ago, they went 19-63 and were a laughingstock. But their talented young core, led by Devin Booker and Deandre Ayton, has begun to fulfill its potential, and the addition of Chris Paul in the offseason infused the team with leadership, desire and direction.

The Suns’ reward for all their hard work? A first-round meeting with the defending champions. It doesn’t exactly seem fair that Phoenix has to christen its first trip to the postseason since 2010 by figuring out how to contend with LeBron James and Anthony Davis. (Welcome back to the playoffs!)

The Lakers are an oddity as a No. 7 seed: Injuries to their stars hindered their season, and the roster was seldom whole. James, for example, appeared in just 45 games because of an ankle sprain. But if his game-sealing 3-pointer against Golden State in the play-in round is any indication, he could be rounding back into form — and the Suns could be in for a tough series. — SCOTT CACCIOLA

No. 3 Denver Nuggets vs. No. 6 Portland Trail Blazers

The last time these teams met in the playoffs, the result was an epic seven-game clash that included a quadruple-overtime game before Portland exhaustingly outlasted Denver in the 2019 Western Conference semifinals.

Both teams have sensational MVP candidates — Denver’s Nikola Jokic and Portland’s Damian Lillard, stars looking to journey past the conference finals for the first time.

Both also wavered through uneven stretches during the regular season. Denver was below .500 after the first 13 games of the season, and Portland often struggled while cycling through a series of injuries to key rotation players.

But Portland will have the services of CJ McCollum and the former Nugget Jusuf Nurkic after each missed chunks of the regular season. The Nuggets will be without Jamal Murray, one of the breakout stars of last season’s playoffs, after he sustained a knee injury in April. Denver’s Monte Morris and Will Barton are also nursing recent injuries.

Jokic should be able to find holes in Portland’s 29th-ranked defense. The Nuggets will look for Aaron Gordon, acquired in a March trade with Orlando, and Michael Porter Jr. to replace some of Murray’s scoring punch and will need to pay attention to Lillard and McCollum on screens. — JONATHAN ABRAMS

No. 4 Los Angeles Clippers vs. No. 5 Dallas Mavericks

When the Clippers lost their final two regular-season games to Houston and Oklahoma City, two of the league’s worst teams, it signaled to the rest of the NBA that the Clippers wanted to get out of the Lakers’ side of the Western playoff bracket and delay a possible matchup until the conference finals. With the Clippers needing only a win over the Thunder to clinch the No. 3 seed, rest assured that they were equally motivated by the prospect of dropping to No. 4 and locking in a first-round series with Dallas.

The state of the Clippers’ psyche remains a major curiosity after their second-round collapse against Denver last season, but no one questions their confidence in being able to beat the Mavericks for the second straight postseason. It’s a matchup they clearly relish; health is the greater uncertainty after they coped with myriad injuries this season.

For all of the danger Dallas’ Luka Doncic poses, Clippers coach Tyronn Lue has a variety of defensive options (Kawhi Leonard, Paul George and Marcus Morris for starters) to send at Doncic and make him work for his numbers. To have a chance, the Mavericks will need consistent production from Tim Hardaway Jr. and Jalen Brunson, and even more so from their big men who can stretch the floor with shooting — Maxi Kleber and Kristaps Porzingis. — MARC STEIN