WWE superstar Lacey Evans verbally berating a Canadian police officer in Edmonton on Saturday has gone viral after it was posted on her Twitter account. 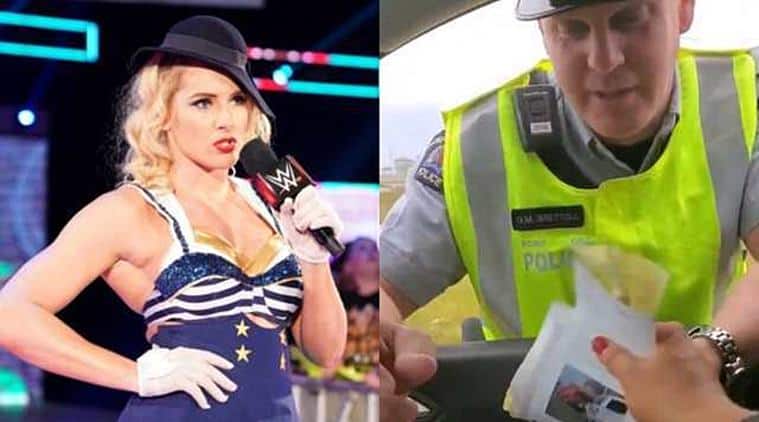 WWE superstar Lacey Evans verbally berating a Canadian police officer in Edmonton on Saturday has gone viral after it was posted on her Twitter account.

Evans, who was in Edmonton for a WWE Live! show at Rogers Place on Saturday night, was issued a violation ticket for speeding.

But what is incredible is how she stays in character when she is issued the ticket. Evans can be heard saying: “Do you know who I am?”

“I have no idea,” said the officer, who is identified by a name tag as G.M. Brettell. “WWE superstar,” she can be heard saying. “You should know exactly who I am.”

However, some people are getting very, very upset at her about it, including WWE superstar Natalia.

Lacey Evans is back in the USA after being pulled over for speeding in Canada, and she is not happy. Evans, who stayed in character throughout her interactions with Edmonton police, posted to Twitter:

Earlier, speaking with TV Insider, Evans discussed her current “Southern Belle” character ans said, “That’s the hardest part of doing this job. As a sports entertainer, you’re expected to tell a story. Your real-life story, it really can’t come to light because it really has nothing to do with the story that the company wants right now,” Evans said.

“As much as I would love to every day bring this emotion and story out there, that is not always the case. It depends on your character or what the story is at hand. I wish I could,” she added.