New Zealand completed a seven-wicket victory over India in the second Test in Christchurch on Monday to win the series 2-0. 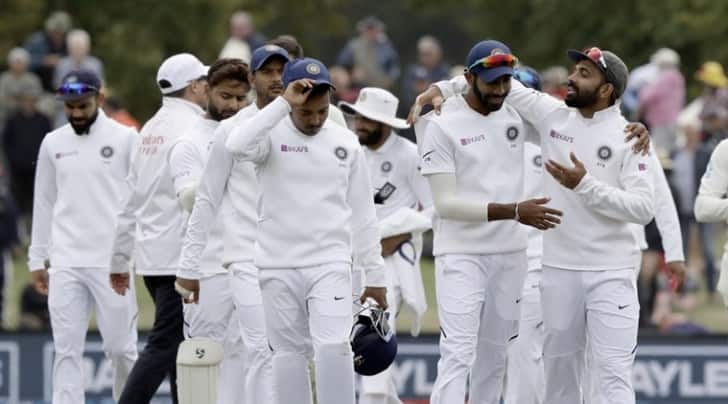 New Zealand completed a seven-wicket victory over India in the second Test in Christchurch on Monday to win the series 2-0 and sweep of the number one side in the world. The Black Caps dismissed the tourists for 124 in the first hour of the day before chasing down their 132-run victory target with half of the test to spare for the loss of three wickets.

Henry Nicholls hit the winning run as New Zealand drove home a dominance that was only briefly challenged in the series as India succumbed to their first two defeats in the World Test Championship.
Openers Tom Latham (52) and Tom Blundell (55) did most of the work before falling to Umesh Yadav and Jasprit Bumrah respectively, the latter producing a peach of a ball to take out the batsman’s off stump.

Expressing his disappointment, Virat Kohli said that India’s failure in the Test series was a combination of the home team making them commit mistakes and the Indian batsmen not having the proper execution.

Here is how the cricket fraternity reacted:

India’s final wicket fell when Bumrah charged down the track for a single and was left stranded as Ravindra Jadeja declined the run, a suitably chaotic end to a poor effort from a much vaunted batting order on New Zealand’s green pitches.