The clash between world champions Australia and current number one India produced a high-scoring contest, which the tourists clinched with four balls to spare to go 1-0 up in the three-match series.

Earlier, Hardik Pandya’s unbeaten 71 off 30 balls fired India to an imposing 208-6, their highest score against Australia, after being put into bat at the Punjab Cricket Association Stadium in Mohali.

The home side lost skipper Rohit Sharma and Virat Kohli inside five overs but KL Rahul and Suryakumar Yadav steadied the innings with a 68-run stand.

India risked losing the momentum after both fell in quick succession but Pandya produced a scintillating knock that was studded with five sixes and seven fours.

The all-rounder raced to a 25-ball fifty and finished with a hat-trick of sixes from the 21-run final over from Green. 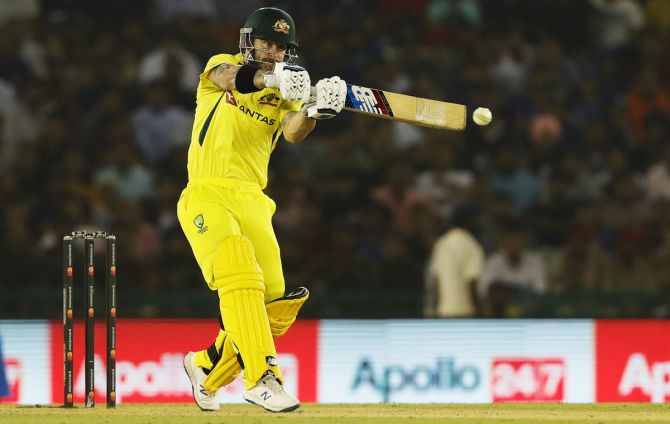 Nathan Ellis (3-30) was the pick of the Australia bowlers and also took two catches to send back Rohit and Rahul.

Aaron Finch (22) signalled Australia’s intent by hitting the first ball of their innings for a six but could not convert the start.

Green capitalised on a dropped catch to smash four sixes as Australia reached 109-1 at the 10-over mark before their top order caved in.

Green fell after an attempted slog-sweep against Axar Patel (3-17) and Umesh Yadav, having bled 16 runs in his first over, returned to remove Steve Smith (35) and Glenn Maxwell caught behind in the same over.

Wade and Tim David combined to milk 22 runs from the 18th over from Harshal Patel to turn the match on its head.

Singapore-born David departed after making 18 on his Australia debut but Wade stayed on to blast 45 not out off 21 balls to seal victory.

India dropped three catches and were left to rue their death-overs bowling.

The teams move to Nagpur for the second match on Friday.