The Decision Review System (DRS) during the Test series between India and Australia has been a topic of hot debate. 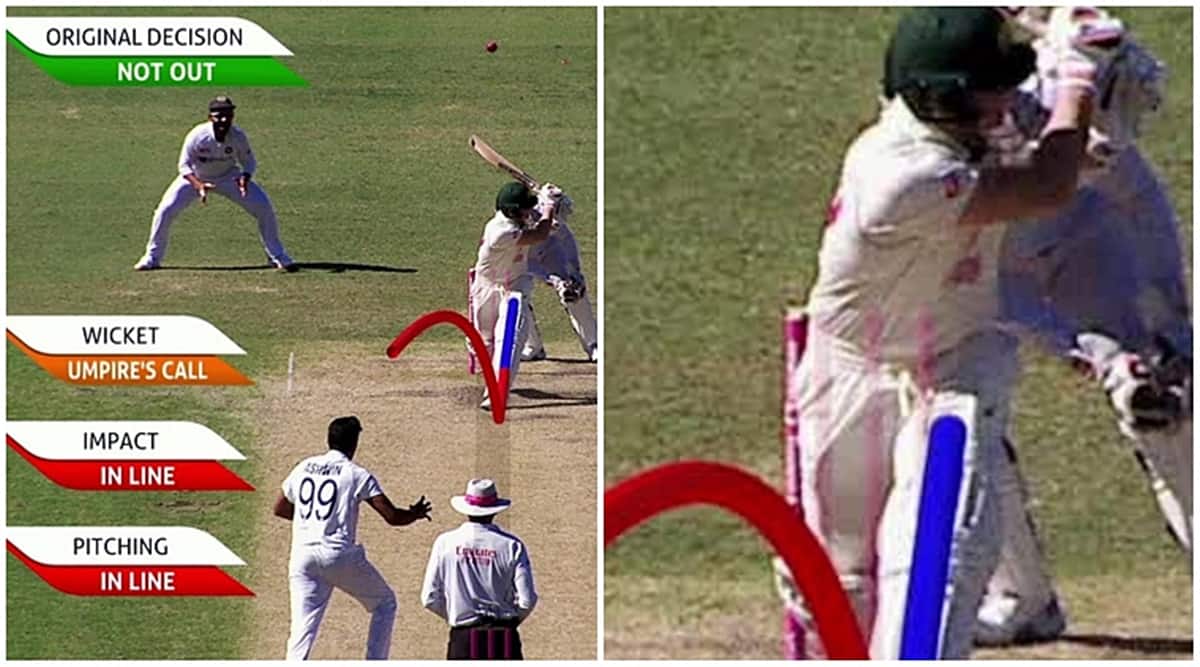 The Decision Review System (DRS) during the Test series between India and Australia has been a topic of hot debate after frequently coming under the scanner on several occasions.

On Saturday, during Day 3 of the ongoing third Test, the DRS stirred controversy in the 12th over of Australia’s second innings when India spinner Ravichandran Ashwin’s delivery crashed into Steve Smith’s pads.

While the ball was seemingly going down the leg side, Ashwin convinced his skipper Ajinkya Rahane to go for the review.

Hawk-eye took a while before replays showed the ball hitting what appeared to be a virtual fourth stump on screen — which was some distance away from the actual leg stump.

The decision was shown as an umpire’s call which meant India retained their review.

“Have we heard any clarification from the authorities responsible for this? The mysterious fourth stump making an appearance on replays” wrote former India batsman and commentator Aakash Chopra.

Meanwhile, Steve Smith missed out on a second hundred but rookie Cameron Green smashed a hapless Indian attack to help Australia set an imposing 407-run target for the visitors on Sunday.

It will be no less than a miracle if India are able to bat out an entire day to save a Test match after Green (84 off 132 balls) made merry on a track on which some of the senior Indian batsmen found it difficult to score.