India vs England Live Score, IND vs ENG 4th Test Live Match Score, Day 4: All eyes will be on the Oval surface and how it behaves on the fourth day. Bad light brought an early end to play on Saturday — to groans from the crowd, given the state of the match — with India closing on 270/3 and with a lead of 171 runs. The third day pitch at the Oval was benign. The old ball barely did anything. However, all eyes will be on the surface and how it behaves on the fourth day.

The opening minutes have been well negotiated by Kohli and Jadeja. Jadeja has offered a few shots. Kohli has been the picture of compactness so far. The England bowlers are having a bit of trouble with their footmarks at the landing crease, so the big brooms are brought out to try and level the area.

It’s Robinson and Anderson who bowl for England at the outset on Day 4. Kohli gets the first run of the day with a single tucked to the leg side. The fourth day is underway at The Oval.

Play will be extended by 18 minutes today and a minimum of 95 overs are expected to be bowled. Play was called to an early close yesterday because of bad light. Day 4 set to begin in a few minutes.

‘Weather looks fairly good today. It was expected to be cold and overcast, but it’s bright at the moment. There will be swing but how much is the question.The surface has now turned into an absolute belting track for batting. We saw that yesterday too. The grass has more or less died out and the heavy roller will only make it even more flatter.’ says Dominic Cork.

It’s the fourth day of the fourth Test of what has been a riveting series. Kohli and Jadeja will be walking out to bat for India in another half an hour. Rahane and Pant to come after this. India’s lead now 171. The first hour of the day has been starkly different from the rest of the day in this Oval Test. No first hour possibly will be more important than today’s. India have taken the advantage in this topsy-turvy match through their batting performance yesterday. Rohit, Rahul and Pujara showed up on Day 3. Who will shine on Day 4? 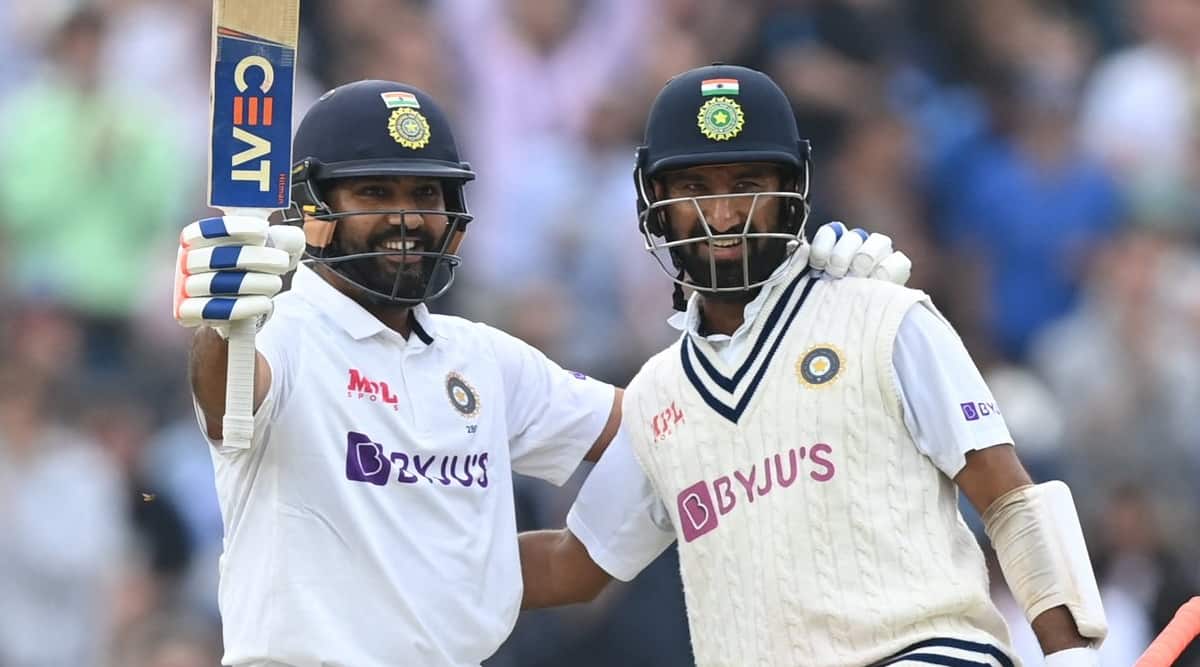 In his first overseas Test hundred, Rohit Sharma showed dignified restraint. A raised bat to acknowledge the applause, a handshake with Cheteshwar Pujara and a smile, which more than anything else had the relief of breaking the jinx. He has been playing Test cricket since 2013. Eight years and 42 Test matches later, the monkey was finally off his back.

Carried by his century and Pujara’s effervescent 61, the tourists mounted a fightback and two wickets in an over notwithstanding, they finished the day on 270/3, when bad light stopped play. With two days to go, India lead by 171 runs and the ball has started to turn off the footmarks. (READ MORE)