The spat between Washington Sundar-Jonny Bairstow occurred when England were chasing a target of 127 to win the first T20I. 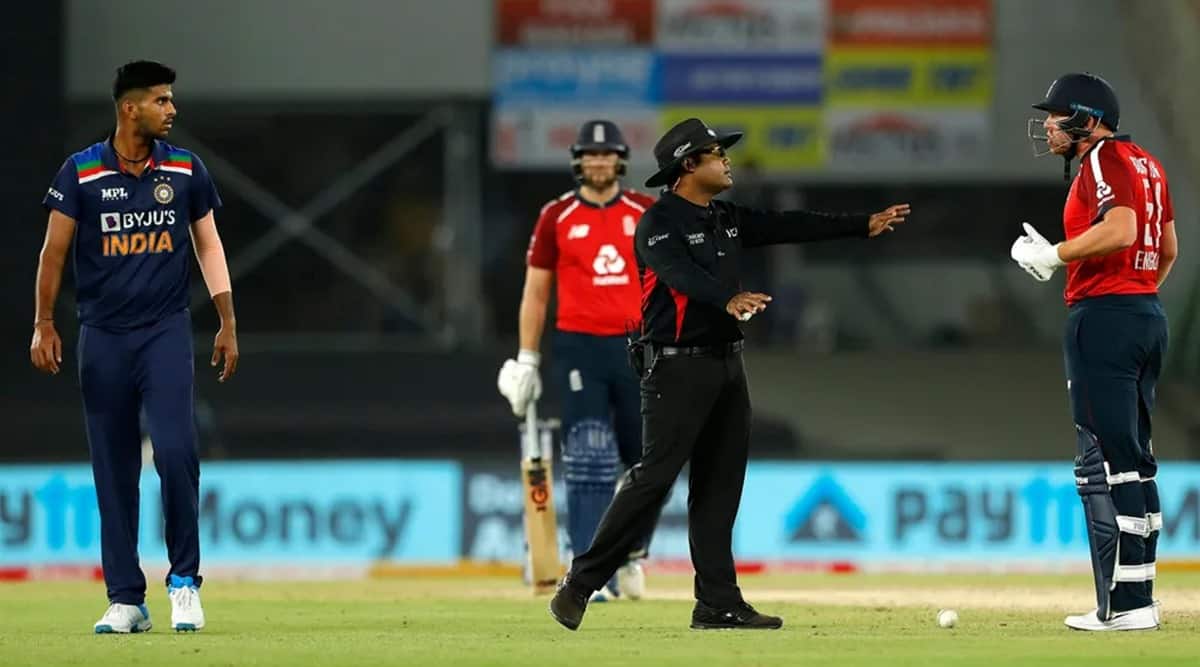 England’s bowlers did the spadework before opener Jason Roy’s explosive 49 helped secure a comprehensive eight-wicket victory against India in the first Twenty20 International in Ahmedabad on Friday.

Electing to field, Eoin Morgan and his men denied India a strong start and eventually restricted them to a below-par 124-7 despite Shreyas Iyer’s breezy 67.

Roy smashed three sixes and four boundaries in his 32-ball blitz and England wrapped up victory with 4.3 overs to spare with Dawid Malan, who made 24 not out, sealing the win with a six.

Roy and Jos Buttler effectively killed off the contest with their 72-run opening partnership.

However, while the tourists overpowered the hosts, there was one incident that grabbed quite a few eyeballs.

On the last ball of the 14th over, Sundar was involved in a heated exchange with England batsman Jonny Bairstow after Dawid Malan chipped a delivery straight back to Sundar and the latter went for a catch on his follow-through.

Umpire Nitin Menon has to intervene to diffuse to the situation.

Malan chipped it to the left of the bowler and Bairstow did not change his path, he turned his back and got back into the crease, which in the process did not give space for Sundar to take the catch. In fact, the ball hit Bairstow on the helmet as he was turning to get back in the crease

Meanwhile, Ahmedabad hosts all five matches in the series with the second match scheduled for Sunday.