Despite raising the tempo — and hopes — late in the second half, Kerala Blasters had to be content with a goalless draw against Odisha FC in the Hero Indian Super League at the Nehru Stadium here on Friday night.

But the match should have gone the Blasters’ way, for the home side was denied a penalty in the 35th minute when its young star Sahad Abdul Samad was brought down inside the box.

It was an evening marred by injuries.

Already struggling with many of its leading players on the injured list, Blasters suffered another setback with its Brazilian defender Jairo Rodrigues limping off in the third minute. By the 23rd, the teams’ strikers — Odisha’s Aridane Santana, the joint leader in the ISL scorers’ list this season, and Blasters’ Raphael Messi Bouli — suffered a collision while rising for the ball, and had to be replaced.

The home side — which started without its captain and top scorer Bartholomew Ogbeche, and with Cameroon’s Raphael Messi Bouli — had just two foreigners on the field for a major part of the game while Odisha had five.

Shortly after the half-hour mark, Samad was on a smart run, dodging past his markers. But he was brought down inside the box by defender Narayan Das. The Blasters screamed for a penalty but the referee was unmoved. Visibly upset, head coach Eelco Schattorie had a word with the referee during the break.

The Blasters looked stronger and combined better in the second half, going all out for the elusive goal shortly after the hour mark. But Raju Gaikwad’s shot was just wide of the post and a couple of minutes later, K. Prasanth’s attempt from the edge of the box, after a nice cross from Samad, went over.

Ogbeche’s arrival, in the 77th minute, raised hopes. And Blasters’ best chance came in the 85th minute with Ogbeche’s headed attempt inside the box floating towards K.P. Rahul. Rahul produced a strong shot but Odisha goalkeeper Francisco Sanchez smartly pushed away the danger. 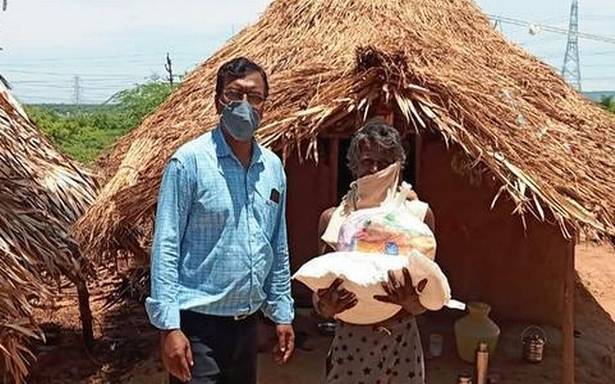