Rajasthan Royals come up short in the achievable chase as Delhi speedsters are too hot to handle. 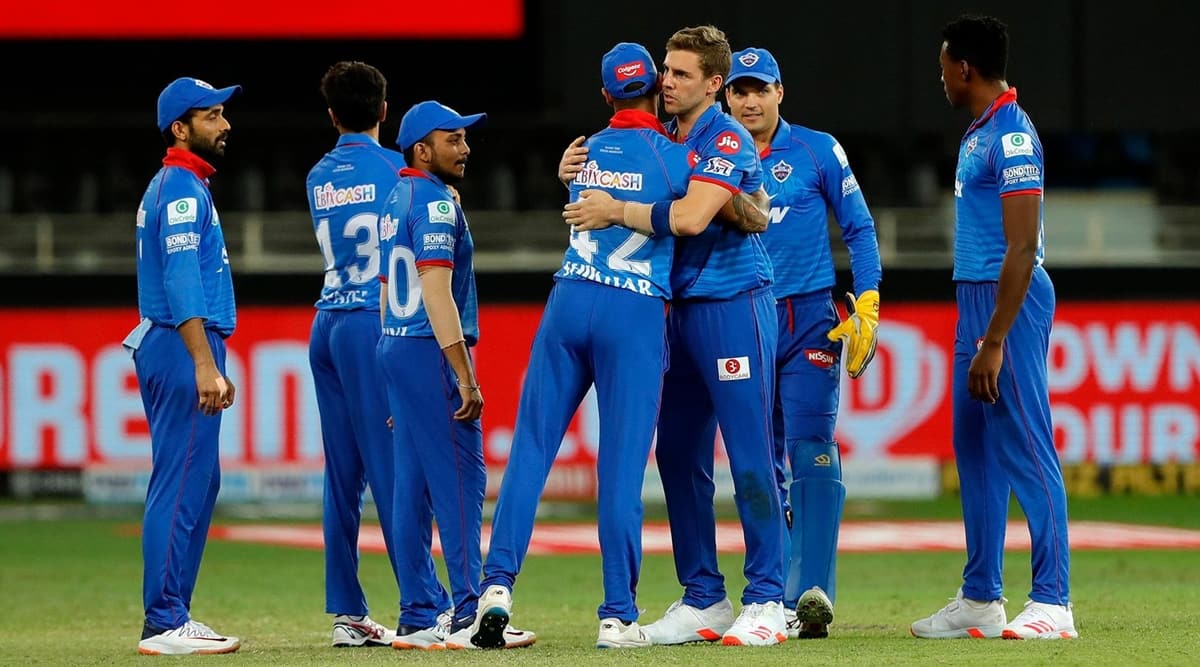 Delhi Capitals showed how to defend 39 runs in the last five overs. It started with a stunning effort from R Ashwin, who conceded just two runs in the 16th over when Rajasthan Royals were clearly in the ascendancy. The off-spinner gave just one run to dangerman Rahul Tewatia in five balls to begin the turnaround. With Kagiso Rabada and Anrich Nortje doing the strangling job with aplomb, it came down to 22 off the final over bowled by debutant Tushar Deshpande, who had already taken the important wicket of Ben Stokes with a slower delivery when England’s World Cup hero was threatening to take the game away from Capitals. He didn’t allow Tewatia to do what he did against Kings XI Punjab and Sunrisers Hyderabad, and Delhi Capitals, with one of the best bowling attacks in the business, defended 161/7 to win by 13 runs despite Jofra Archer’s memorable spell.

A 148.2 kmph ball ricocheted off empty stands at the midwicket boundary. A 146kmph cracker was lapped round the corner. A 156.2 screamer, perhaps the fastest ball in IPL history, was also paddled away. All this in one over, the second of the chase, by Jos Buttler. Still, Nortje didn’t lose his focus. No moans, no sighs, no losing the plot; he just ran in fast again. Not a compensating slower one or correction of length as all those boundaries were hit off full deliveries. Nor an angry bouncer. Nortje hurled another full and fast one at 155.1 kmph, that skidded past the bat to crash into the stumps. It was Nortje’s own little Tewatia moment: looted for 16 runs in five balls, he had come back to take out the runaway express Buttler.

The South African speedster took a punt in the 13th over, thinking he could ambush Robin Uthappa with short ones, but was slashed for a four and pulled for a six. He didn’t forget it when he came back for the all-important 18th over with Rajasthan needing 28 with the Uthappa-Tewatia combo in the middle. This time, Nortje hurled them full and Uthappa took a gamble, charging at him. But it was a near 150 kmph middle-stump yorker that squeezed under the blade. He just gave four runs in that over and seized the moment for his team.

What’s the delivery that we associate with Archer? Over the last two years, we have seen everything in his digital flip book: a nasty bouncer, the one that dinks away a touch, the one that tilts in a bit, the occasional yorker, and the slower one. The closest to a stock ball has been the nip-backer, that comes naturally to him with his open-chested action, and it was the delivery that nailed Prithvi Shaw off the first ball of the match.

Archer couldn’t have conjured a better delivery for Shaw who has had problems playing away from the body. Yet, this time and as seen in the last few games, the young opening batsman didn’t make himself too vulnerable for a breach as he has tried to seal the technical flaw. The back leg used to stay rooted on the leg stump and even move away outside it; it made him play too far away from the body. Clearly aware of the issue, Shaw has now moved his stance across, the back leg is now on middle stump and though it still stays rigid, it at least doesn’t drag him away from the line of the ball.

And yet, this Archer delivery was too good for him. It first shaped in the air, landed full and then seamed in a bit. All this at serious pace. Despite his attempt with back-leg tinkering to be ready for exactly this kind of a ball, Shaw couldn’t do anything but hear the death rattle.

Archer also accounted for Ajinkya Rahane. A couple of screamers had Rahane beaten for pace and one ball hit the bat rather than the other way round. Rahane chose the wrong option out; trying to manufacture a pull to a fast delivery that wasn’t all that short and ended up weakly bunting it to mid-on. When he returned in the end overs, he bowled two tight overs, to keep Delhi in check. He had help from teenager Kartik Tyagi, who fired in yorkers consistently in a two-over spell. It’s a pity for Rajasthan Royals that his batsmen came up short and Archer finished on the wrong end of the result.