Images from the IPL 2022 match between Sunrisers Hyderabad and Kolkata Knight Riders at the MCA International Stadium in Pune on Saturday. 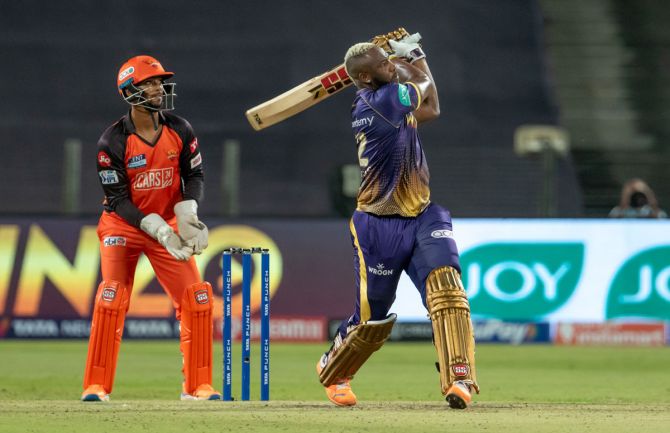 Umran Malik was back in his groove after a few forgettable outings as he ran through Kolkata Knight Riders’ top-order before Andre Russell’s counter-attacking unbeaten 49 took his side to a fighting 177/6 against Sunrisers Hyderabad in a must-win IPL 2022 match in Pune on Saturday.

Russell smashed 49 not out from 28 balls, including three sixes in the final over bowled by off-spinner Sundar Washington as KKR were able to hit 58 from the last five overs.

The West Indian brought KKR back on track as he put on 63 runs for the sixth wicket with Sam Billings, who made 34 off 29 balls.

Malik was back to his wicket-taking ways as he finished with good figures of 3/33 in four overs. He dismissed Nitish Rana (26 off 16 balls), Ajinkya Rahane (28 off 23 balls) and skipper Shreyas Iyer (15 off 9 balls) in his first two overs to peg back KKR.

He got good support from Thangarasu Natarajan (1/43), who nailed the block-hole deliveries with perfection, getting rid of Rinku Singh (5), who missed out on taking the review although it would have counted for little. 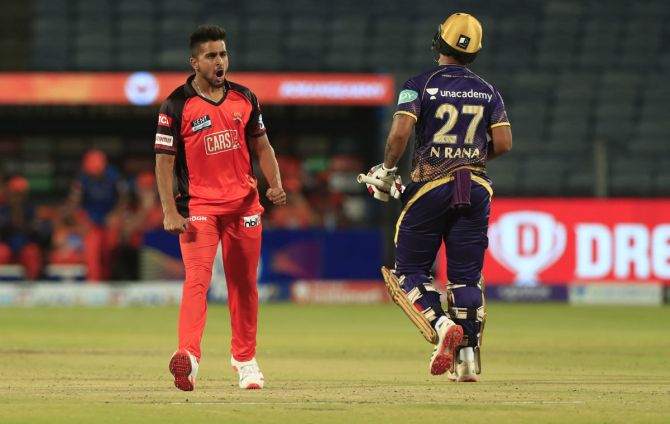 Venkatesh Iyer’s below-par showing with the bat continued as he chopped one from Marco Jansen back on to his stumps.

He was caught at sweeper cover as he slashed at a short wide delivery from Malik, who dented KKR’s top order by also dismissing Rana and Iyer in quick succession. 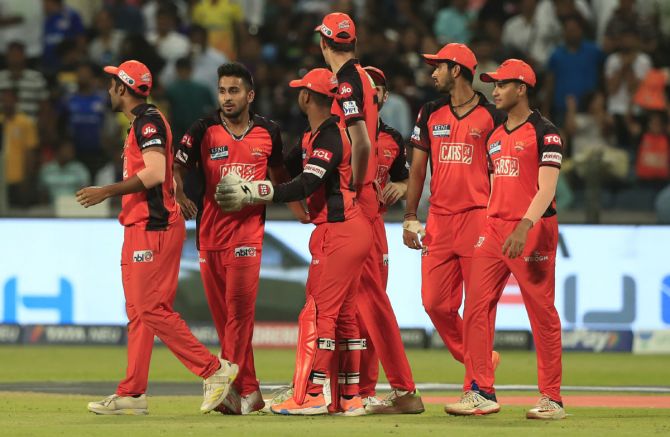 The KKR batting finally looked good when Russell and Billings took the attack back to the opposition camp with some big blows after initial period of struggle.

Towards the end of the innings, the experienced Bhuvneshwar bowled his change-ups to lessen Russell’s scoring areas as he had an impressive 13 dot balls in his entire spell.