Images from the Indian Premier League match between Kolkata Knight Riders and Rajasthan Royals, in Sharjah, on Thursday.

Shubman Gill hit a second consecutive fifty as Kolkata Knight Riders registered the highest score at Sharjah this season, posting a competitive 171 for 4 against Rajasthan Royals in their concluding Indian Premier League round-robin match on Thursday.

Gill scored 56 off 44 balls and Venkatesh Iyer 38 off 35 after getting the KKR innings to a rollicking start in a 79-run opening stand.

Rahul Tripathi (21), Dinesh Karthik (14 not out off 11 balls) and skipper Eoin Morgan (13 not out off 11) also chipped in with good knocks to take the Knight Riders past the 170-run mark. Young left-arm pacer Chetan Sakariya was the pick of the Royals bowlers with figures of 1 for 23.

Riding on Gill and Iyer’s impressive start, KKR raced to 50 in the eighth over. 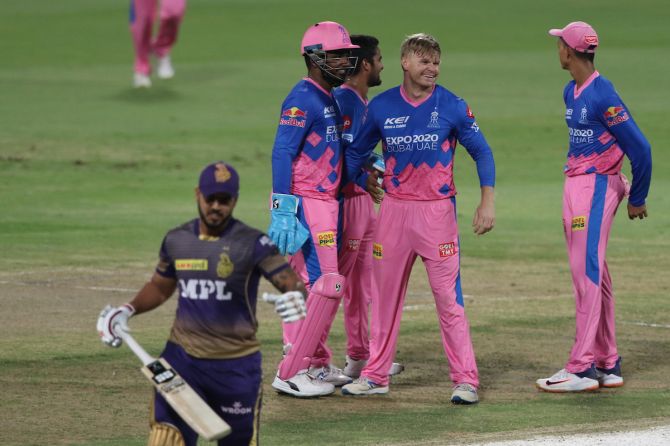 Iyer, as is his wont went after the bolwers from the start. He first clobbered Jaydev Unadkat over the deep midwicket boundary and then hit straight over the bowler’s head two deliveries later to accumulate 14 runs off the 10th over as KKR put up 75 without loss at the halfway mark.

Inspired by Iyer’s power-hitting, Gill then joined the party and welcomed Rahul Tewatia with a maximum. But Tewatia had the last laugh as he gave his side the important breakthrough when he went through the defences of Iyer. He got the ball to sneak through the left-hander legs as the batter went for an extravagant reverse sweep.

Rajasthan Royals then brought Glenn Phillips into the attack but the off-spinner went for 17 runs while dismissing Nitish Rana. 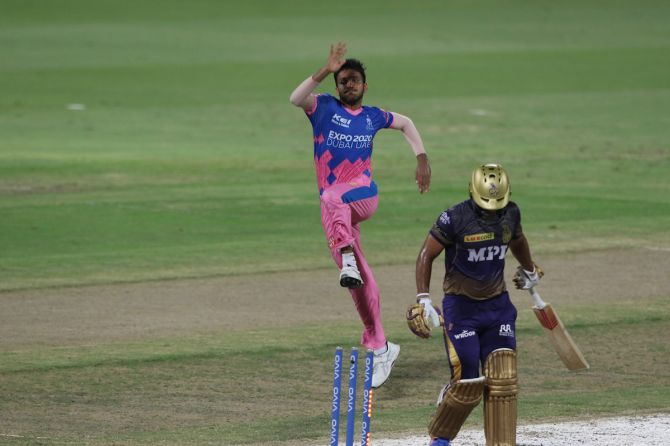 Rahul Tripathi was lucky to get a reprieve as he was dropped by Sanju Samson when he outside-edged a full delivery off Mustafizur Rahman off the last ball of the 13th over.

Tripathi cashed in on the chance and struck Shivam Dube for back-to-back boundaries in the next over.

Rana played a 5-ball 12-run cameo before Karthik and Morgan joined hands to end KKR’s innings on a high. 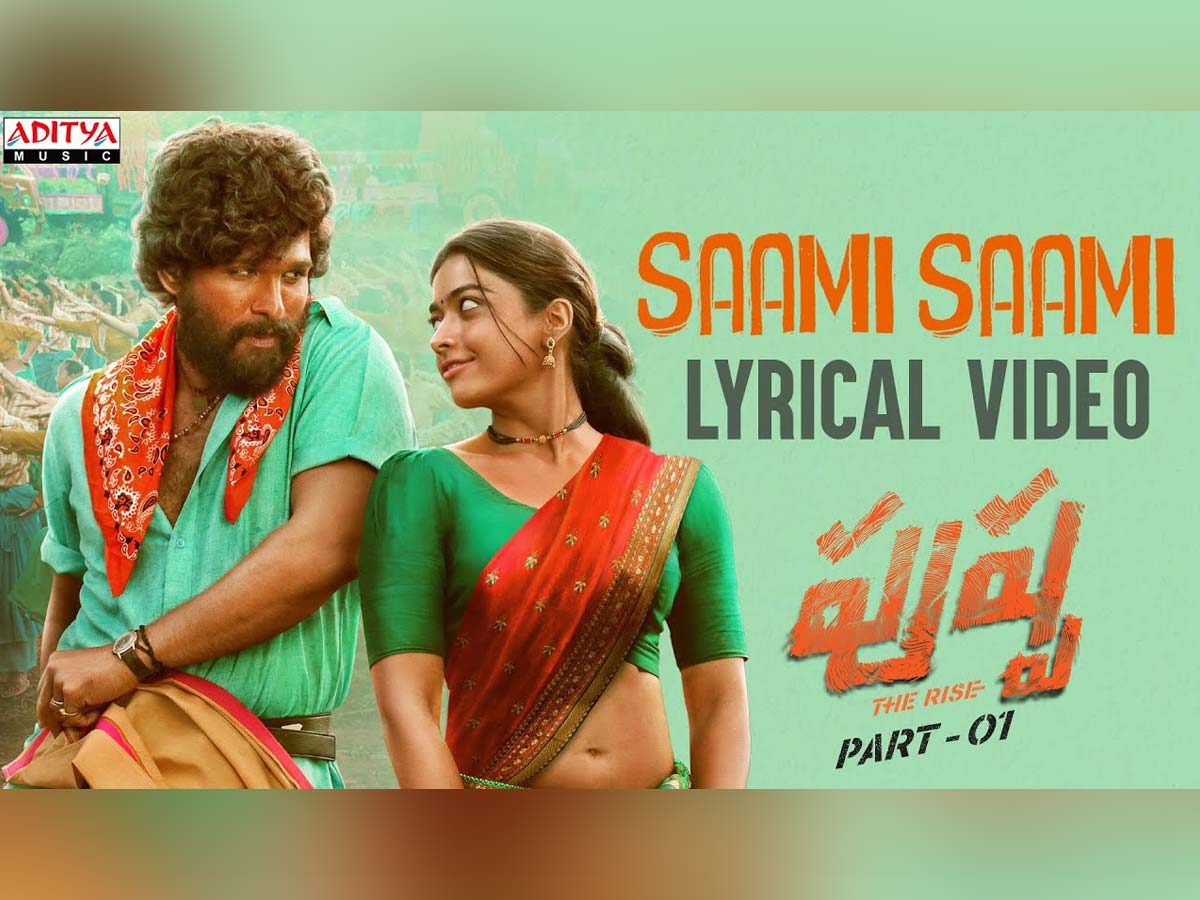