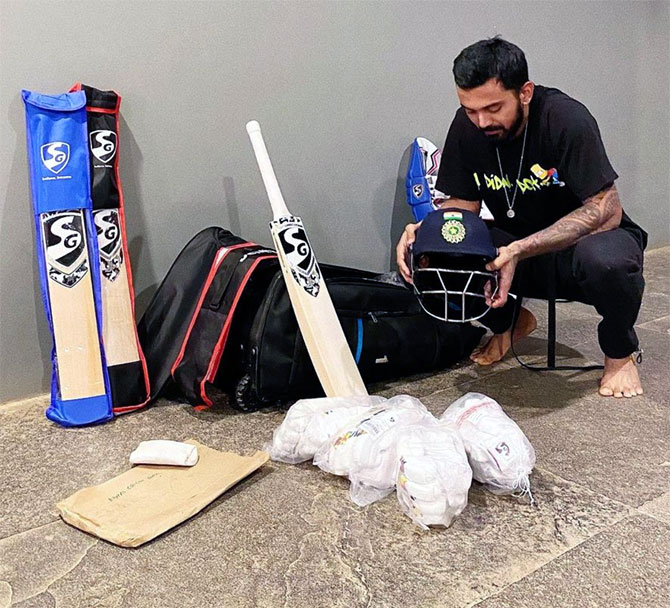 Who is K L Rahul missing most during this lockdown?

Hardik Pandya, his mate on Karan Johar’s couch, during that infamous gabfest? :))

Naah, neither Hardik nor Athiya makes the cut.

It is his batting kit that Rahul claims he is missing most.

Rahul has been confined to his apartment in Bengaluru since March and is missing batting more than girlfriend (at least that’s what he wants to believe) or buddy.

‘I miss you’, Rahul captioned an Instapic, accompanied by a sad smiley and a picture of helmets, pads, bats and gloves,. 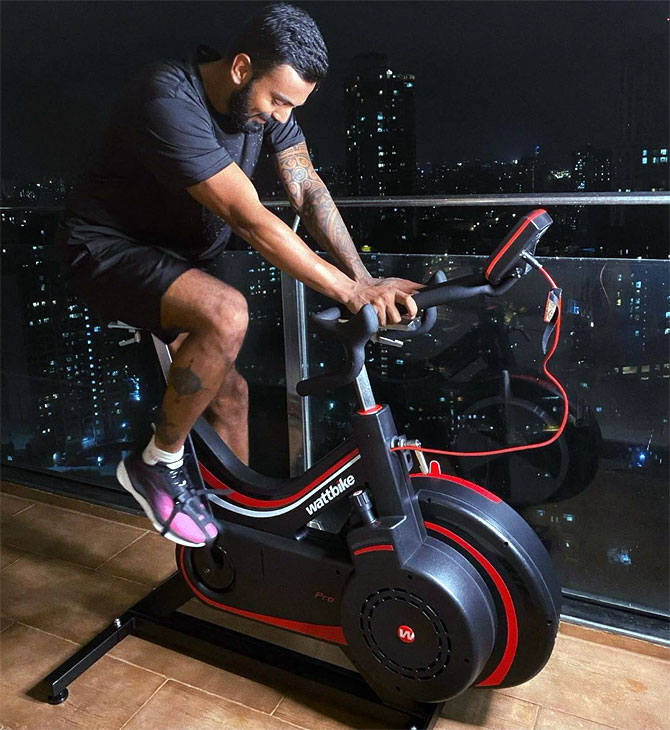 Rahul has also been working on his fitness indoors during the endless lockdown.

‘Burning that midnight oil’, he says in an Instapic in which he can be seen riding a gym bike. 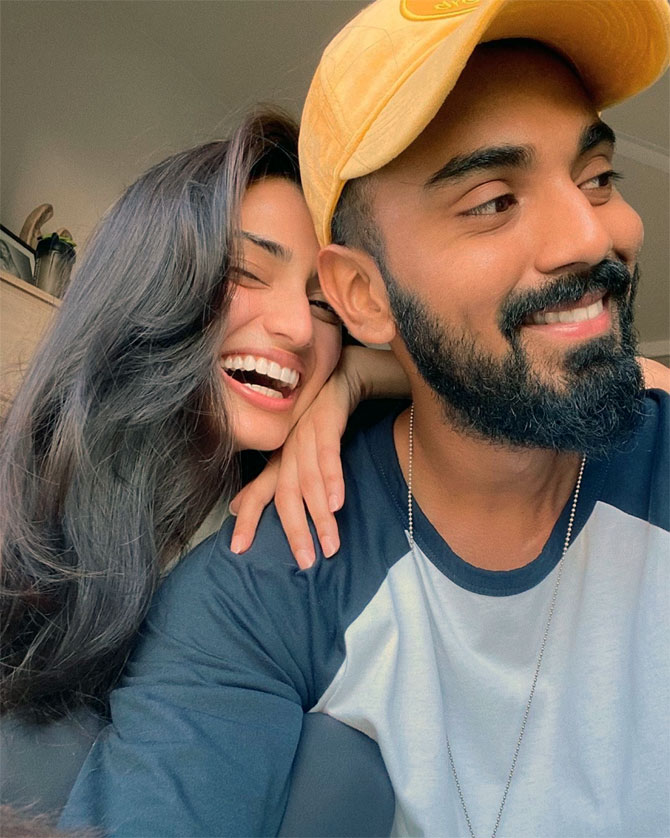 Maybe he doesn’t want to tell us or maybe he is scared of Anna*, Athiya’s muscular dad, but Rahul may really be missing Athiya most.

Athiya — who has starred in a couple of Bollywood films — confirmed their relationship when she posted a message for Rahul on his 28th birthday, April 18.

‘Happy birthday, my person’, Athiya declared along with a pic of both of them together.