On Saturday, during a promotional event in Kolkata, Ganguly expressed his surprise at the Indian team’s reported reluctance to play a day-night Test in Adelaide last year. 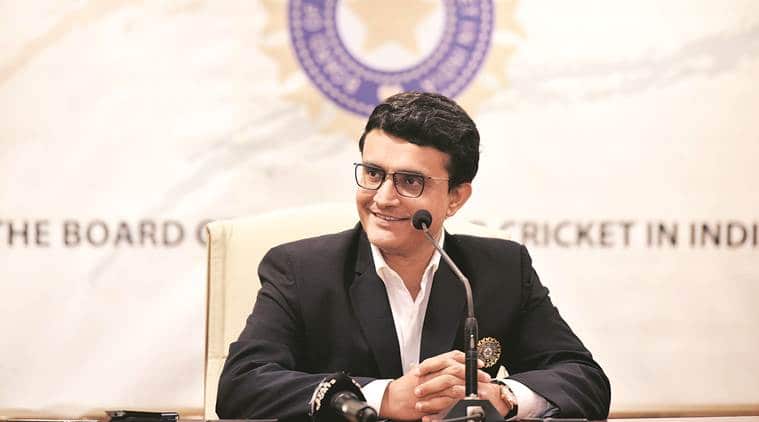 Virat Kohli took “three seconds” to agree to play day-night Tests when he met Sourav Ganguly after the latter took charge as the BCCI president. Following the interaction between the India captain and Ganguly, it was decided that Eden Gardens would host India’s first-ever pink-ball Test, against Bangladesh from November 22. On Saturday, during a promotional event in Kolkata, Ganguly expressed his surprise at the Indian team’s reported reluctance to play a day-night Test in Adelaide last year.

“I don’t know what’s the reason they didn’t want to play (Adelaide day-night Test). I met Virat, met him for an hour and the first question was that we need to have day-night Test cricket. The answer in three seconds was, ‘yes let’s go ahead and do it’. So I really don’t know what’s happened in the past. What’s the reason and who was involved in the decision. But I found him absolutely acceptable to play day-night Test matches. He realises that empty stands in Test matches is not the right way forward,” Ganguly said.

Last winter, when India toured Australia, the BCCI refused to play a day-night Test at the Adelaide Oval. The venue had hosted pink-ball Tests for the past three seasons, but the BCCI’s refusal forced Cricket Australia (CA) to convert the Test series opener to a day game. As per the ICC playing conditions, a day-night Test can be organised only in agreement with the “Visiting Board”.

Before that, during the last home season, plans to hold a day-night Test against West Indies at Rajkot didn’t materialise.

Ganguly also spoke about hard-selling the long-form. “Test cricket needs to be marketed a lot more than what we do at the moment. I couldn’t believe that Australia were hosting India in a Test match at Adelaide, and the Big Bash was going on in another part of the country at that time. It’s poor organisation. I know T20 cricket brings crowds, you see the IPL. But I think proper management of Test cricket will bring it back to where it was.”

He added: “Hopefully it’s (day-night Test) a start for India. It’s (Eden) the place to play the game in the world. With the fans, attention and love, and with this I think Test cricket will be back on its feet.”

Ganguly yet again stressed the fact that time has changed and the game must adapt accordingly. “When India went to Australia, my 100th Test match was a Boxing Day Test at the MCG. There were 70,000 people watching the game. You should see the Ashes… When Australia play England, not one seat is empty. When India played Australia in 2001 at Eden Gardens, there were 100,000 people watching. Now people’s life has changed, society has changed. You can’t leave offices to watch Test matches, so adaptability is most important. Most number of times, change is good. Sometimes when you are forced to change and come out of your comfort zone, it’s better.”