Scenes from the post triumph celebrations after Australia won its first T20 World Cup championship at the Dubai international cricket stadium on Sunday.

Please click on the images for a better look at the fun and frolic. 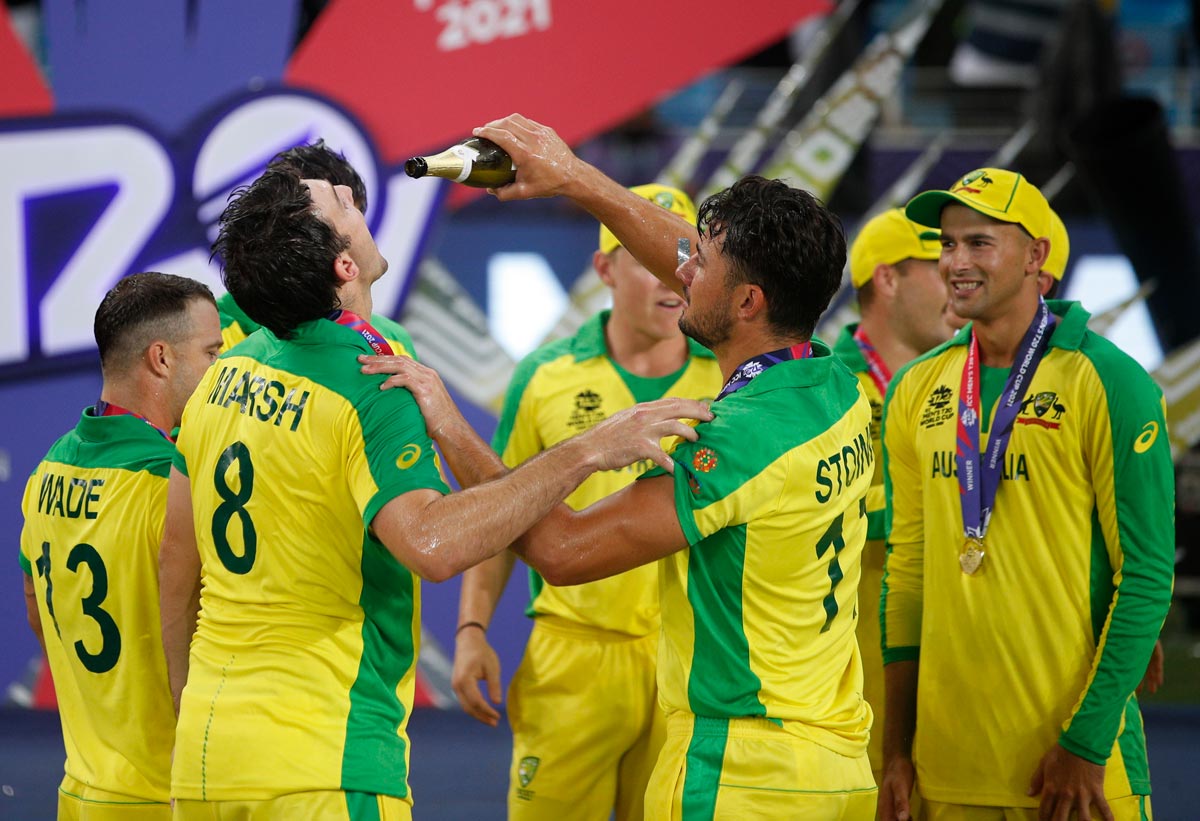 IMAGE: Mitchell Marsh and Marcus Stoinis — West Australia team-mates and buddies since their childhood — celebrate victory.
If Stoinis played a key role in getting the Aussies to the final in that tense semi-final against Pakistan, Mitch played a flawless knock on Sunday and forever extinguished doubts about his ability.
Photograph: Hamad I Mohammed/Reuters 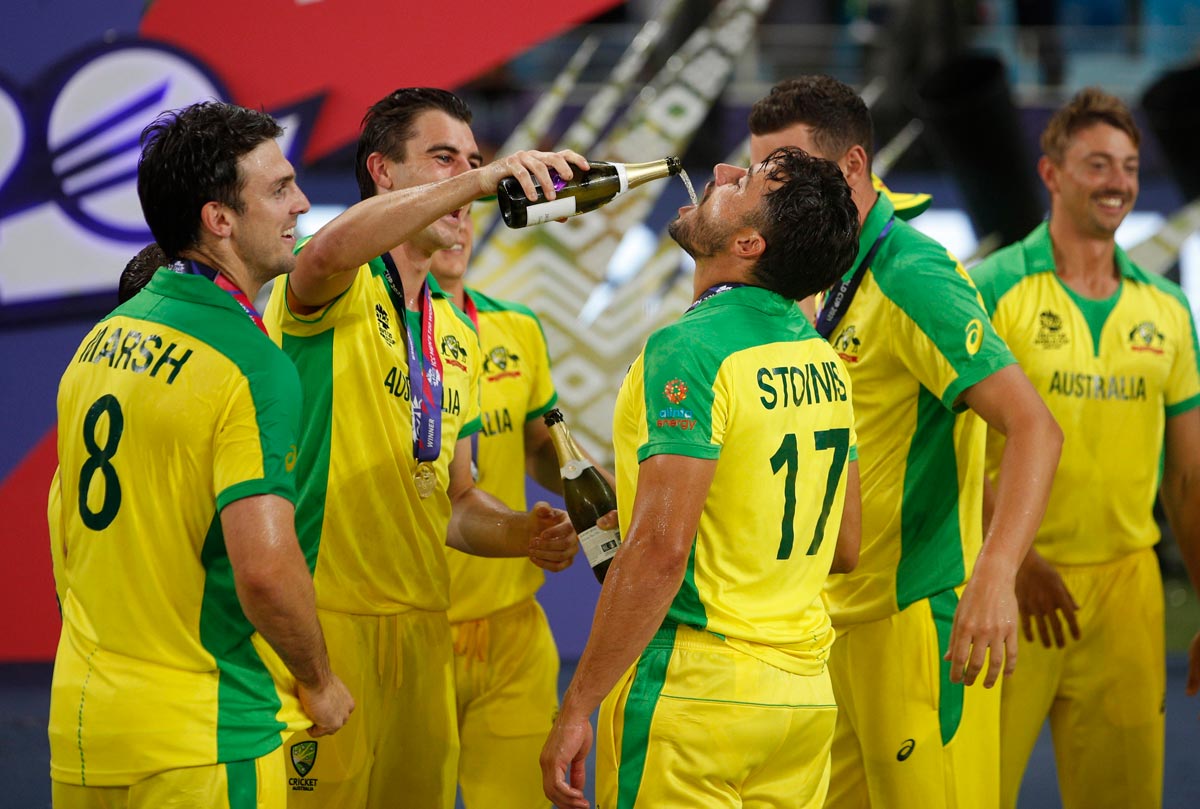 IMAGE: It’s Pat Cummins’s turn to treat Marcus to some bubbly as Mitch looks on.
All three Aussies will be much sought after at next year’s major IPL players auction.
Cummins currently plays for the Kolkata Knight Riders while Stonis turns out for the Delhi Capitals.
Sunrisers Hyderabad signed Mitch for IPL 2020, but he dropped out with an injury.
Photograph: Hamad I Mohammed/Reuters 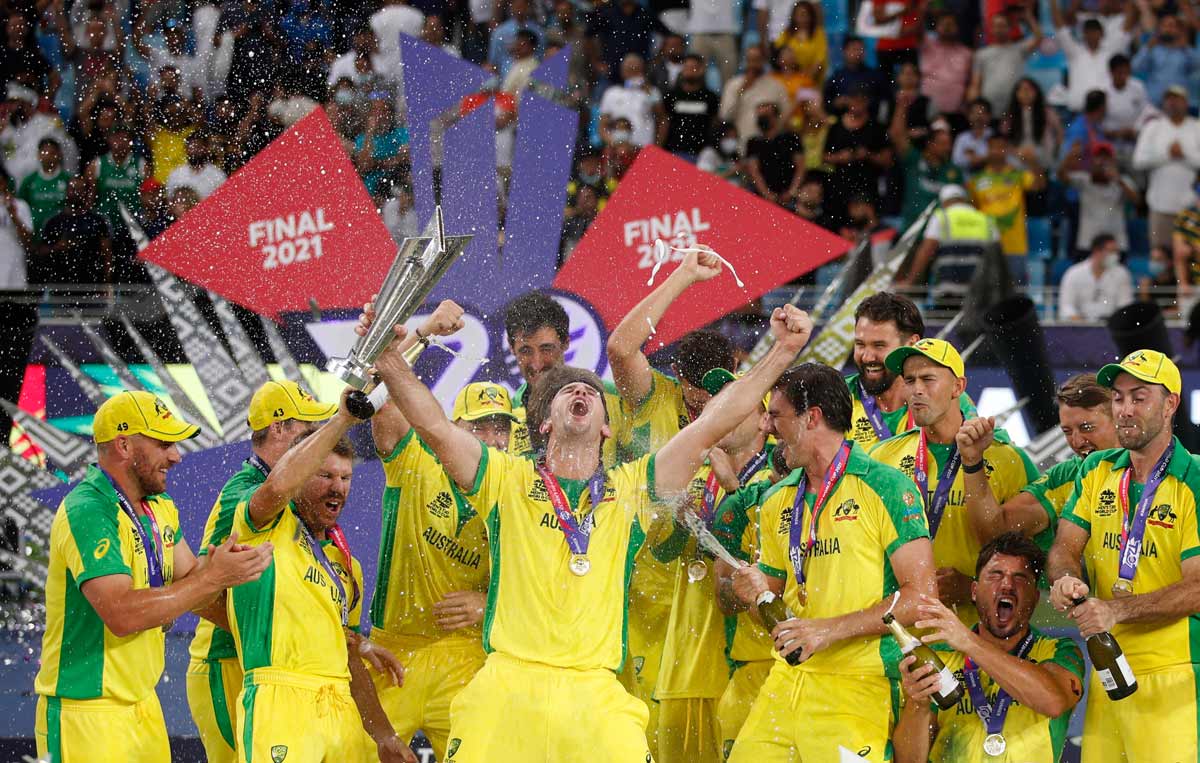 IMAGE: When Australian social media dissed Mitch for his poor form some years ago, his sister Melissa, an Australian basketball star, angrily rose to her kid bro’s defence.
Mitch comes from Aussie sporting royalty. His dad Geoff Marsh — who Indians of a certain vintage will remember for his stodgy presence alongside David Boon at the top of Allan Border’s batting order — is the only Test player (along with Walter Hadlee [Dayle and Richard] and Lala Amarnath [Mohinder and Surinder]) to have two sons play Test cricket.
Geoff’s eldest kid Shaun, a stylish left-hander, played 38 Tests, 73 ODIs and 15 T20Is for Australia.
Photograph: Hamad I Mohammed/Reuters 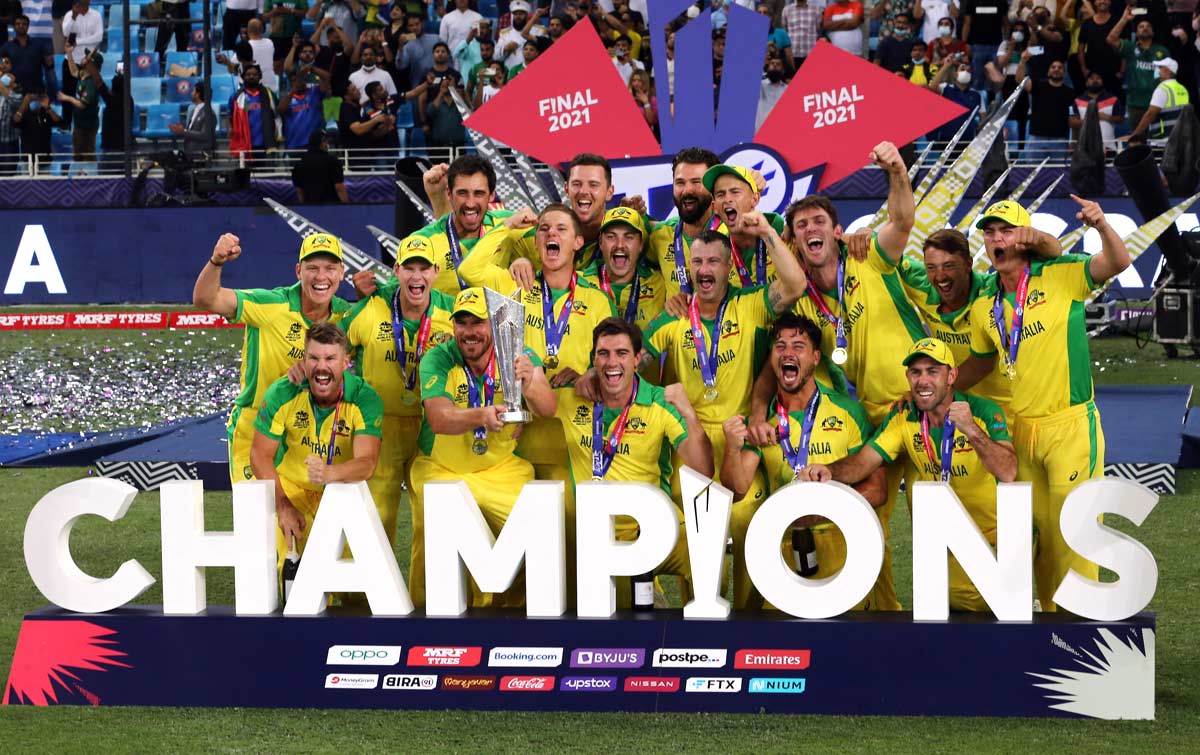