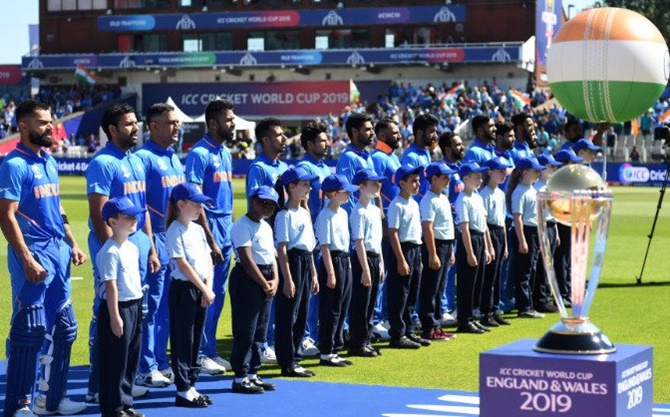 India, on Thursday, dethroned England to rise to the top of One-day International rankings, just three days ahead of their blockbuster World Cup clash.

As per the latest rankings released by the ICC, India led the chart with 123 points, followed by World Cup hosts England (122) and New Zealand (114).

The first team to reach the semifinals of the ongoing edition, defending champions Australia are placed fourth with 112 points.

However, if India lose to the West Indies on Thursday, they will slip one point behind England.

India and England are due to play in Birmingham on June 30.

If India win that match after beating the West Indies, they will move to 124 points with England dropping to 121. On the other hand, if England win, they will move back to top position with 123 points and India a point behind them.

If India lose to the West Indies but beat England, they will remain ahead with 122 points to England’s 121.

However, England will gain a lead of three points if they beat India after India lose to the West Indies. England will reach 123 points in such a scenario with India on 120 points.

India have exhibited top form in the showpiece, winning four matches with one game being washed out. While England wobbled after a good start and will need to do well in their last two matches.