‘Kuldeep understands that in India, Ashwin and Jadeja will be our first choices because they give us so much more with the bat as well’ 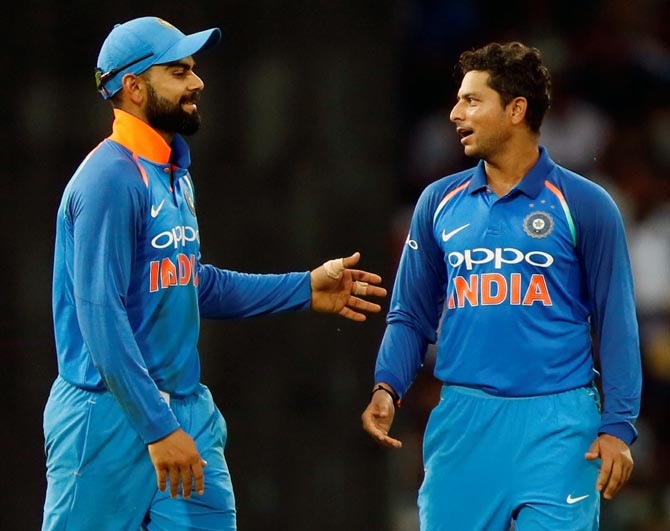 India captain Virat Kohli is happy that his team has ‘bought’ into the philosophy of ‘selfless attitude’ and ‘flexible thinking’ which has led to a transformed Mohammed Shami and an aware Kuldeep Yadav.

From an injury prone talent to the most potent seam bowler on flat decks, according to the skipper, Shami’s journey has been nothing short of fascinating.

“Now, he (Shami) is taking the responsibility. We don’t need to push Shami anymore. We don’t need to tell him ‘come on, you need to bowl this spell for us’. He wants the ball, he understands the situation when he’s given the ball,” Kohli said on the eve of the second Test, in Pune, on Wednesday.

If Shami is at one end of the spectrum, there is young chinaman Kuldeep, who must be wondering where he has gone wrong after having picked up five wickets in the last Test that he played (against Australia at Sydney).

The skipper said that even Kuldeep knows the reason why he is not in the Test eleven.

“No one is self-centered and everyone is thinking about what I can do for the team. It’s the same about Kuldeep. He understands that in India, Ashwin and Jadeja will be our first choices because they give us so much more with the bat as well.”

In the past few years, the Indian team management has often changed their combinations going into successive Tests and skipper Kohli wants everyone to see the results and understand why it has been done.

“Lot has been spoken and said about the system that we have followed over the last two years. The only thing that matters to us is wanting to win as many games as we can and have been able to do that,” said Kohli.

“We have the least losing percentage in the last three years and there is a good reason for that. We obviously are flexible but as I said it can’t be possible if the team doesn’t buy into it. The guys have bought into it,” said Kohli, who has lost only one Test (vs Australia at Pune in 2017) at home as the Indian captain.

Talking about Shami, the skipper once again spoke about how Shami’s ability to get movement off the pitch makes him deadly even on the most unsuitable surfaces for fast bowling.

“I think on the pitches we play, I don’t see anyone with so much seam movement apart from him (Shami),” the skipper said.

What makes Shami stand apart is his ability to do it regularly when situations look hopeless.

“He is someone who can change the complexion of the match totally when you don’t see it coming. His skill is obviously there for everyone to see. Especially, in the second innings, when the situations are difficult he comes in and does the job every time. It’s great,” said Kohli. 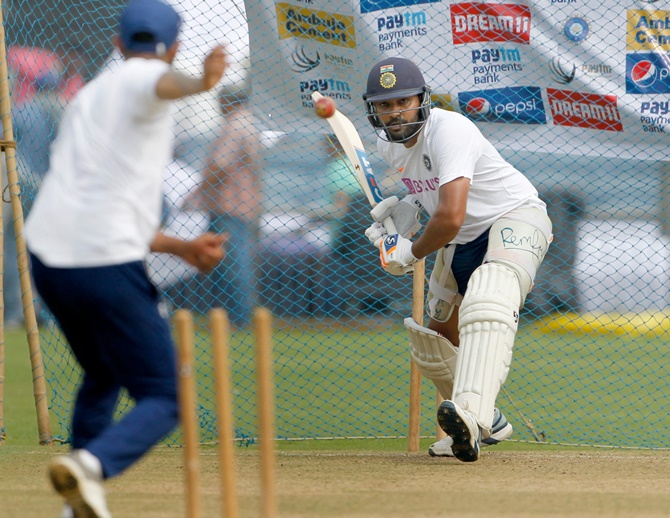 Players accepting responsibilities at different stages of the game is something that has ‘amazed’ the captain.

While there has been sporadic rain with forecast of further downpour during the course of the match, the skipper didn’t seem very interested in changing his team combination.

“More or less, our team is settled and I don’t think pitch will play that big a factor because when the pitch is damp, it turns as well. It’s not that only seamers are predominantly effective, spinners will also be effective on all five days,” said Virat, effectively dismissing suggestions of playing a third seamer.

“Unless you have a pitch that has total grass coverage, only then you think of combination too much. Because you do know that it will dry out at some stage and you can’t go with one-sided (one dimensional) attack and not have balance,” he explained.

When he was asked whether Rohit Sharma has ‘fulfilled’ his expectations as an opener, he said in jest: “It’s overflowing and just not filled.”

And then, urged the media to stop dissecting Rohit the opener.

“Come on, give the guy a break now. He’s done well, let him enjoy his batting at the top of the order. Let him just have fun like he does in white ball cricket. Stop focussing on what Rohit is going to do. He’s in great space.”