The 5-0 loss means Arsenal is without a point, or even a goal, from its three matches so far this season. 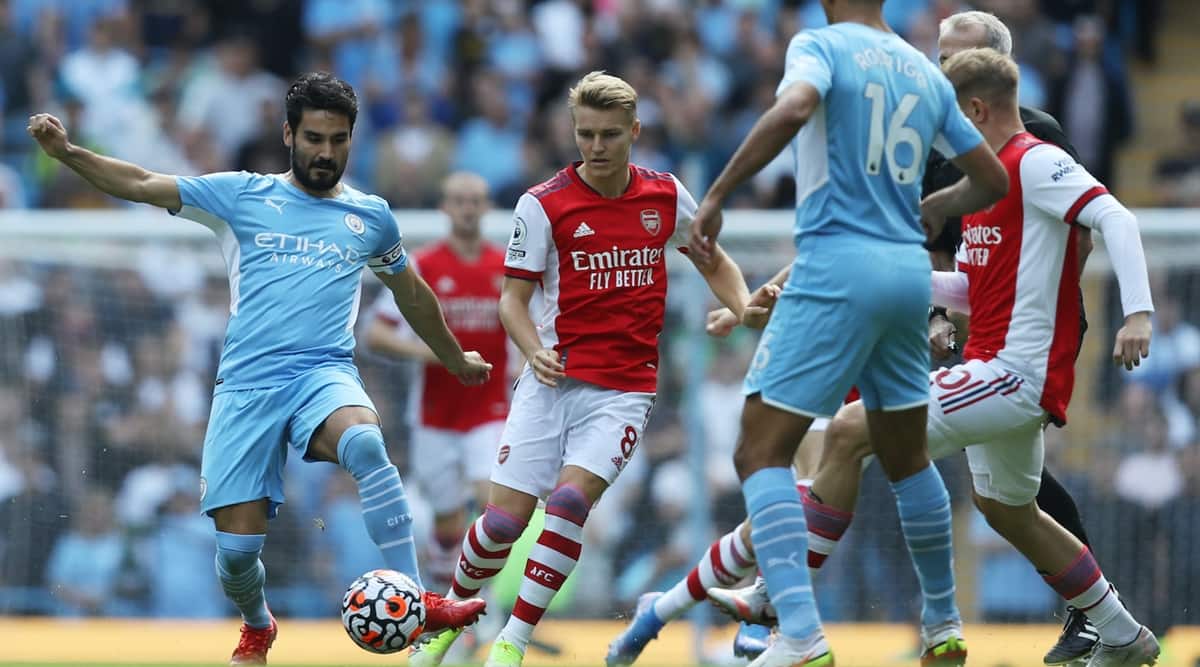 Manchester City made light work of a hapless 10-man Arsenal with a 5-0 win in the Premier League on Saturday, a result that means the Gunners have lost their opening three league games of a season for the first time since 1954-55.

Arsenal coach Mikel Arteta, back at the Etihad Stadium where he worked as an assistant between 2016 and 2019, watched in horror as his team fell apart early on, with Ilkay Gundogan and Ferran Torres giving City a 2-0 lead inside 12 minutes.

The visitor remained master of its own chaotic downfall as Granit Xhaka inexplicably got himself sent off for a two-footed lunge in the 35th minute, making an already difficult task that bit more challenging for Arteta’s men.

City could then afford to take its foot off the gas but the goals still flowed as British recording signing Jack Grealish set up Gabriel Jesus for City’s third just before halftime.

Rodri added a fourth early in the second half, before Torres scored his second late on to complete a miserable afternoon for Arteta and his side.

Another loss means Arsenal is without a point, or even a goal, from its three games so far this season, while City, temporarily at least with rivals in action later in the weekend, is back on top of the standings.