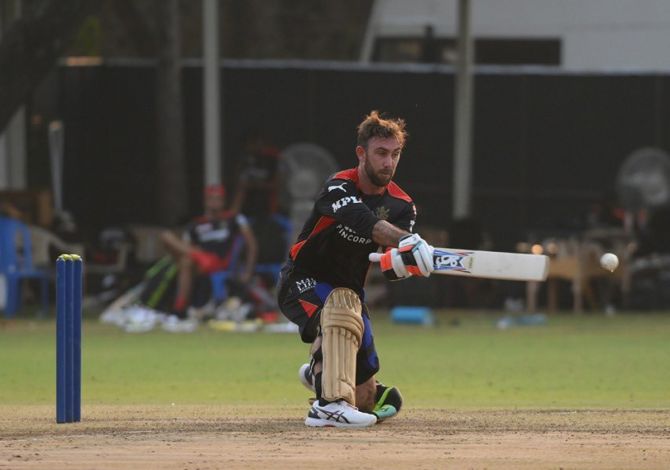 Royal Challengers Bangalore have always struggled to put together the perfect combination for their playing XI, but this year they could look to start things differently.

Reason? Glenn Maxwell is in the mix and the Aussie — if he is in the mood — can provide stability and firepower in the middle order.

RCB bought Maxi, who was released by Punjab Kings after an ordinary IPL 2020, for a whopping Rs 14.25 crore (Rs 142.5 million) at the IPL 2021 auction after a bidding war with the Chennai Super Kings.

On Tuesday, RCB posted a pic and video of Maxi in the team’s colours.

Maxi’s stroke play was confident as he took on the RCB bowlers, playiog a series of switch-hits and reverse sweeps.

The 32 year old first watched the RCB nets from the sidelines alongside Director of Cricket Operations Mike Hesson. Maxi then engaged in a hilarious interaction with the IPL’s most popular player, Yuzvendra Chahal.