If Emma Raducanu managed to get any sleep before making her Court One debut at Wimbledon on Saturday, it is unlikely that even in her dreams would she have seen herself reeling off eight games in a row in a 6-3, 7-5 third-round win over Sorana Cirstea.

The 18-year-old is a symbol of Britain’s multi-cultural society, having been born in Canada to a Chinese mother and Romanian father, but on Saturday she was being hailed the world over as she produced an electrifying performance to reach the Wimbledon fourth round on her Grand Slam debut.

“This is by far the biggest court I have played on, so I think I coped quite well; it was a tight match, I was 3-1 down (in the first set) and tried to hold my nerve. You really got me through the whole match,” a delighted Raducanu told the crowd.

“Who’d have thought? When I was packing to come into the bubble my parents were like: ‘Aren’t you packing too many pairs of match kit?’ I think I will have to do some laundry in the hotel tonight.” 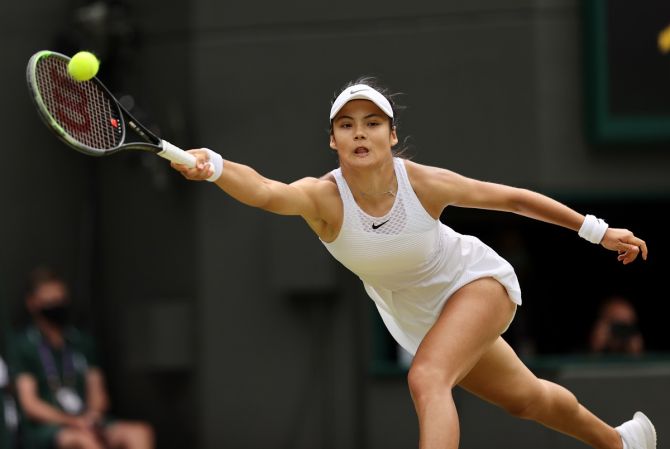 Two months ago Raducanu was sitting school exams and until a month ago she had not even contested a match on the main WTA Tour. In a whirlwind few days, Raducanu has dumped out Vitalia Diatchenko, 2019 French Open runner-up Marketa Vondrousova and 45th-ranked Romanian Cirstea.

Not bad for a wildcard ranked 338th in the world.

Raducanu, who a few weeks ago was too busy to spend any time on court as she put all her energy into swotting for her ‘A’ levels in maths and economics, belied her age and lack of experience to storm back from 3-1 down in the first set to move 6-3, 3-0 ahead in the contest.

The Toronto-born teenager earned her first standing ovation of the match when she conjured up an eye-popping backhand lob to win the first set.

She squandered three break points while attempting to win her ninth game on the trot, with Cirstea recovering from 0-40 down to stop the rut. 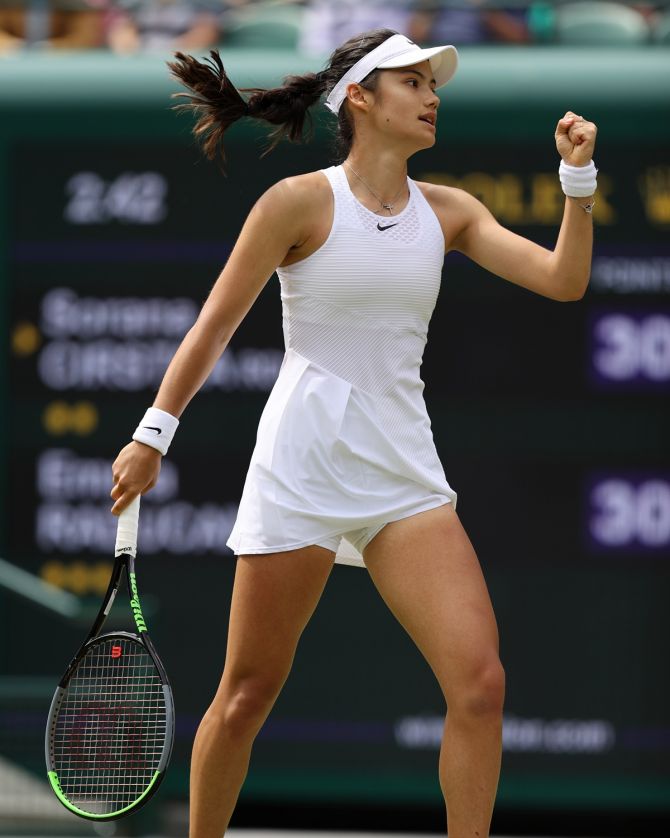 However, nothing could tame the fearless brand of tennis that kept flowing out of Raducanu’s racket, over and over again.

Even when she missed out on five break points in a 15-minute game that stretched to nine deuces at 4-3 up in the second set, Raducanu remained unfazed.

It was difficult to believe that for all the experience the 31-year-old Cirstea had carried on court, she was the one whose head was left in a spin as 30 Raducanu winners blazed past her.

A netted forehand ended Cirstea’s ordeal, leaving a beaming Raducanu to sink to her knees in her moment of triumph while the roaring crowd jumped to their feet to hail the arrival of a new British sporting hero.

“I had never heard of Emma Raducanu before this week and the whole world will know about her now,” gushed three-time Grand Slam champion Tracy Austin.

“This is incredible. This is the beginning of a huge career. This is a match that only comes in your dreams.”

Raducanu will next play Australia’s Ajla Tomljanovic, who will also be on unfamiliar territory having reached the last 16 at Wimbledon for the first time.