Alexandre Lacazette, who is Arsenal's top scorer in the Premier League with 11 goals so far, found the net in consecutive games before the international break, including the winner against Spurs. 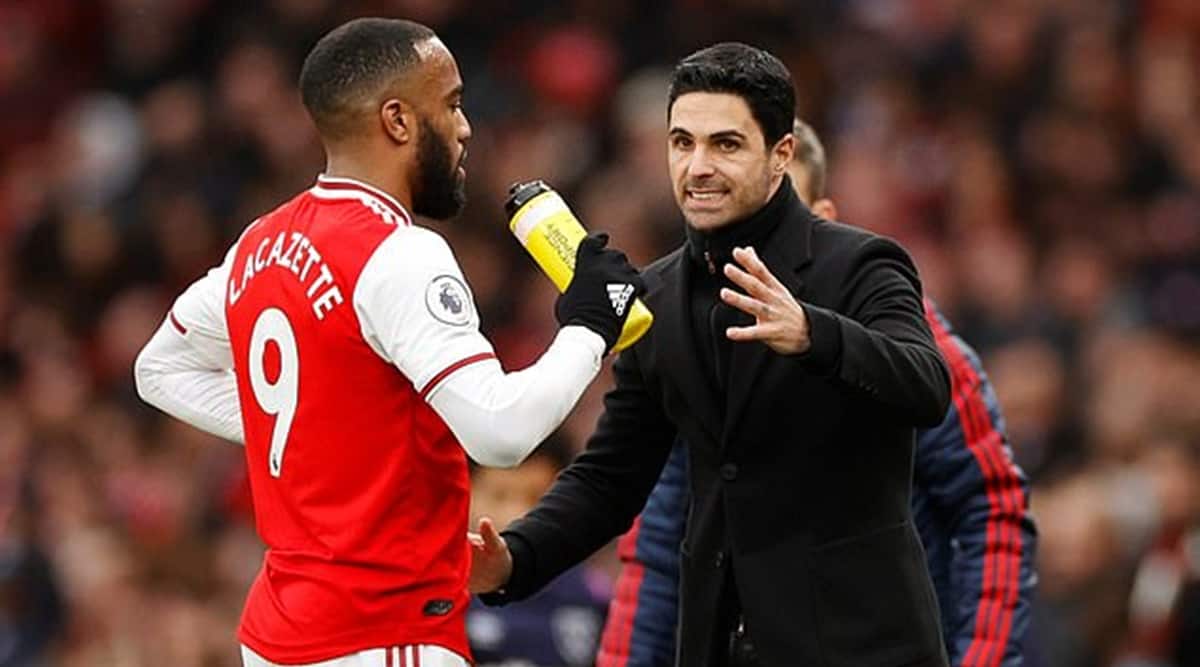 Arsenal manager Mikel Arteta is happy to hear French forward Alexandre Lacazette is attracting interest from European clubs as it is a testament to his goalscoring form in recent weeks.

Lacazette, who is Arsenal’s top scorer in the Premier League this season with 11 goals, found the net in consecutive games before the international break, including the winner in the north London derby against Tottenham Hotspur.

The 29-year-old will have one year left on his Arsenal contract at the end of the season and has been linked with Atletico Madrid, AS Roma and Sevilla in recent weeks.

“I am always happy when people talk about our players and speculate, that means they are doing well and they are getting attention from other clubs,” Arteta told a news conference ahead of Saturday’s home league match against Liverpool.

“The situation with Laca we’ll address in the summer, speak to him and just propose the future that we want – and that’s it.

“He’s scoring goals and he’s providing the team with something different as well. His work rate has been phenomenal and it’s what we want.”

Lacazette is expected to lead the attack against champions Liverpool but doubts remain over the availability of winger Bukayo Saka, who pulled out of the England squad with a hamstring problem.

“Bukayo hasn’t trained with the team yet,” Arteta said. “He’s been doing some individual work.”

Playmaker Emile Smith Rowe is also a doubt for the weekend’s match at the Emirates Stadium after he missed England Under-21’s victory over Croatia on Wednesday.

“He has some discomfort in his hip,” said Arteta. “We will see today how he comes (back), speak to the doctors and the physios and see if he’s available for training tomorrow.”

Arsenal are ninth in the standings with 42 points from 29 games, four points and two places behind Liverpool.